Are you sure?
No Yes
Home    5 Things to Know About the Spectacular Razor House in La Jolla

The spectacular Razor House in La Jolla, CA, just sold for $20.8 million. At that amount, it notches the most expensive home sale in La Jolla, an upscale locale within San Diego. The buyer is rumored to be Alicia Keys, according to the Wall Street Journal.

Some Marvel fans have suggested that the ultramodern structure is reminiscent of the home of billionaire Tony Stark in the movie “Iron Man.”

The homes do bear a likeness—both are dramatically perched high above the Pacific Ocean, and exude a minimalist, sleek styling. But there’s a big difference: The Malibu residence in the movie is a digital creation. The Razor House, of course, is very real.

Designed in 2007 by San Diego–based architect Wallace E. Cunningham, the concrete and glass structure takes advantage of the spectacular landscape. The eye-catching style, with its walls of glass and sharp angles, is named for a local natural monument, Razor Point.

The cantilevered design offers breathtaking views of the Pacific Ocean.

“It’s just one of the most beautiful homes,” says listing agent Matt Altman of the Altman Brothers. “Everything is just one of a kind there.” First listed for $30 million in 2018, the property sat on the market until the Altman Brothers recently took over the listing—and within a week they found a buyer.

The seller, Donald Burns, is the inventor of magicJack, a device that allows you to make calls from your computer. He purchased the property in 2011 as a second home for $14,097,000, according to real estate records.

Burns focused on the interiors, which were unfinished after the original owner declared bankruptcy. 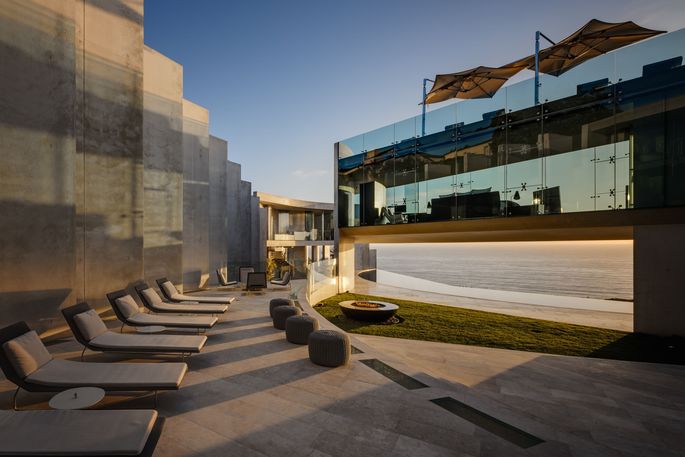 4. Inside—high-tech perks and views for days

The 11,545-square-foot layout features six beds and 6.5 baths. With frameless glass throughout, there are water views from almost every room in the house.

In addition to a huge, circular living room, the home features a library with a glass-and-steel pool table. The two master suites features jaw-dropping views of the ocean.

The main kitchen offers high-end appliances, and a family room includes wine cabinets, along with an 85-inch, ultrahigh-definition TV.

For the cinematic home, a theater is a must. This one features tiered floors, acoustic walls and ceiling, a curved screen, and high-definition digital projector.

Outside, you’ll find expansive terraces, including a rooftop entertaining space and barbecue area, as well as a gleaming, infinity pool.

The property comes with a detached guesthouse as well as a “Batcave” tunnel leading to a four-car garage.

“There’s isn’t anything that wasn’t custom,” Altman says. “You have to be very friendly with anyone you invite over, because no one is going to want to leave that house.” 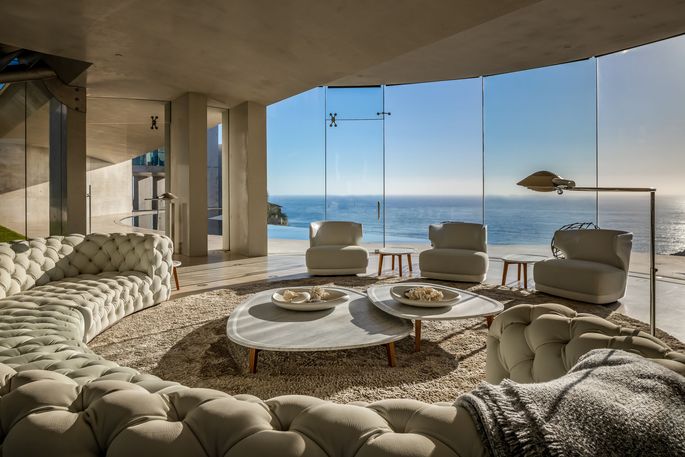 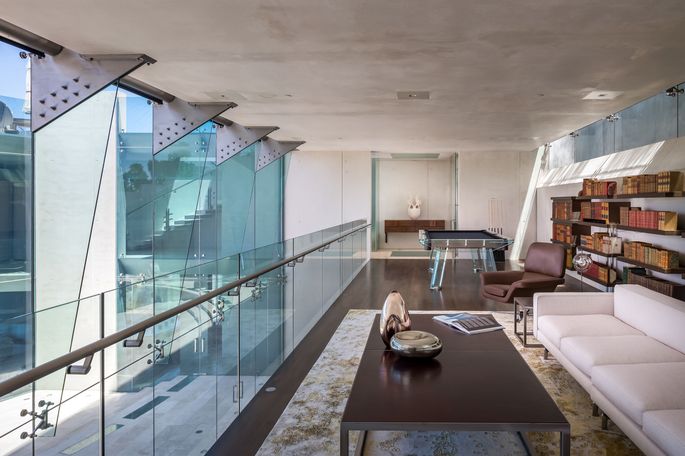 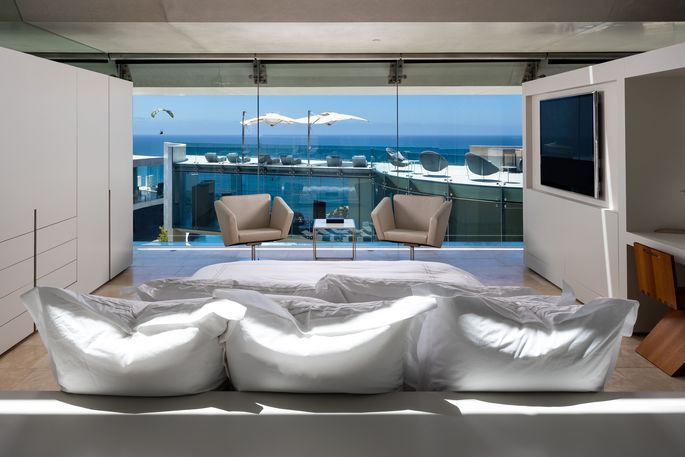 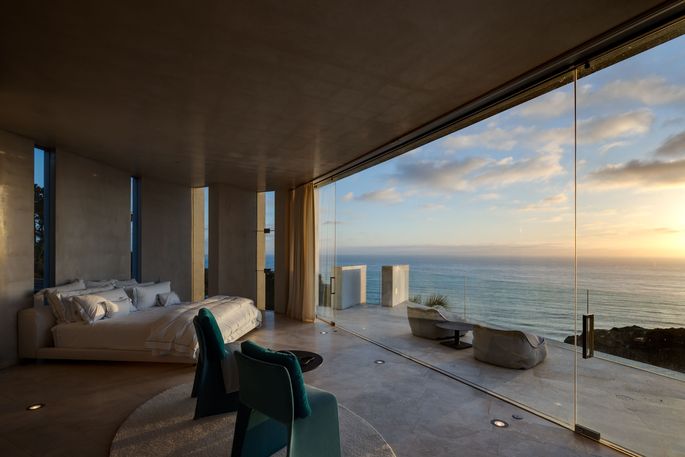 One of two master suites 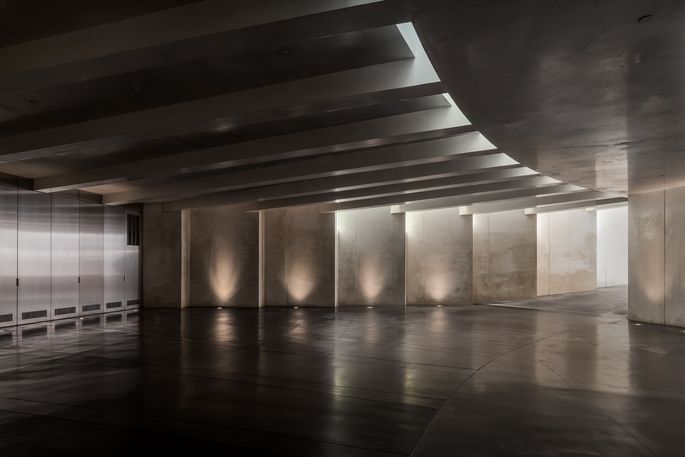 5. Razor House is a star

While this home may have provided creative juice in a Marvel movie, the real-life home has actually appeared in commercials for Visa Black Card and Calvin Klein.

And, perhaps the home will play a role in a future musical moment with its new reported owner. Keys, a 15-time Grammy winner, is currently a coach on the NBC singing competition show, “The Voice.”