Are you sure?
No Yes
Home    50 Cent’s Mansion Finally Sold at a Huge Discount. What Took So Long?

After 12 years and a more than $15 million price cut, the Farmington, CT, megamansion of rapper and entrepreneur 50 Cent has finally sold.

The 51,657-square-foot residence is under contract for $2.9 million, according to the Wall Street Journal. That’s an 84% discount from its original list price of $18.5 when it hit the market in 2007. It had languished there, undergoing price cut after price cut.

The proceeds of the sale are reportedly slated to go to 50 Cent’s charity, the G-Unity Foundation. The rapper, whose given name is Curtis James Jackson III, founded the after-school program for C-grade students in 2004.

So why did it take so long to sell?

“It was just priced too out of whack,” says luxury real estate broker Dolly Lenz of the original price tag. “There’s never been a house there that’s sold for anywhere near that number.”

The home’s somewhat remote Farmington location in central Connecticut, near Hartford, is at least an hour away from pricey Fairfield County enclaves such as Greenwich and Westport. The sale was brokered by real estate agent Jennifer Leahy of Douglas Elliman.

The rapper paid $4.1 million for the mansion in 2003—the same year his best-selling hit “In Da Club” was released. Then he dropped a reported $6 million to $10 million in renovations. 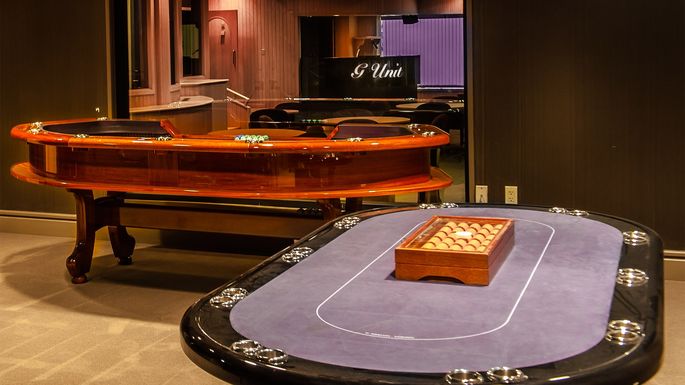 The 19-bedroom home with 19 baths and 16 half-baths has an impressive pedigree: Its previous owner was boxer Mike Tyson. It also features an indoor pool and basketball court, a recording studio, fitness center, home theater, and multiple guesthouses. At one point it even had its own stripper pole. 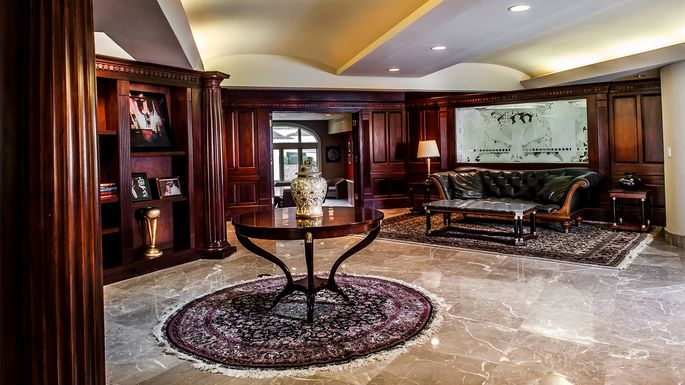 But none of that was enough to push prices up into the stratosphere. The most expensive home sale in Farmington was $2.3 million in 2018, according to national real estate appraiser Jonathan Miller. That’s quite a bit shy of $18.5 million. The median home sale price in Farmington was $301,600 in the first quarter of this year.

All sellers need to look at the comps, which are what similar homes in the area sold for, before slapping sky-high prices on their abodes, reminds Lenz. So if you’re based in the middle of Connecticut, you can’t price a home like it’s in Beverly Hills, CA.

The home’s ginormous size also worked against it. 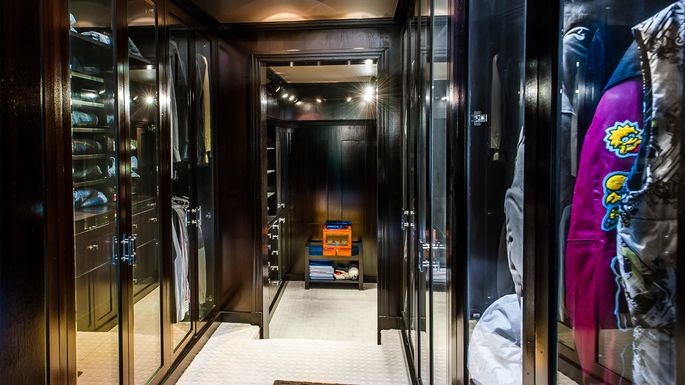 “It’s just oversized for the market,” says Miller. “When you have a property that is well outside the norm, it takes a lot longer to sell.”

With maintenance, heating, AC, and other utility bills, this one isn’t cheap either—50 Cent was reportedly spending $70,000 a month in such expenses.

“There isn’t a deep [pool] of buyers who want a humongous home,” says Lenz. “So few people can afford it. And those who can [often] don’t want to be ostentatious or stand out.”