Are you sure?
No Yes
Home    A fall in house prices would not devastate Germany’s economy

On the face of it, this tweet is far less heinous a chart crime than earlier offenders in our Axes of Evil series. But the degree to which it distorts economic reality has really riled us. There is, as @ericbeebo points out, a clear criminal element at play here.

At first glance it looks as though growth in German house prices since 1990 topped the same metric for Spain somewhere between 2012 and 2014. But take a closer look at the figures on those two separate y axes and you can see that it’s nowhere near, even today. On the most recent measure, Spain’s are up 200 per cent (from 100 to 300) and Germany’s by 50 per cent (to 150).*

There is also no source for the data. It’s not, as the tweet infers, taken from the Bundesbank.

Still, the argument that Germany is in the throes of a house price bubble is not without merit. And the Bundesbank is indeed becoming concerned about the frothiness of the market. From its latest Financial Stability Report:

According to current Bundesbank estimates, house prices in German towns and cities were overvalued by between 15 per cent and 30 per cent in 2018…

…In 2019 to date, prices have risen further, although price dynamics have moderated somewhat. 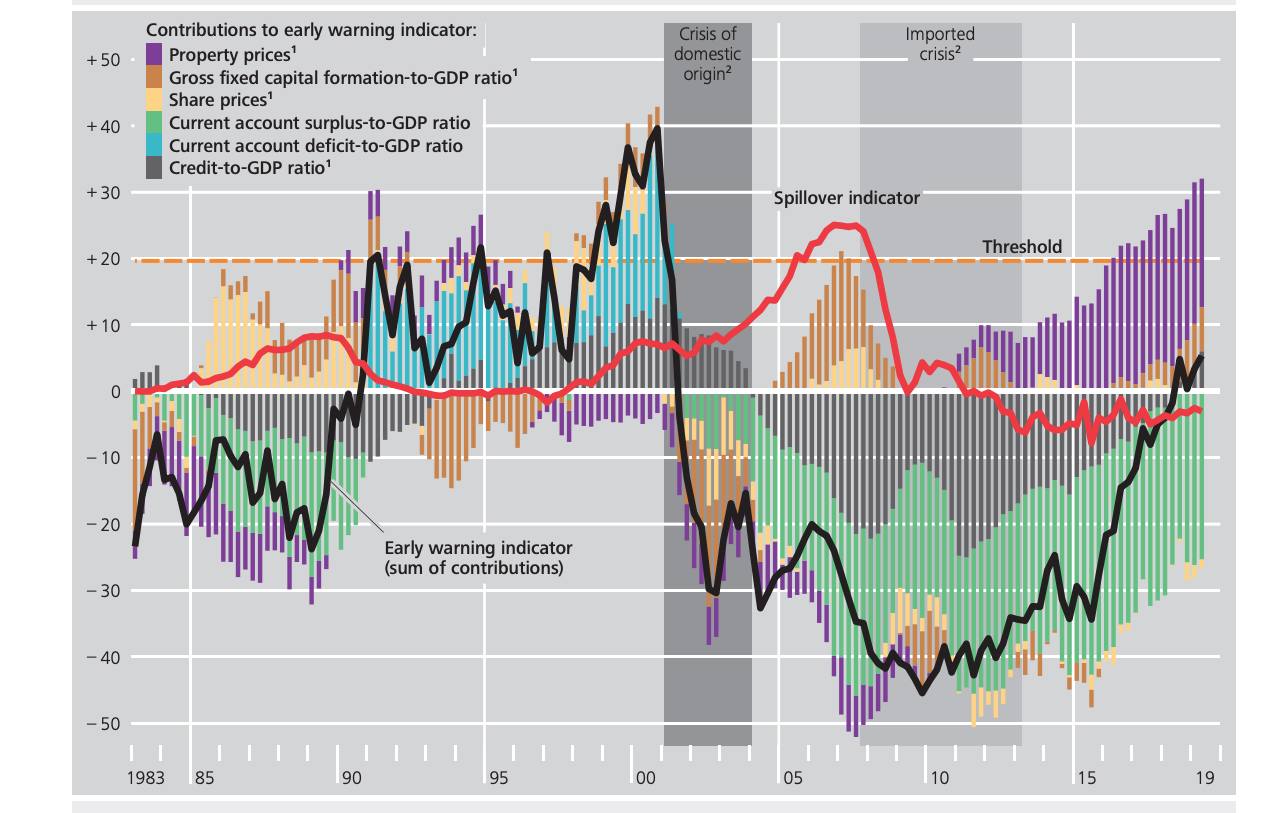 To insinuate, however, that Europe’s house price bubble has “moved to Germany” without the ECB noticing, leaving the eurozone’s economy at risk of a crash as devastating as that which blighted Spain post 2008 is misleading in the extreme.

There are several reasons why the economy here is better insulated.

The first is that far fewer Germans own their own home. While more than three quarters of Spaniards are owner-occupiers, the figure here is just over half, according to Eurostat data.

A second factor here is that, if prices do crash, homeowners with mortgages are also less likely to be as exposed to increases in interest rates. While Spanish mortgages tended to be pegged to Euribor (which tends to reflect movements in rates set by the European Central Bank), Germans tend to go for fixed rate deals — insulating them just in case the ECB does ever manage to raise borrowing costs.

A bursting of a bubble here is also less pernicious as far as the jobs market goes, as it is not the case that almost 15 per cent of workers here are tied up in the construction industry, as was the case in Spain before the crash. The proportion is much smaller, so German unemployment is not about to soar to 25 per cent, as Spain’s did, should the market crash.

Nor, as one reply to @GuntherSchnabl’s tweet noted, does the chart take into account the degree to which the rise in house prices over the past three decades — roughly the same time frame as the Berlin wall has been down — reflects the level of prosperity in an economy that has long been the region’s economic powerhouse:

A chart looking at how price-to-income ratios have risen in both countries would have provided a far truer reflection of reality.

Notwithstanding that, the German real estate market does look like a bubble and it shouldn’t be ignored, especially with the major banks here as weak as they are. There’s no cause for scaremongering though. And to imply that this is a bubble as threatening as that which befell Spain is just that.

*This sentence has been amended based on @Ellessar’s comment below.

Copyright The Financial Times Limited 2019. All rights reserved. You may share using our article tools. Please don’t cut articles from FT.com and redistribute by email or post to the web.