Are you sure?
No Yes
Home    Actor Kevin Zegers Snaps Up a New $3.75M Home in Studio City

At the very beginning of 2020, the Canadian-born actor Kevin Zegers fell in love with a brand-new home in Studio City, CA. The star snapped the five-bedroom property up before it even officially landed on the market.

In early February, Zegers paid $3.75 million for the sparkling new home in the San Fernando Valley. The place is within dog-walking distance of homes owned by many other celebrities, including Melissa McCarthy, Brian Cranston, Jamie-Lynn Sigler, and Colin Hanks.

Back in January 2019, a developer with a vision purchased the quarter-acre property for $1.6 million. The original home was quickly demolished. Taking cues from the modern farmhouse style so popular with today’s buyers, the developer then built the wood-accented, 5,455-square-foot domicile.

Neutral exterior colors and raw wood are offset by the black roof on the two-story dwelling. The only recognizable feature left on the property is the decades-old walnut tree in the front yard.

The previous home on the property was built in 1938, and had been through several transformations. It measured (a relatively measly) 2,182 square feet and had three bedrooms and three bathrooms. 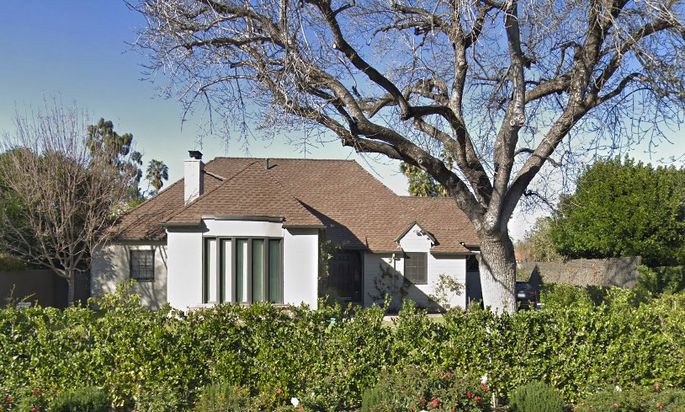 The home on the lot before the teardown

The developers were able to turn their project around within a year, and it was listed on Feb. 1. Zegers had already made a full price offer on the place, and it closed on Feb. 4.

Among the home’s fine new features are three fireplaces, one in the family room, one in the living room, and another in the spacious master bedroom. The home now also boasts a sparkling pool and spa out back.

Zegers, 35, has starred in a number of films and TV shows. He rose to prominence as the teenage star of the “Air Bud” movie series.

He went on to star in movies including “Transamerica” and “The Jane Austen Book Club.”  His TV work includes shows like “Gossip Girl, “Dirty John,” and “Fear the Walking Dead.” He’s married and has two children.