Are you sure?
No Yes
Home    Are Airbnb investors destroying Europe’s cultural capitals?

Bruno Romão owns one of the last traditional coffee shops in Alfama, Lisbon’s historic district with its maze of narrow cobbled streets and intricate tiled façades.

“All the others are now restaurants,” says one of the regulars in his café. Tourists want restaurants, she says, not just traditional Portuguese coffee.

So Romão has had to adapt. He recently opened a little dining space in a side room of his shop for holidaymakers looking for a place to eat. “I haven’t changed the place in 20 years,” he says as he surveys the tired-looking interior. “But I have changed the menu.”

Romão used to live close to his café, but after his divorce he moved out of Alfama. For him and for many citizens property prices have outpaced incomes.

Bruno Romão in his café in Alfama, Lisbon © Aleksandra Wisniewska for the FT

Since the 1980s, Alfama’s population has shrunk from 20,000 to around 1,000 today, according to Luís Mendes, a geographer from the University of Lisbon and board member of the Lisbon Tenants Association. More than 55 per cent of Alfama’s apartments are short-term rentals, he says, often let through sites such as Airbnb. 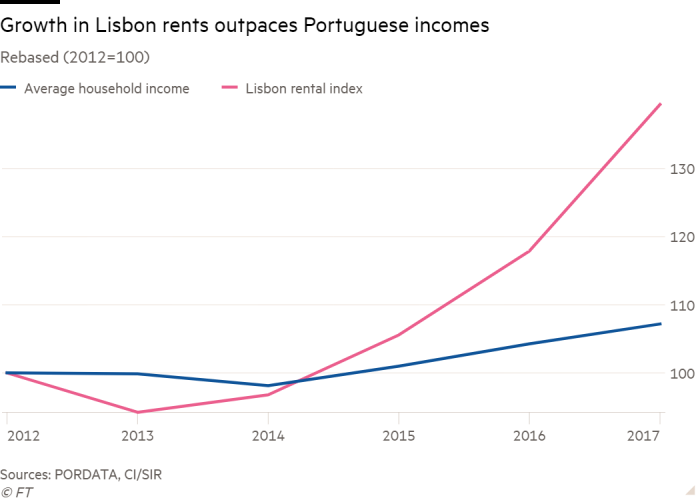 The rise of short-term lets has affected cities across southern Europe, and has been blamed for driving up property prices and hollowing out economies in some of the world’s cultural capitals by promoting tourism above all else.

But platforms such as Airbnb and HomeAway have brought significant international investment to countries that, since 2012, have been recovering from the eurozone crisis. Airbnb claims it has created new economic opportunities for millions of Europeans and, by its own count, added $100bn to the global economy last year. Many private investors have bought and renovated historic properties that were previously at risk of dilapidation as Airbnb investments.

So, is the rise of short-term rental platforms destroying Europe’s cultural centres or helping to save them? 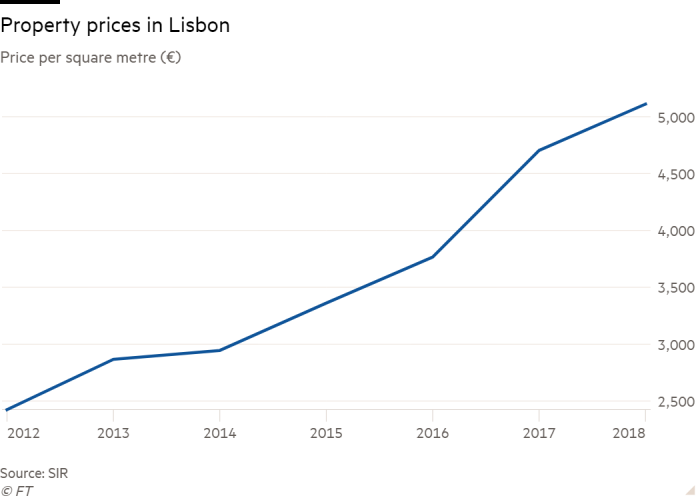 In Portugal’s capital, Mendes says the government was slow to react. “Airbnb grew and developed without restriction,” he says. “While San Francisco was imposing quotas, Lisbon was doing nothing.”

Mendes describes what happened in Lisbon as a “perfect storm”. The economic crisis, which hit southern European cities particularly hard, left the city with a 20 per cent decline in property prices per sq m between 2008 and 2013, and an unemployment rate of 17.5 per cent in 2013.

Coupled with low global interest rates, the increasing availability of cheap flights and Lisbon’s rising popularity as a holiday destination — Portugal saw double-digit growth in tourist numbers every year between 2014 and 2017 — the proliferation of properties listed on platforms such as Airbnb was inevitable. 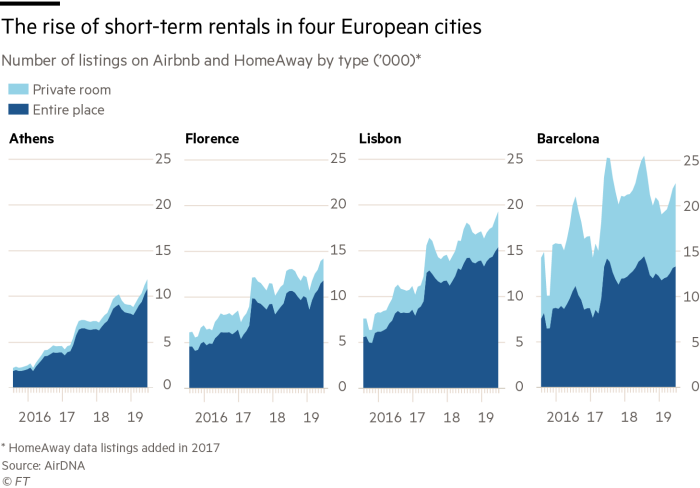 Added to that, rental law reform in 2012 gave landlords freedom to end years-long contracts at below-market values and replace them with short-term ones.

The result, Mendes says, was that the availability of long-term rentals in Lisbon decreased by 70 per cent over the past five years, pushing many local residents like Romão to the suburbs or further out, back to the towns where they were born and which they had left decades before in search of a more prosperous life in the capital.

Meanwhile, property prices have grown rapidly in the past five years, with a 12 per cent increase in the past 12 months alone, according to Marta Costa, head of research at Cushman & Wakefield’s division in Portugal.

Today, prices of new apartment in Lisbon average €6,500 per sq m, and can reach €7,700 per sq m in some of the most sought-after areas in the historic centre. Growth may be cooling off, however, Costa says. “We are at maximum historic value and the potential for increase isn’t as strong.” The Spanish city has led the way in regulation among Mediterranean countries, in an attempt to rein in the Airbnb backlash — locals have protested about rising prices and antisocial behaviour by guests. In Barcelona, the ratio of tourists to residents is five to one, compared with nine to one in Lisbon, according to the Institute for Tourism Planning and Development. “As soon as town halls around Europe realised Airbnb was a double-edged sword, they set off to work out legal frameworks to push back,” says Fabiola Mancinelli, anthropologist at the University of Barcelona.

She says that in Barcelona and other Mediterranean cities, gentrification happens alongside “touristification”: long-term residents are replaced by temporary ones. “It takes away the soul of the place and the social tissue that makes that place alive,” she adds.

As a resident of Barcelona’s historic centre, she was shocked how much the rise of short-term lets affected local families. “My two daughters go to a local school,” she says, “but long-term residents don’t want to send their children there because of high turnover — every time a long-term contract expires and families move away — my daughters lose friends.” 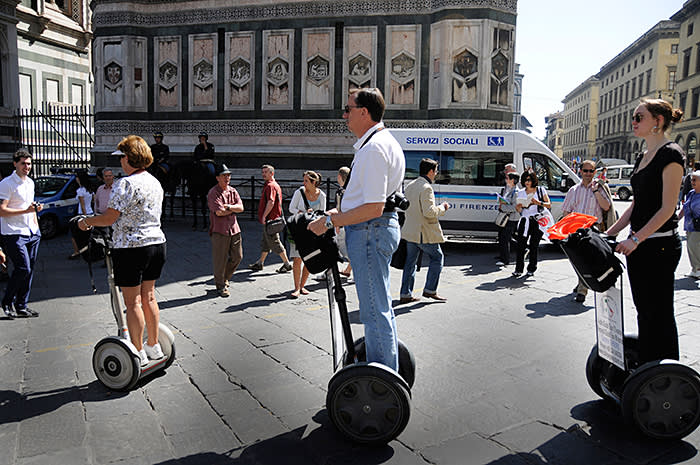 One in five properties in the historic centre is advertised as a short-term rental, according to researchers at the University of Siena, a 60 per cent growth since 2015. It is the highest concentration in Italy, more than Rome (12 per cent) and Venice (11.8 per cent).

For Diletta Giorgolo this is good news. “Airbnb has had a positive impact on the market in Italy as there is now a greater incentive for foreign investors to buy properties in Florence as they know there is a good return on investment through rental yields,” says the head of sales at Sotheby’s International Realty for central and southern Italy.

Short-term rentals in the city are seen as providing “a good steady flow of income throughout the year”, she adds.

Higher rents, however, have left local residents with little option but to move out to the suburbs. According to estimates by Sunia, the Florence branch of the national union of tenants, 1,000 Florentines leave the historic centre every year. They are priced out or evicted by landlords who are seeking more lucrative rental options, according to the organisation.

Noise, a carefree attitude to rubbish and general lack of care shown by the tourists make headlines. Lawsuits by affected neighbours pile in.

In April, a court in Thessaloniki banned a host from letting out her apartment on a short-term basis after a complaint was lodged by residents of the building where tourists held late-night parties and made the place feel unsafe.

“It comes down to urban etiquette,” says Iason Athanasiadis who rents out his apartments on Airbnb while travelling between his homes in Athens, Istanbul and Tunis. His way of keeping the balance is to limit the number of guests to three and keeping in touch with the neighbours. “It’s just as important that the guests should behave as [the hosts] making money out of their stay,” he says.

He appreciates that the ethics of short-term rental platforms are not clear-cut. He is against investing purely for profit but argues the arrival of Airbnb was good for the city’s rundown inner districts, which saw violent demonstrations during the darkest days of the economic crisis. “Many Greeks at that time didn’t want to live in the centre — there was a stigma attached to it,” he says. 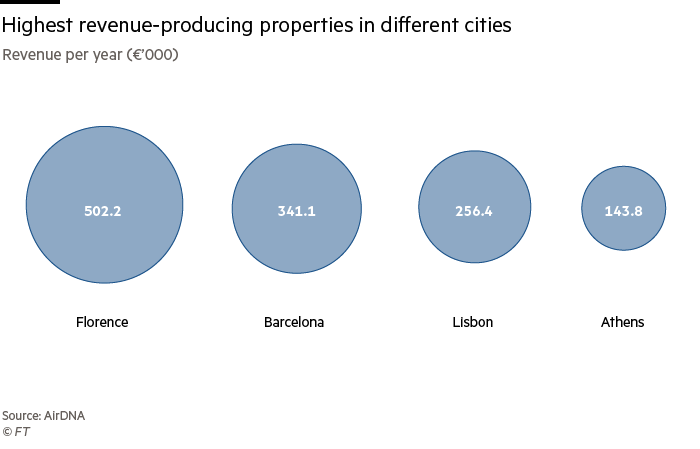 In the early 2010s, as thousands of Athenians lost their jobs and were unable to pay their mortgages, many saw Airbnb as an opportunity to save their properties, especially in the face of higher taxes, says Ares Kalandides, professor of place management at Manchester Metropolitan University.

However, about two years ago he noticed a change. “International investors moved in and started buying over-debted apartments from the Greeks,” he says, adding that the market had morphed from distributed ownership to a handful of investors with 100 or even 1,000 units in Athens.

Airbnb rejects his figures. “There is no host in Athens with 1,000 listings,” says the company. It calculates that 83 per cent of host accounts in Athens have only one entire-home listing.

“We take local concerns seriously and want to continue working with everyone to ensure home sharing continues to grow responsibly and sustainably, like we already have with more than 500 governments and organisations around the world,” it adds.

Back in Portugal, the rules around short-term rentals are changing. At the end of last year, regulatory powers were devolved to municipalities, so that areas of central Lisbon and Porto need not enforce the same rules as resorts in the Algarve. The number of licences for short-term accommodation in Lisbon was capped in seven of the city’s 24 neighbourhoods — those most affected by the influx of foreign visitors, says Mendes.

The prospect of these regulations loom large for investors such as Gail and Miles Curley from the UK, who own five apartments in Lisbon’s Avenida da Liberdade that they rent out on a short-term basis through platforms such as Airbnb, TripAdvisor and Booking.com.

If the city were to follow the example of Paris and cap the number of days a year for which the flats can be rented, the Curleys would have to stop. “It immediately kills the business rationale,” says Miles, a former City lawyer who first came to Lisbon in 2001. 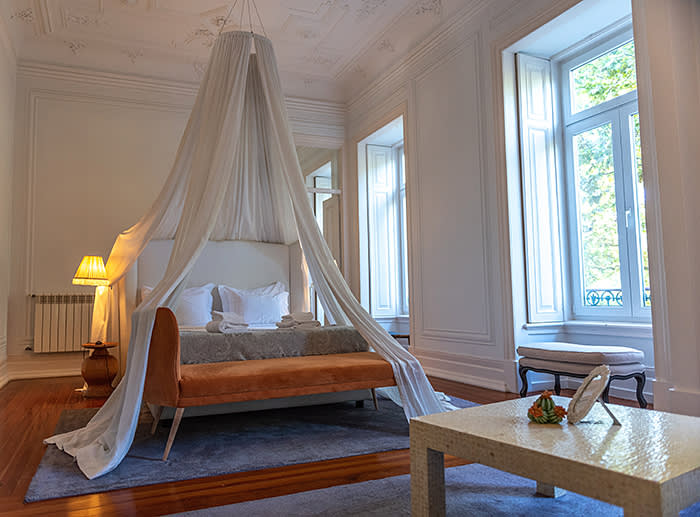 The couple made their first investment in 2011, when he says Avenida da Liberdade was largely deserted and derelict. They struggled to rent out their homes for a year before they decided short-term rental was the way to go, joining many other property buyers who rode the wave of the 2012 rental reform that unfroze rents, allowing services like Airbnb and Booking.com to expand.

“There’s been perhaps an excessive boom with people coming and investing but the flipside is that the city got a real facelift,” says Curley, echoing those who see the expansion as a turning point for the local economy.

The post-crisis injection of foreign investment helped redress the crumbling heart of the capital. Today, Avenida da Liberdade is referred to by some as the Champs-Elysées of Lisbon. In the waterfront neighbourhoods of Alfama and Baixa, the colourful town houses were renovated and “given a second life”, according to Luís Araújo, president of Turismo de Portugal.

“Airbnb is an answer to a demand from tourists,” says Araújo. “Not having an answer is not being a competitive destination,” he adds. Araújo’s office is working on an ambitious plan for 2027, hoping to increase overnight stays by 60 per cent to 80m.

“We see it [the rise of Airbnb] as a positive contribution to our tourism and recovery of the cities and for the owners of local lodging,” he says. 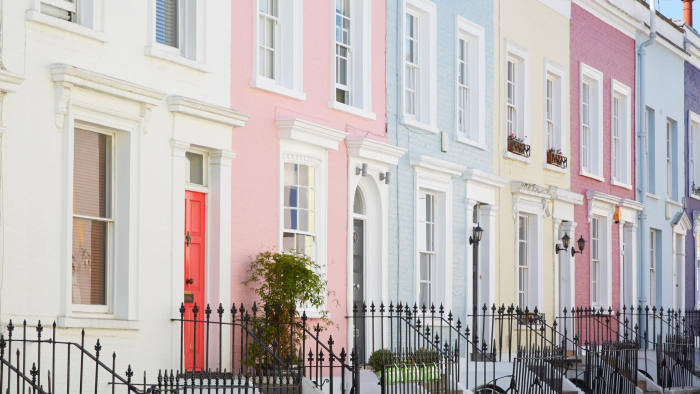 Maria Leonor Rolo Duarte, president of Citizenship Academy that advocates active citizenship and sustainable development, disagrees. “You can’t have growth that never ends,” she says. “It’s like medicine: if you take too much, it’s not good for you.” As a member of the wider campaign platform Morar em Lisboa (Living in Lisbon), she advocates imposing limits and introducing regulation on short-term rental platforms to strike a better balance between the needs of tourists and priced-out locals.

For Eduardo Miranda, president of the Association for Local Accommodation in Portugal (ALEP), everything comes down to “smart management”. He says that 60 per cent of what are now Airbnb rentals in Lisbon stood empty before renovation.

In his view, the historic centre stopped catering to locals’ needs a long time ago. Some 92 per cent of buildings have no lifts, there are few parking spaces and no local schools, he says. “An average house in Alfama is 30 sq m — this is not a house for a family.”

We would like to know what our readers think. Is the proliferation of short-term rentals a force for good or bad? Share your thoughts in the comments below.

Previous article
Lendlease urges Brexit accord to avert ‘hard landing’
Next article
Heavenly Hamptons Retreat Where Sienna Miller Just Stayed Can Be Yours for $11.25M