Are you sure?
No Yes
Home    Can’t Afford Life in the Big City? We’ve Found 11 Bargains in the Burbs

As prices in America’s biggest and most sought-after cities continue to soar, those without fat trust funds or high six-figure incomes are facing a tough choice. They can continue to pay sky-high rents and mortgages to live in cramped hamster cages—or they can head to the suburbs where they can score way more space, good school districts, and even honest-to-goodness backyards for their money. And, just maybe, they could even have some cash left over for nest egg building!

But those who think they’re going to find cut-rate bargains in the most desirable burbs—the ones with short commutes to their urban meccas, cute and walkable downtowns, and plenty of fun stuff to do—had better think twice. In fact, housing prices in suburbs have jumped 57.3% since 2013, according to realtor.com® research. Yeah, that still beats prices in major cities, which have skyrocketed a whopping 93.4% during that time. But high costs are pushing buyers on budgets farther and farther out.

Don’t panic, urban escapees! The realtor.com data team set out to find the most affordable suburbs outside of the nation’s largest cities that combine reasonable commutes with low crime. They’re cheaper than their better-known counterparts because these sleepier, predominantly working-class towns tend to be farther from the heart of the cities they surround. And they don’t offer as many places to grab a bite or a drink on a Friday night. But that’s a trade-off many cash-strapped, aspiring homeowners are willing to make.

“As more people look to the suburbs for affordability, homes are harder to find there, too,” says Danielle Hale, chief economist of realtor.com. “Buyers not willing to go farther out may have to make other trade-offs such as accepting a smaller home or buying a home in need of renovation.”

To find these top affordable suburbs, we started by looking at ZIP codes in the 11 largest metropolitan areas,* excluding those within the city limits. Next we filtered out places with violent crimes above 50 on an index of 100 from Sperling’s Best Places. We kicked out places where rush-hour commutes to the city centers topped an hour. Then we ranked the remaining ZIPs by median home list prices between April 2018 and March 2019. (Some of these suburbs are across states lines from the core city.)

So where can your suburban dreams become reality? 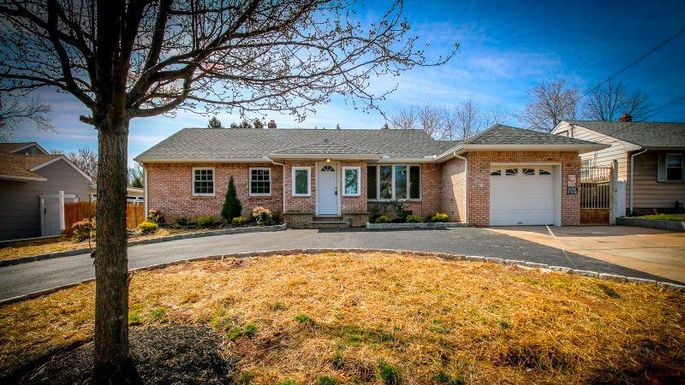 Stroke-inducing prices for restroom-sized co-ops and condos in Manhattan have long pushed folks into desirable Jersey burbs such as Maplewood and Montclair. But with their opulent homes and chill vibes, those places have become overpriced for a lot of folks. That’s why more people are looking at Hillside, which lacks a quaint city center but still has an urban feel with street blocks lined with unique older homes. And it’s just a short hop to Newark Liberty International Airport.

Reality check: The schools here aren’t as highly rated as they are in some of those better known towns closer to NYC, and there are certainly fewer fine dining options. But on the plus side of the equation, “it has some old, beautiful Victorian homes,” says mortgage lender Dante Puorro of Caliber Home Loans, in Florham Park, NJ.

To put these prices into perspective, home prices in Hillside, only about an hour away from midtown Manhattan, are nearly 14% less than the national median of $310,000. And they’re just a fraction of the $1.45 million median price tag in Manhattan. 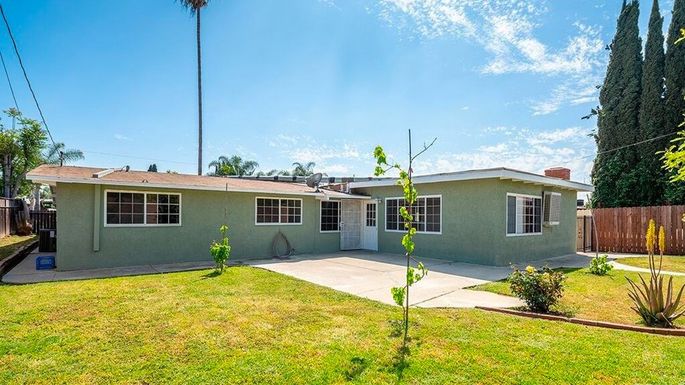 We named Los Angeles the worst place in the nation for the middle class last year because home prices are so out of whack with what folks are earning. This is why lower-priced suburbs like La Puente, about 20 miles east of L.A., are getting more attention.

“We’re seeing a lot of younger families find places in La Puente because it is one pocket where they can still find something affordable,” says real estate broker Mel Wilson of Mel Wilson & Associates. This suburb, which includes Industry City, is just off the highway and has streets lined with one-story ranches with fenced yards priced around $500,000. That might sound high until you remember the median price in L.A. proper is $899,000.

The multibillion-dollar Gold Line light-rail extension currently underway just north of La Puente will make commutes in L.A. easier and faster—and is expected to give home prices a big boost by the time the next phase is completed in 2026. It’s also anticipated to pull in more dining and entertainment options nearby. 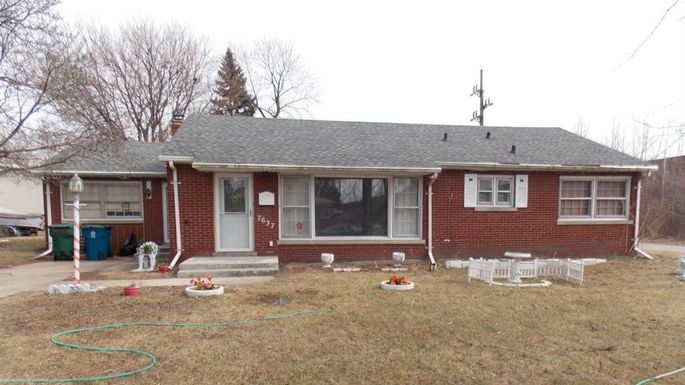 Home in Hammond, IN

Hammond, just east of the Illinois border, is capitalizing on its very low home prices and its proximity to Chicago to attract new residents. The $17 million Hammond Sportsplex opened last year and is quickly becoming the local hot spot, with about a dozen volleyball courts, two indoor soccer fields, batting cages, basketball courts, and a running track.

“I actually sell to more clients coming from Illinois than I do from Indiana,” says Eric Lopez, a broker associate with Re/Max Realty Associates. They’re coming for the three-bedroom, 1950s brick ranch homes going for under $150,000 and the 24-mile commute from Chicago. “Hammond is a really affordable area, and it’s taking off.”

This town is committed to helping its residents. Hammond’s College Bound Program covers up to $10,500 in tuition for high school graduates. Hammond also offers a down payment assistant program for first-time home buyers that can provide up to $5,000. Plus, property taxes are low. 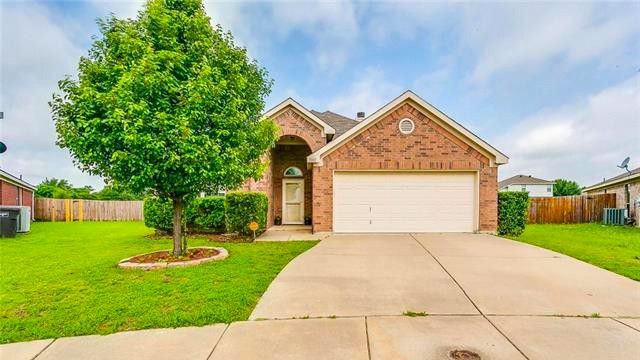 Everman feels a lot more like a small town than a traditional suburb in sprawling subdivisions. With just over 6,300 residents, it’s the type of place where you might run into a couple of people you know while filling your gas tank or picking up groceries. That’s a big draw for those exhausted by the flood of new residents moving into booming Dallas, about 40 minutes northeast.

“Here at Everman, everyone feels welcomed,” wrote one reviewer of the community on niche.com.

Homes are about half of what they go for in Dallas. Buyers can get a three-bedroom brick home on a cul-de-sac here for just $150,000.

There are a few destination-stop restaurants, but for entertainment options most folks decamp to nearby Fort Worth, under 20 minutes away, or to Dallas. 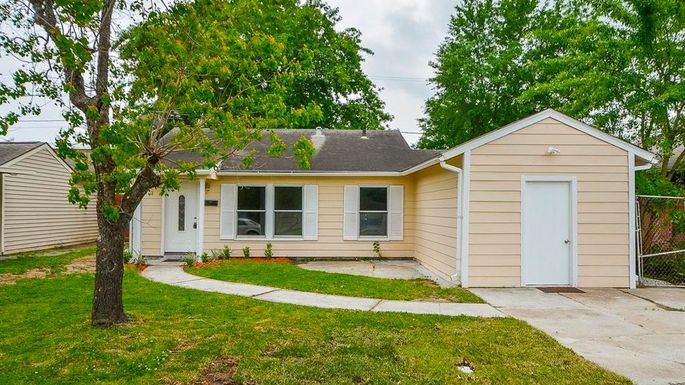 Galena Park’s draw is its prime location. It’s just 25 minutes from downtown Houston and a short drive from all of those oil business gigs along the Gulf of Mexico.

“The well-paid, stable energy jobs in East Houston keep people around,” says Lawrence Dean, regional director of the building consultancy Metrostudy, in Houston. “These are … families who have lived in this part of Houston for ages and want to remain close to friends and family.”

Known for its good school system and family-friendly community, Galena Park offers lots of 1,000- to 2,000-square-foot ranches built in the ’40s and ’50s. That’s a lot smaller than many of the new homes going up around Houston. But with price tags under $130,000, it’s hard to complain. 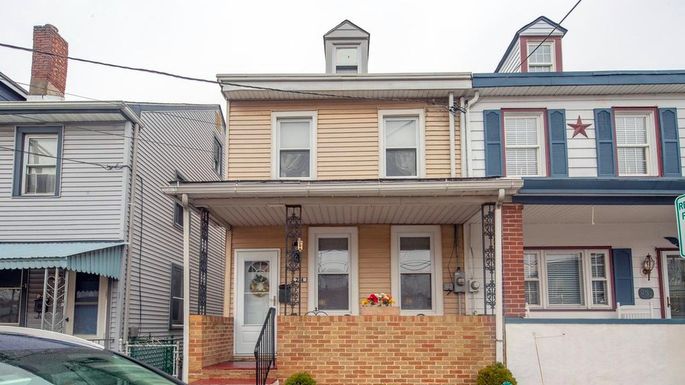 You don’t have to go far from downtown Philadelphia to find a burb with some really cheap homes. Right across the Delaware River (the boundary between Pennsylvania and New Jersey) is Gloucester City, with its historic working-class communities and fantastic views of the Philly skyline.

Many of the century-old homes here are two or three stories and can be found for under $100,000. Prices are lower here due to the surplus of vacant homes or places that need some serious work.

The cultural high point of this town is probably attending Mussel Mondays at Max’s Seafood Cafe (just $5!). But for those willing to travel, Lincoln Financial Field, where the NFL’s Philadelphia Eagles play, is a little more than a 15-minute drive.

Prince George County, home to Clinton, MD, is one of the wealthiest, predominantly African American counties in the nation. But buyers can still score a deal in Clinton, which is just south of Joint Base Andrews, aka the home of Air Force One.

This area has lots of professionals who commute into the city. In fact, the median household income is a whopping $104,900. Folks can score a four-bedroom, 2,000-square-foot home for $305,000. That’s substantially less than what homes in the nation’s capital go for, at a median $590,000.

Clinton is also just a short drive from the Potomac River, or FedEx Field, home to the Washington Redskins. 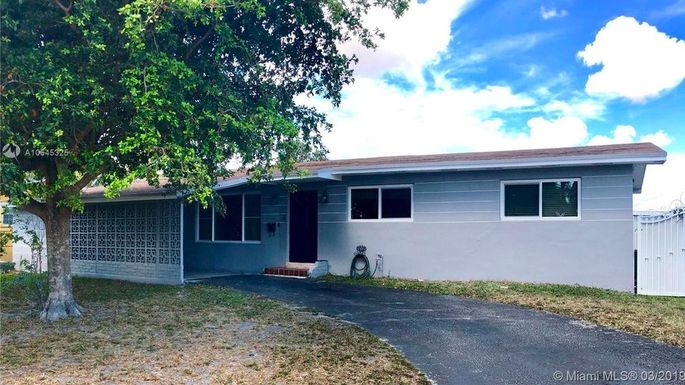 There’s no shortage of fun extracurriculars to be found in this place. Residents can go jogging in the 500-acre Amelia Earhart Park, which has a petting zoo and fishing lakes, or take the fam to Bucky Dent Water Park on a blistering-hot afternoon.

Hialeah, just 13 miles northwest of Miami, is a landing spot for many immigrants from South America, Central America, and the Caribbean. As a result, there are some great ethnic restaurants.

When it comes to real estate, buyers can get a one-bedroom condo in a low-rise building for under $150,000. They’ll spend more on single-family houses: A three-bedroom ranch built in the 1950s goes for around $375,000. 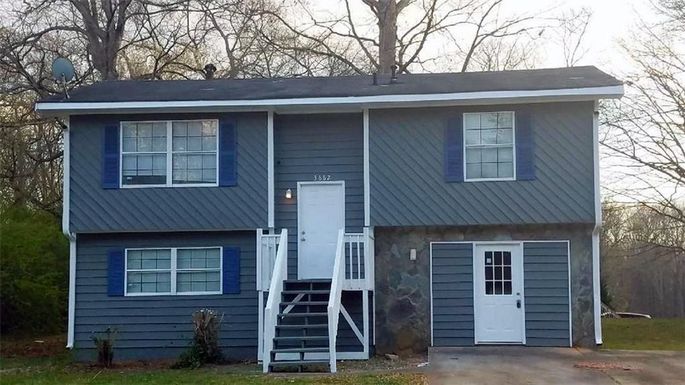 Ellenwood, about 20 miles southeast of Atlanta, feels at times like a bedroom community out of central casting. It’s filled with subdivisions like Grant Forest, packed with two-story homes complete with garages and manicured yards. Most of these homes were built over the past 30 years—a period for massive growth in the Atlanta market.

But when you check the price tags you’ll start to understand why this community is a hidden gem: Median household incomes here ($63,411) are just 3% below the Atlanta metro. However, median home prices are a whopping 43.8% lower. This, my friends, is what they mean by “more bang for your buck.”

The reason for the lower prices is partly because the school districts here aren’t quite as highly regarded as in pricier Atlanta burbs. And there’s no charming Main Street here filled with mom and pop shops, When it comes to fun, most folks head into The A.

Bostonians looking for a bargain may want to give Randolph more than a passing glance. The working-class town is filled with Cape Cod–style homes and historic Colonials priced under $375,000. That’s a steal compared with a median $567,800 in Boston.

“It’s grown really popular with a lot of younger buyers who are being priced out of other neighborhoods,” says Justin Rollo, a real estate agent with Signal Real Estate. Investors have taken note. “Houses that haven’t been touched in five to 10 years are getting bought and flipped.”

The mom and pop businesses on Main Street, such as the old-school barber shop simply called The Shop, provide some small-town charm. 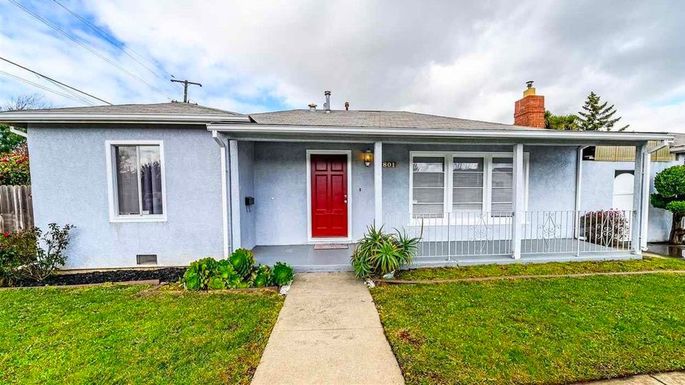 Well,  everything is relative. The San Francisco Bay Area is the most expensive real estate market in the nation, with San Francisco’s median home price clocking in at $948,300, according to realtor.com data. But in East Richmond Heights, buyers can snag a three-bedroom, 1,200-square-foot home with a small backyard for just $490,000. But you’d better hurry: Prices here have risen a steep 59.5% over the past five years.

Located at the foothills of Wildcat Canyon Regional Park, this town seems like a world away from San Francisco, although it’s just 20 miles north and across the bay. A morning commute into San Francisco can take as little as 35 minutes to over an hour by car. Well, sometimes.

* A metropolitan statistical area is a designation that includes the urban core of a city and the surrounding smaller towns and cities.

Allison Underhill contributed to this report.