Like the property markets around the world, the European property markets also have their own pockets of high and sluggish growth. Given below is a brief study of 10 most popular markets of growth in the region which is preferred by local and international real estate investors since the situation started to improve a couple of years ago.

Is there a finer European city than Budapest? When it comes to classic good looks steeped in history and culture, Hungary’s capital lays serious claim to the crown. From the neo-Gothic splendor of the Parliament building to the disorderly comfort of its legendary ruin bars, Budapest carries itself with effortless charm on every beautiful street corner. While the city’s many thermal spas, not to mention restaurants serving hearty Hungarian fare, make it perfect in winter, warm summers see locals enjoy open air pools and leafy strolls on Margaret’s Island in the middle of the majestic Danube. When it gets too warm, there are easy escapes to the fresh air and greenery of the Buda Hills via the cog railway or Zugliget chairlift.

Being right in the centre of Europe, the Hungarian capital is the ideal place to be if you decide to explore the housing market. Low-cost airlines serving Liszt Ferenc airport in Budapest encourages more and more tourists to visit the city, which in turn boosts the short term rental market. For those retiring, most of them choose Budapest as the ideal place to buy a home due to the low cost of living there. What’s more, compared to London or Paris, the cost of buying an apartment in Budapest is 5 times cheaper. With a combination of beautiful classic apartments, a rise in the number of students and tourists, huge foreign investment, a weak local currency, and a growing economy make Budapest one of the best places to invest in Europe.

If you can name a couple of countries in Europe where their real estate market has been hardly affected by the Global Financial Crisis, Malta is definitely one of them – and perhaps the only one. Sound banking ethics and age old tradition of the Maltese general public (98%) believing in investing in brick and mortar has been a major contributing factor and reasons why the Malta real estate market avoided the ill-fated real estate crash that hit Europe by storm a few years ago. While other country’s real estate markets are still recovering, the Maltese real estate market corrected its pricing during that period by 5% to 10% (depending on the geographical area) and today it is one of the only European countries experiencing a consistent capital growth. As a matter of fact, since 2013 it has received a significant influx of capital from international buyers who have invested in expensive properties in Malta which have appreciated at a rapid pace. This picturesque island off the southern coast of Italy is also well populated due to its tourism and business sector.

This second largest city of Romania has witnessed a construction boom with new residential units appearing since 2014. Among one of the biggest, dynamic, and most prosperous cities in Eastern Europe, the city is constantly changing, with large multinationals changing the cityscape, increasing the demand for office spaces, especially on the northern side of the city. The city centre, where the major learning institutions are, is full of students and an unlimited supply of rental apartments and places of entertainment. Also, the Romanian capital is a meeting point for many nationalities, thereby having a higher number of expatriates compared to other European capitals. Considering all this, the property market in Bucharest is one of the most promising with so many growth prospects, making it one of the cities to invest in.

What’s more, with large institutional investment continuing throughout Romania, property prices constantly increasing, investment trends that showcases how strong the property market really is, and most importantly, favourable tax rates give property investors more reason to buy some property in the city. The majority of foreign investors are from Spain, Hungary, Germany, China and UK while Americans make 1 percent of the total investment.

Among the top property picks in Europe is the popular city of Barcelona. The city has always been a focus of international investors and those moving to the city for employment or to enjoy its arts, culture, sports and cuisine.

Even though Spain was the worst affected nation by the financial crisis in 2008, it has emerged as the fastest growing property market in Europe. Stability has been achieved by the housing sector since 2013. Prime properties in Barcelona are selling at a rapid pace of 14% post-recovery leading to a simultaneous rise in property prices and sales. There has been a major surge in the numbers of buyers from the Middle East and the United States, who prefer contemporary ‘lock and leave’ homes. Interest from the British is still high and the number of Spanish buyers is on the up, reflecting growing confidence in the market from locals.

One of the most dynamic cities in Europe, Berlin has unusually good lifestyle pedigree, which includes hundreds of art galleries, along with museums and concert halls. Combine these with ample parks, green space and navigable waterways, you have an ideal city to live in.

The capital city of Germany is known for being under significant pressure with squeezed supply and exploding demand, and therefore, has been always favoured by property investors as they are able to resell their purchases within 6-8 months. As per industry estimates there is a requirement of 11000 residential units on an annual basis, but the actual construction is limited to just 6500 units on average. This has led to an increase in rentals, followed by increases of 15% of first time buyers. Russia is the biggest investor in the German property market followed by Italy, Greece and France.

The Croatian capital is an extremely gorgeous city with a rich history that dates back to Roman times. It is expected that the city will see a serious growth in its property market in the next couple of years, meaning that this is a city you will want to have in your mind if you are looking for a place to invest in. In 2018, while the rest of the country experienced an increase of about 8.5% in the asking prices of condos, the capital, Zagreb, saw an increase of about 20%. And in 2019, Airbnb homes located in the city increased by 30%, which was a great indicator that the capital is seeing a surge in vacation rentals. With this, it is pretty evident the real estate market in the city is booming, and maybe it’s time for you to make your purchase before the prices hike due to demand.

Reborn after seeing massive damages the World War II, Warsaw has seen massive growth in its property market in recent years. Since the economic crisis in 2008, the housing market has grown exponentially compared to neighbouring cities. When we talk of Warsaw, we are not only talking about the capital of Poland, but also of Polish business. Because of this, the demand for property is always high. Also, as the second European gridlocked city, it encourages localization, which is something that modern-day investors really value. When you couple all this with the low property prices in the market, you will see why Warsaw is on our list.

With over 1.3 million people living in the city, Prague is one of the most populous cities in Eastern Europe. And every year, it attracts thousands of tourists who visit the city to see the historic city centre, the Romanesque and Gothic architecture, not to mention the classic buildings that date back from the Renaissance and Baroque times. With the rise in the number of tourists, comes an increase in demand for rental properties. This has attracted an increasing number of investors looking to capitalize on this opportunity.

Moreover, with the country’s economic stability, both in terms of the local currency compared to the volatility of the dollar and the euro following the economic crisis and the property market was able to withhold the drop in prices during the crisis when other countries were suffering from the severe economic crisis. This shows you how strong the market really is, and the reason why investors are attracted to the country, and particularly the capital city.

Bratislava combines beauty, the progress of a modern city, and a great location – just an hour drive from Vienna – and not forgetting being an exceptional alternative for multinational companies, all which makes it a great place to invest in. In fact, for the last couple of years, the real estate market in the city has skyrocketed and it is expected to continue with this upward trend as more and more people get drawn to the city.

Compared to neighbouring cities such as Vienna, Bratislava still offers some relatively attractive yields for property investors. Also, the fact that Bratislava and Vienna are the closest cities in Europe, and the presence of a railway network between them will bring people together and it is also like to integrate both real estate markets. This will be an opportunity that no investor would want to miss.

Batumi is the third-largest city in Georgia and it plays host to the popular Black Sea Resort. Investors and developers have flooded this city in recent years, trying to maximize on the opportunity. The ever-increasing number of tourists and entrepreneurs willing to set up buildings in the city, coupled with the fact that there are no major restrictions on developments, giving the city a great chance to grow, which in turn uplifts the housing market.

With legal casinos, beach vacations – where the warm sea, spectacular pebble beaches, not to mention the outstanding beauty of the surrounding nature attracts thousands of tourists – tight security and an exceptional business climate, it is not surprising why Batumi would have become so appealing to those forward-looking and daring property investors!

🏠 Looking for great property investment opportunities in Eastern Europe? Budapest Realtors proudly present some of the BEST properties of 2020 available for sale at amazing PRICES 💰.
Check our latest catalogue here for GREAT Returns!
The Truth About Real Estate Investment that Nobody Wants to Talk About

By Charlotte A. Warren on September 1, 2020
Investing in Property Abroad – A Look at Overseas Property Investment Opportunities

By Stacy Cross on August 17, 2020
Investing in Off Plan Property Abroad 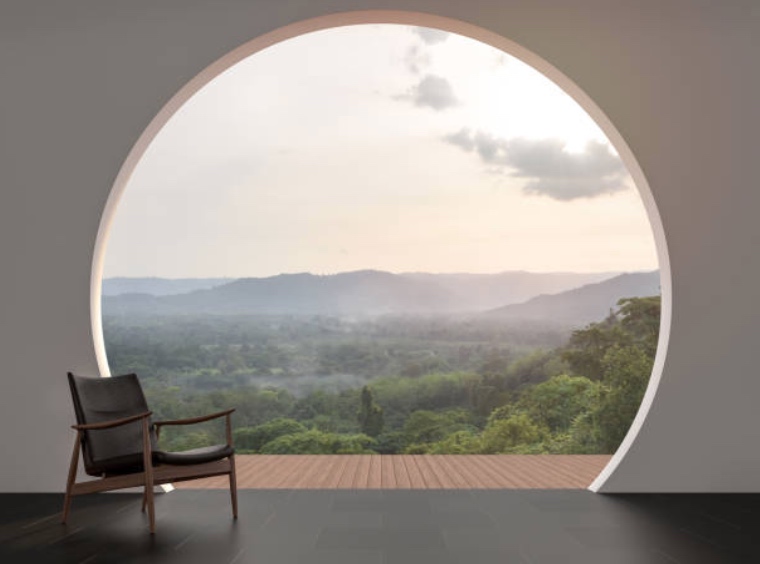 Investing in Off Plan Property Abroad

By Stacy Cross on August 3, 2020
10 Tips to Consider When Buying a Property Abroad 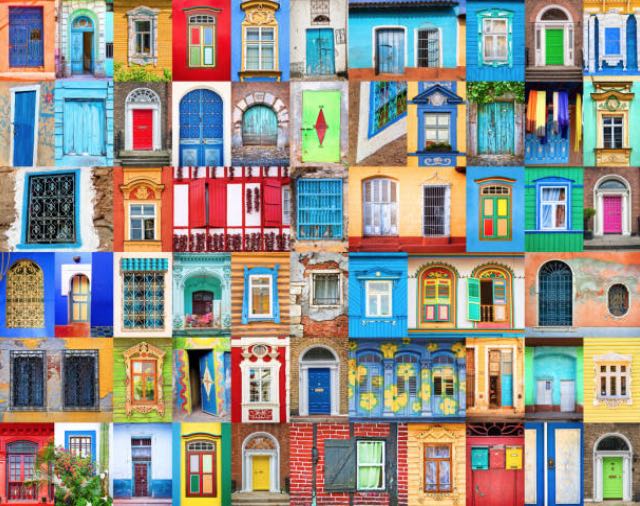 10 Tips to Consider When Buying a Property Abroad

By Charlotte A. Warren on July 21, 2020
Buying A Derelict Property – What You Need to Know

Buying A Derelict Property – What You Need to Know

By Charlotte A. Warren on September 1, 2019
Things You Should Know When Investing In Property

Things You Should Know When Investing In Property

By Charlotte A. Warren on November 4, 2018
3 Tips for Finding A Good Property Management Agency To Work With