Comedian Tom Smothers has placed his 100-acre ranch on the market for $13 million. One half of the comedy duo the Smothers Brothers, the New York native started a new career after his controversial variety show was canceled on CBS in the 1960s.

Now 82, the performer bought the Glen Ellen winery over 40 years ago.

Along with a flourishing cabernet sauvignon vineyard, the custom compound includes barns, ponds, and outbuildings surrounded by meadows, oaks, and views.

For those dreaming of getting into the wine-making business, it’s an ideal opportunity.

According to the listing description, the grapes from the 23-acre, organically farmed vineyard are professionally managed and sold exclusively to a renowned winery. If you prefer to harvest olives from your own trees, that can be arranged. 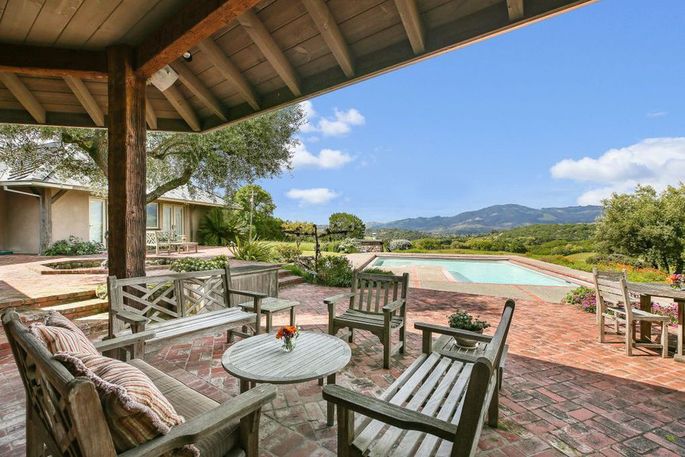 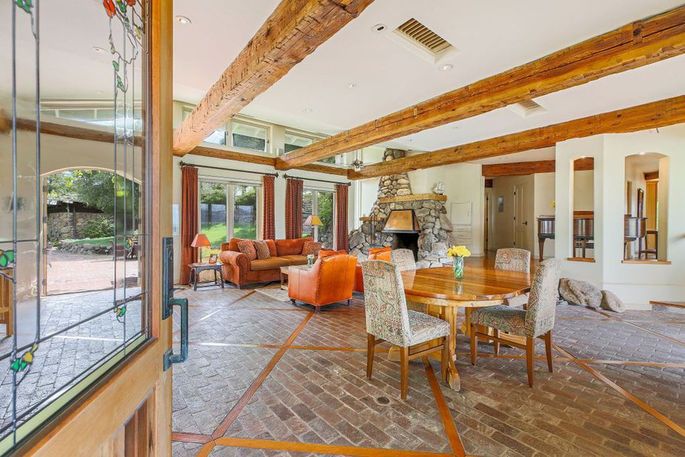 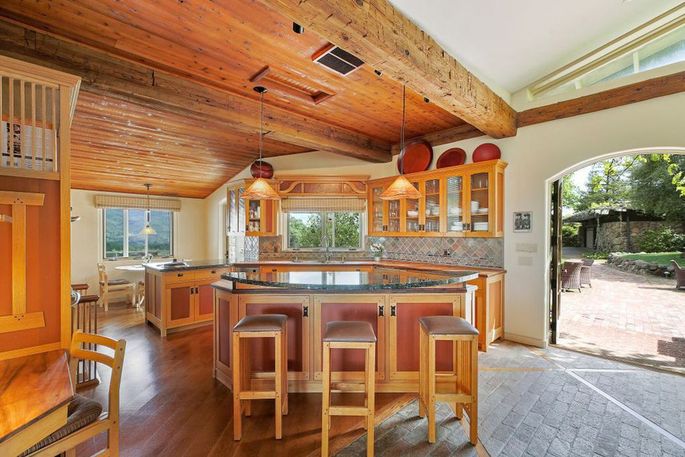 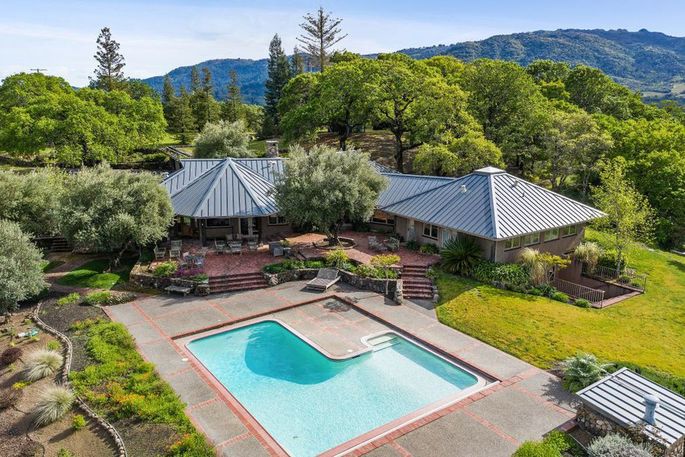 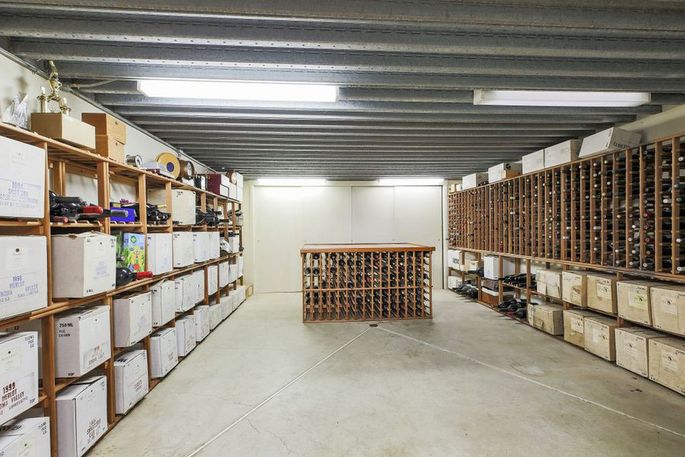 Or you could just enjoy the pool, covered verandas, gardens, and putting green.

Surrounded by lawns, brick patios, and olive trees, the hilltop residence features stone walls and large windows to take advantage of the views.

Custom-built in 2002, the layout features a large great room with concrete brick and wood floors. It has reclaimed beam ceilings and floor-to-ceiling stone fireplace, and adjoins the dining area, kitchen with island, and breakfast room.

Glass doors open out to the grounds and the pool. In addition, the master suite features two full baths. And a den with built-ins separates the guest wing on the same floor. Downstairs, the lower level includes a large playroom and walk-in wine cellar.

In addition, the property comes with a separate studio and two barns with work/live spaces. There’s also a paved driveway, fencing, water storage, and vineyard irrigation.

Conveniently located just an hour north of the Golden Gate Bridge and close to the Sonoma County airport, the residence could work as a full-time or vacation home.

Before enjoying life in the wine country, Smothers and his brother, Dick Smothers, hosted the “Smothers Brothers Comedy Hour” for CBS from 1967 to 1969. The popular show ran into controversy as the brothers battled the network censors over their satirical humor. Eventually, CBS canceled the show.

Tom Smothers continued to land roles in TV and film, as well as commercial spots. In 2008, Smothers received a special Emmy award. And the brothers were voted into the Television Academy Hall of Fame in 2008.