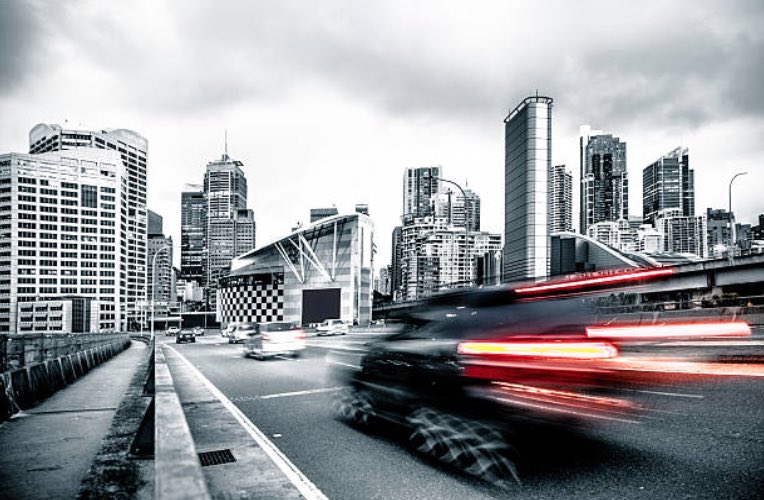 The wide-open spaces in Australia are a fantastic experience. This page helps you become fully prepared for driving in Australia.

Driving: on the left hand side

You need: valid driver’s license (in English) from your own country

The sheer scale of Australia involves some hundreds of kilometres between destinations, while distances for the unprepared can be surprising. Driving is an interesting and fun way to get about provided you carefully take into account the time it will take you to reach your destination.

Roads between the coastal cities and large towns are generally reliable and in good condition and these include the main highways. However remember that hundreds of kilometres may go by with no opportunities to re-fuel or buy refreshments.

Road conditions in remote areas and the outback can be difficult. Not all remote roads are sealed and may not be passable in certain weather conditions. With speed limits as high as 100 or 110 km per hour, they are not divided and have no barriers. 60% of accidents take place on these roads so you will need to drive slowly and be self-sufficient and prepared when travelling in remote areas.

Mobile phone coverage is often very intermittent, even on relatively major highways away from a nearby town, and nil in the outback. Currently CDMA phones are more likely to get reception than GSM phones. If you go to extremely remote areas, it is a good idea to buy or rent a two-way HF radio (the Royal Flying Doctor Service web page lists outlets they can be hired from) or a satellite phone.

Outback driving calls for preparation and self-sufficiency as it is unlikely that anyone will be able to stop and help you should you break down. Towns, petrol stations and other amenities are scarce so you will need to make sure you carry adequate food, water and spare fuel. Australia’s interior consists of unadulterated desert, so if your car has no air-conditioning, you could suffer temperatures of 45°C (110°F) during the day and drastic temperature drops at nightfall.

You are required to go to the local police station before setting off the sealed (paved) highway and tell them where you intend to go and how long you expect to take so that they can come to the rescue if necessary should you become stranded. In the event of an incident when your car breaks down, never leave your car as it will give you shelter and it is a far easier to see than a person walking in the bush.

Be aware the gravel roads will be rife with potholes which are not always visible, especially when they are filled with bulldust (very fine sand particles) on sandy roads. These can overturn a car when passed over unseen. Corrugations are wavelike formations that form on a road surface after many cars have used it. At low speeds your car could be shaken dramatically and at higher speeds these corrugations can cause drivers to lose control completely, so be sure to maintain a speed of 70-80 km/h as a happy medium. In wet weather the bulldust sticks to tyres, filling the wheel cavity creating an overheated engine. Outback roads can be closed with little notice in the wet, isolating communities, at any time of year so it is advisable to pay attention to weather forecasts.

Australians are strict with all rules of the road, especially speed limits, which are clearly signposted along the road sides.

In cities and towns, the speed limits often change and can be rather confusing. Standard roads have a limit of 60km/h, but in side streets and residential areas it is 50km/h. School areas have a 40km per hour speed limit during school hours. Speed cameras are becoming increasingly common in the capital cities, so be careful not to be caught on camera.

In rural Australia, the speed limit varies from State to State. In The Northern Territory the maximum speed limit on major highways is 130km/h and on other open roads it is 110km/h. In South Australia and Victoria the maximum for country areas and major freeways is 110km/h. The same applies for Queensland highways. In Western Australia the state “open road” speed limit is 110km/h, and generally 100km/h on freeways.

As in any other cities of the world, it pays to avoid driving in or around the Central Business District (CBD) during peak times when excessive traffic congestion can be a problem. Major capitals usually have good public transport within the CBD and this is preferable to use for short distances.

Cars can be parked on the side of the road but normally involve a fee to be paid at a machine during certain times of the day or week. Commercial car parks also exist and are paid for on an hourly basis.

Driving in Melbourne’s CBD is known for its tram network and you will need to be aware of the rules for motorists here. Normally you are permitted to drive over the tracks in a lane denoted by a dotted yellow line, or tram lane.