Are you sure?
No Yes
Home    Fairer funding models sought to keep rail costs on track

For two years of her undergraduate studies, Alice Best commuted to Sciences Po in Paris from her hometown of Chaville, near Versailles. The 15km trip took an hour by public transport, sometimes longer. “In the evening, if I missed the train because my class over-ran, I had to wait 30 minutes to catch the next one,” she says. This was the first leg of a journey involving the Métro, the RER suburban railway and sometimes bus.

Last year, Ms Best moved to the centre of Paris to be closer to work. However, plans are in place to improve public transport for Parisian commuters who are not so well located. Due to be completed in 2035, the Grand Paris Express is an ambitious rail project to improve connectivity. “The Big Eight”, as Parisians call it, will loop across the French capital and sew together the banlieues, including neglected areas such as Saint-Denis and Clichy-sous-Bois in the north and east, to business districts such as La Défense in the west.

Such grand plans are not cheap. Between 2013 and 2018, the estimated cost has jumped €12bn to €38.5bn, according to Reuters. But new transit infrastructure can have transformative economic and social effects on a city, says Jean-Louis Missika, deputy mayor of Paris. “You need to measure [its] impact . . . over a very long period of time to realise it is worth it,” he says.

Paris is not alone. Cities around the world are assessing the value of costly infrastructure projects and seeking fairer ways of funding them. Last year, the UK parliament’s public accounts committee lambasted Crossrail, a commuter rail project in London, for an “unacceptably laissez-faire attitude to costs” after delays added £2.8bn to the £14.8bn construction bill.

These projects are necessary, says Alex Williams, director of city planning at Transport for London (TfL), the capital’s transport authority, as there is a limit to how much can be done with “sweating existing assets” and “improving signalling”. What is needed is additional rail capacity, and Crossrail will boost London’s rail capacity 10 per cent.

New York’s Metropolitan Transportation Authority says that developments on the Long Island Railroad Main Line and East Side Access to Grand Central Terminal will add 45 per cent capacity. Meanwhile, four new stations in the Bronx and the Moynihan Terminal at Penn Station will link neighbourhoods such as Co-op City to Manhattan.

The value of increased rail capacity in growing cities is the creation of so-called agglomeration economies: areas of concentrated economic activity where businesses are at their most productive, says Simon Jeffrey from the think-tank Centre for Cities. It is this phenomenon that generates healthy tax receipts for local and national governments. 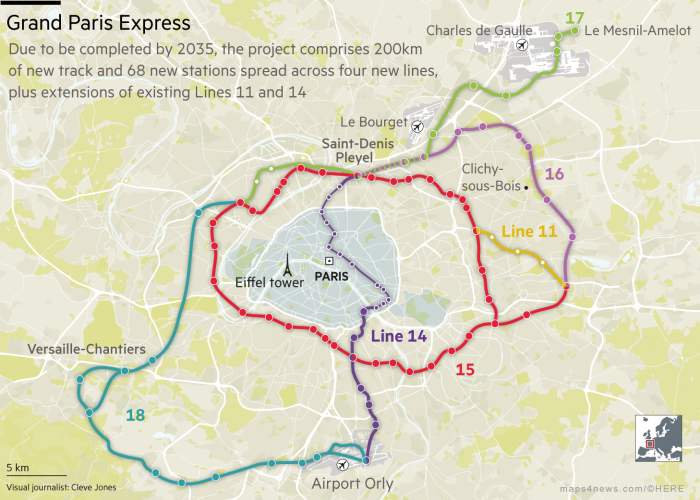 In China, where 3,000km of subway line is under construction and will be operational within the next five years, each kilometre translates to 58 jobs and a rise in house prices, says Mao Baohua, a professor at Beijing Jiaotong University. These statistics primarily refer to Beijing, Guangzhou and Shanghai, where land resources are scarce and commuter demand is high. “Some prefecture-level cities in the central and western regions, such as Baotou, Datong and Hengyang have yet to meet these conditions,” says Prof Mao, “and therefore, they need to be cautious when it comes to building subway systems”.

Although high-density cities stand to benefit the most from new transit infrastructure, they are also more expensive and politically contentious to build in.

The climbing value of property prices in proportion to their proximity to public transport is one aspect from which policymakers are looking to finance projects. Past extensions to London’s Jubilee line and Docklands Light Railway “produced significant land value uplifts”, according to a study by KPMG and Savills, the estate agent. These projects have mostly been funded by government, prompting TfL’s Mr Williams and others to call for landowners — who benefit from these investments — to shoulder more of their cost. 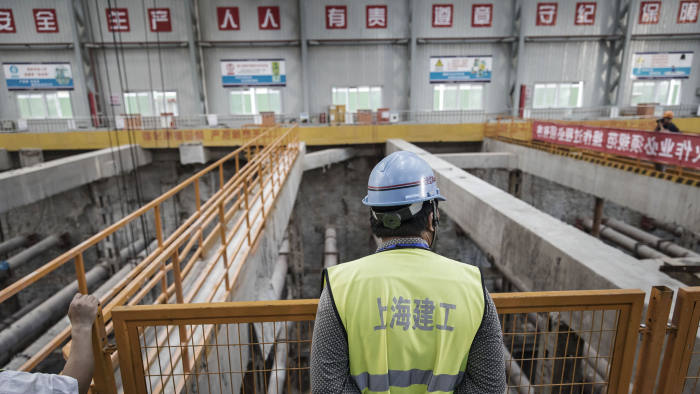 3,000km of subway line is under construction in China © Bloomberg

For example, the £1.2bn Northern Line extension to Battersea will be paid for through a 25-year enterprise zone centred on the Battersea Power Station, where rent payments will go towards defraying construction costs.

“Crossrail was a cocktail of funding from government, borrowing and business,” says Mr Williams. “From now on, every major project we do will require a similar model to get them over the line.”

Other methods include the Hong Kong “rail-plus-property” model that gives development rights to the MTR transit system, which profit-shares or retains partial ownership of any new adjacent property schemes.

In New York City, the first phase of Hudson Yards, a private property development built over the MTA’s train yard, opened near the extended No 7 subway line service to 34th Street last year. The project cost $2.4bn, but the transit authority has clawed back $1bn from completed transactions on some of the 60m square feet of office space and residential development.

For Ms Best, better public transport is an incentive to move further out of Paris. “When I have children, maybe I will move back to the suburbs,” she says. “One of my criteria is having reliable access to the city. Maybe in the future [the Grand Paris Express] will make it easier for me to do that.”