Former NHL star Sheldon Souray is putting his vacation home on ice. He’s listed his 4,973-square-foot custom cabin in Harrison, ID, for $4.2 million. The retired defenseman purchased the luxury property in 2012, when it was on the market for $2.9 million.

Located on the Gozzer Ranch Golf and Lake Club, the cabin offers views of Lake Coeur d’Alene, as well as the 15th and 16th holes of the adjacent golf course. The home sits on just over an acre of land, and its layout includes four bedrooms, 4.5 bathrooms, and living space that extends outside.

Featuring an open plan, the great room includes a dining room, living room, and massive walls of glass. The open kitchen features stainless-steel appliances, bar seating at the island, as well as a casual dining table. Just adjacent, a more formal dining area looks out to a wall of windows with lake views.

The living area focuses on a large stone fireplace and glass doors that completely open outside, where a covered dining area and billiard-table await. 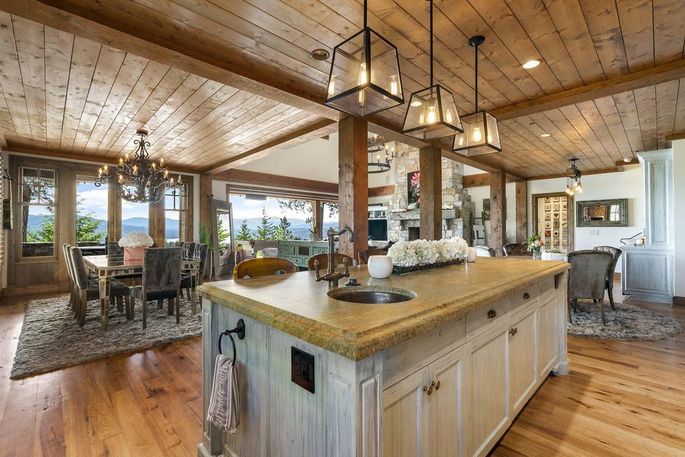 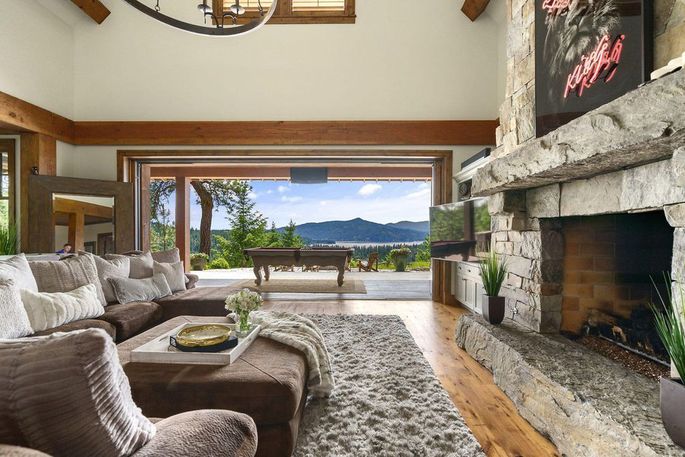 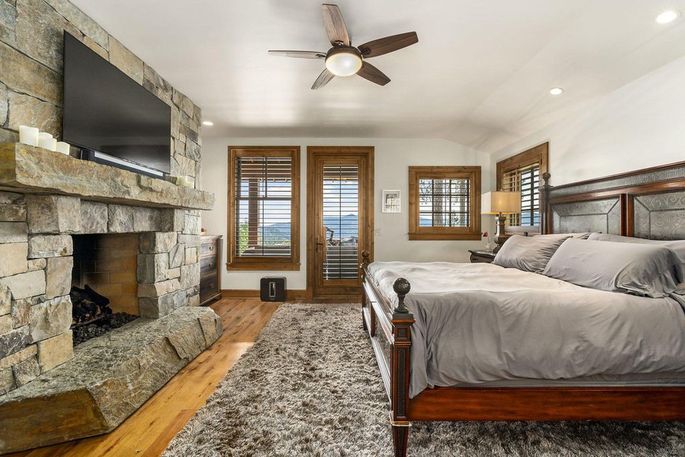 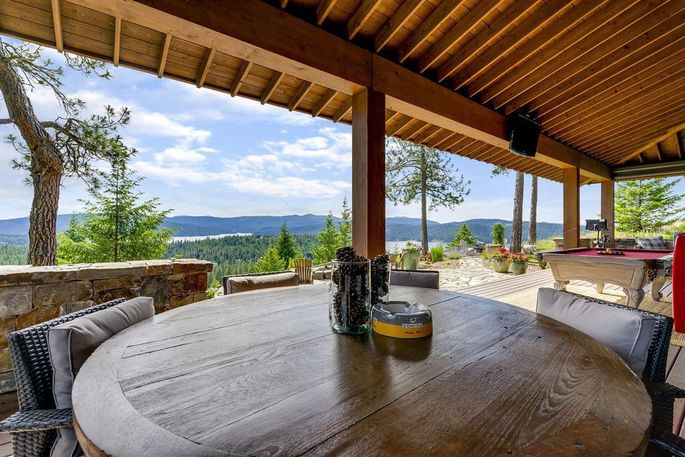 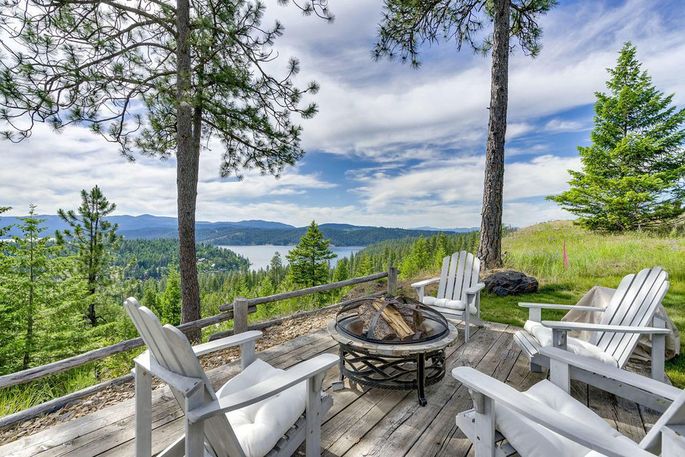 The master suite features a fireplace and bathroom with two sinks, as well as a separate tub and shower. Other amenities include an office and media room, an expansive patio, and a fire pit.

Residents who live on club property—just 45 minutes from Spokane, WA—also benefit from the amenities offered. Perks include a golf course, spa, fitness center, and restaurants.

Souray isn’t the only celeb to be lured to northern Idaho. With his home for sale, he may be cashing in on a Hollywood trend. Rumor has it that A-listers like Kim Kardashian, Kanye West, and Harry Styles have vacationed at the exclusive getaway. And hockey great Wayne Gretzky has owned a home at the lakeside retreat as well.

This isn’t Souray’s first foray into real estate. He also sold a Spanish-style Malibu home with four bedrooms and a pool for $3.5 million in 2016. He had purchased the home in 2010 for $2.93 million, the Los Angeles Times reported. He also sold a Las Vegas home to Golden Knights goaltender Marc-André Fleury, 42, in 2017.

A three-time All-Star, Souray played 13 seasons with the NHL, for teams including the New Jersey Devils, Montreal Canadiens, Edmonton Oilers, and Anaheim Ducks. In 2015, the Canadian announced his retirement.

Previous article
Death of the high street weighs on landlords round the world
Next article
Is for-profit investment in social housing a good or a bad thing?