Are you sure?
No Yes
Home    Higher education: is Britain’s student housing bubble set to burst?

The original Derry’s was destroyed in the Plymouth blitz of 1941, but a department store reopened on the same site after the war and served the people of the English port city for almost 60 years. Its doors finally closed in 2010, another victim of the demise of the UK high street. Having stood unused for the best part of a decade, the building will now serve a new generation of customers: students.

Student accommodation has become an important part of the country’s property sector in recent years. And nowhere is that more true than in midsized cities and towns like Plymouth, with its population of 260,000 people.

As well as the project at Derry’s, which will provide 500 rooms, a hotel and retail space, proposals have been made to convert the site of the Moneycentre building, a former office block, the closed-down Belgrave Snooker Club and the Good Companions Pub, once a karaoke hotspot on Mayflower Street.

The developments are part of a transformation in Plymouth, where the tallest building is now a multicoloured student skyscraper called Beckley Point that opened in 2017. Close to the city’s largest university, which hosts more than 20,000 students, entire streets of family homes have been turned into shared houses, which compete with the newly-built tower blocks for tenants.

But there is now growing evidence that the city has hit peak student accommodation. “Going back five years, the only tower cranes you ever saw around the city [were building] student accommodation,” says Steve Demuth at Bailey Partnership, a construction consultancy with local offices. “I think it’s generally acknowledged that Plymouth has reached saturation point.”

Across the UK, from Coventry in the Midlands, once the heartland of the car industry, to Cardiff, the Welsh capital, it is a similar story — one where an explosion in student numbers has fuelled frenzied construction activity. This education-themed real estate sector, which provides accommodation for about 600,000 people — the equivalent of a third of the full time student population — is now worth an estimated £50bn, and reflects the critical role universities now play in local economies, especially those where many traditional industries have declined.

Like the student tenants themselves, many of the investors are drawn from around the world, attracted by the prospect of reliable returns at a time of low interest rates. Between 2016 and 2018, £3bn flowed in from the US, while £2.2bn was invested from Asia, according to property agents Savills.

But in Plymouth, as elsewhere, with a wave of new students heading to university there are questions over whether there are enough of them to fill — and afford — the newly-built rooms. 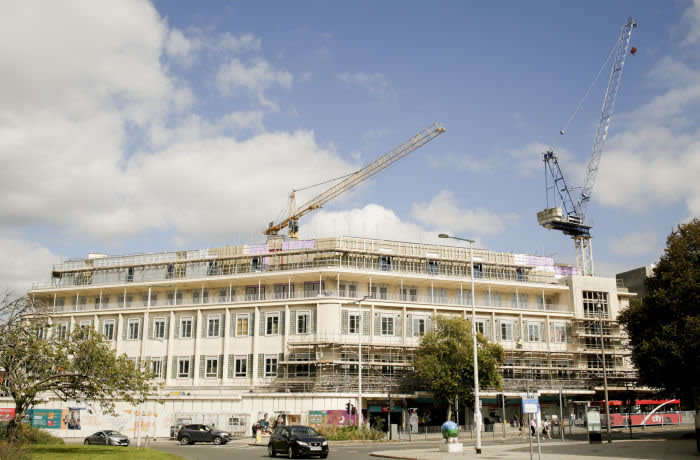 The flood of new student accommodation also raises a question over whether education policy is distorting local economies, and the allocation of housing, at a time of significant shortages of social and family homes.

“You’ve got some markets that do have a very high supply,” says Robert Duncan, a Numis analyst. “When the term ends, you’ve got ghost towns, tumble weed blowing down the streets”.

Suzanne Sparrow has lived in or near Plymouth for 94 years. In 1978, she launched the city’s first language school. But when the plot of land across the road from the school was recently earmarked for student apartments, she was less than pleased. “It made us wake up to what was going on,” says Mrs Sparrow. “It’s quite crazy. There wasn’t the student intake to warrant this.”

The marketing materials for the project point to its location near the University of Plymouth, describing it as “one of the largest in the UK”, and talks about an “undersupply of purpose built student accommodation”.

UK student numbers have mostly risen since the 1990s, following a push from the 1997 Labour government to widen participation. There were 555,000 first-year students enrolled on a first degree in the academic year ending in the summer of 2018, compared with just under 360,000 in 2000, according to the Higher Education Statistics Authority. This has had a pronounced effect on medium-sized towns and cities such as Plymouth, which boasts three universities and 24,000 students. “We’ve seen an explosion in higher education,” says Mark Lowry, a city councillor.

Where students have gone, developers have followed. Unlike the private rental market, many student tenants receive maintenance loans from the government, which they can use to pay their rent. Others are supported by parents — especially international students, of whom there were nearly half a million in the UK in the 2017/18 academic year. 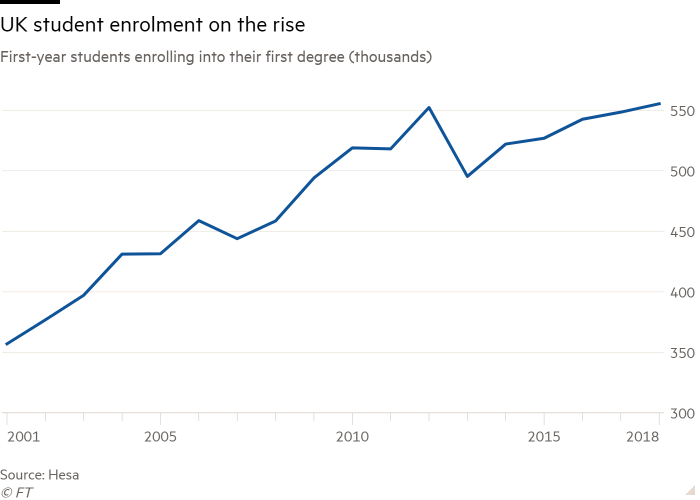 Mr Duncan traces the recent building boom to changes in tuition-fee policy in 2010, when the government trebled fees, as well as the “internationalisation” of higher education. “People said, ‘Hang on, if I’m incurring all this debt, I need to really knuckle down . . . what are the contributing factors in getting a good degree?’ One of them is quality of accommodation.”

After the financial crisis, he adds, property yields collapsed — except in student accommodation. The sector has continued to deliver high returns. Unite, a real estate investment trust — which owns 50,000 rooms across 22 cities — has seen its share price rise nearly 140 per cent in the past five years.

Development of land for student accommodation is also indirectly incentivised by the UK’s planning system. Developers building homes for sale or rent are nearly always required to build a quota of “affordable” housing, which is less profitable, as a condition of planning permission. This does not apply to student accommodation. 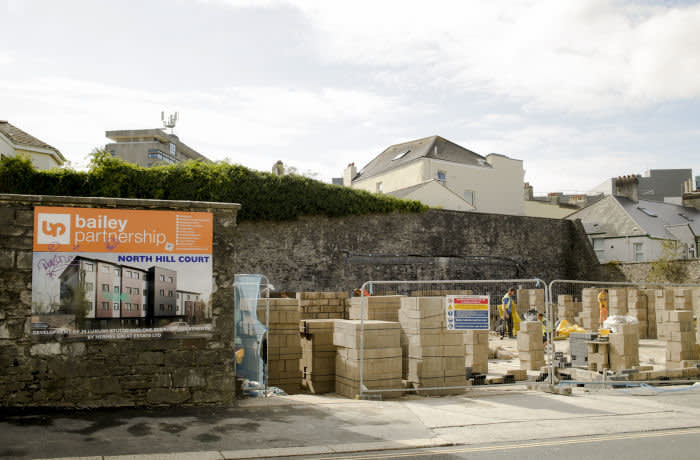 Universities themselves will often support plans for accommodation, adding the weight of a major local employer to the applications.

The University of Plymouth declined an interview but issued a statement distancing itself from activity in the property market. “The rise in new student accommodation developments around the city is in no way directed by the university and is being driven by private commercial developers wholly independent of the university,” it said. “The university has consistently advised that the student numbers will probably remain stable in coming years.”

Many of the UK’s new developments have been predicated on bullish projections of student numbers. In reality, nationwide numbers are levelling off, partly due to a decline in the number of people turning 18. In some locations, university intakes have fallen sharply.

Plymouth University, the city’s largest, has seen student numbers drop as it competes with higher-ranked institutions such as the nearby University of Exeter — from 32,500 in the 2010-11 academic year to 20,765 in 2017-18, according to official figures.

Development activity is vulnerable to such falls. At least eight big blocks in Plymouth still had rooms available just over a week before new students were scheduled to start their courses; another had filled up by offering students who booked a room £250 in cash.

Some sites with planning permission for a change from student accommodation are lying empty as developers scramble for alternative plans. An existing block, St Augustine’s House, last year sought permission for a partial conversion into a hotel, which was denied. About 800 new student rooms are still set to be added to the market in Plymouth through the Derry’s conversion — scheduled to be completed in 2020 — and another block that stands empty at the moment over a legal dispute.

A lettings agent in the city, who asked not to be named, estimates there are about 1,000 surplus rooms, and says developers had overbuilt studio flats in pursuit of profit. “They don’t design for the students, they design to get the best economic result they can,” the agent says, adding that banks are now “running scared” of funding student developments in the city.

While investors have flocked to buy UK student accommodation in recent years, there are signs of a change in momentum. Unite last year sold a £181m portfolio of blocks in five cities, including Plymouth to a Singapore-based media company. 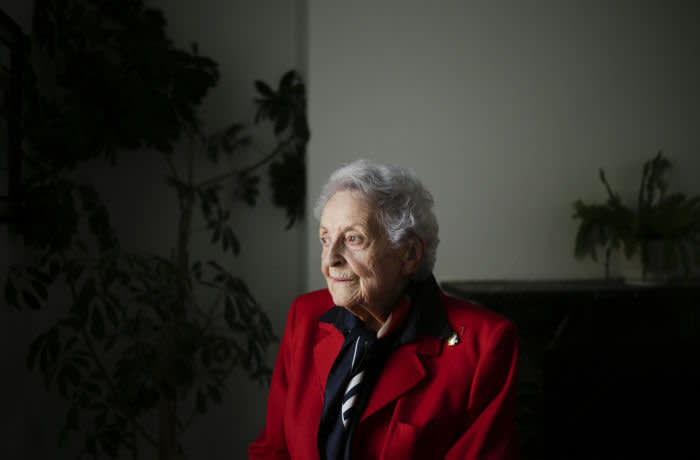 Suzanne Sparrow, who has lived in or near Plymouth for 94 years, launched the city’s first language school in 1978 © Samuel Glazebrook

BlackRock’s Mr Mueller suggests that after a significant rise in UK values, “there is better value outside the UK today”, pointing to opportunities in continental Europe, where the student accommodation sector is beginning to follow the UK’s trajectory.

Savills, meanwhile, says yields on student accommodation in less popular locations have started to tick up this year, indicating falling prices. “There is a direct correlation with perceived oversupply in some cities,” says James Hanmer, a director at Savills.

As some specialist funds move away from particular regions, other ordinary investors are still chasing returns. At least two developments in Plymouth — including the one opposite Mrs Sparrow’s language school — are seeking to fund themselves by selling individual apartments, an alternative source of finance that comes with significant risks for the buyers.

Earlier this year, a £100m scheme of 19 buildings across the UK, collapsed, hitting more than 1,000 retail investors worldwide. Each had paid £50,000 to £75,000 and expected returns of 8-12 per cent annually, but only half the rooms were filled as of February.

Despite the concerns, some officials point to the economic case for student accommodation. Mr Lowry, the cabinet member for finance at Plymouth council and a former dockyard worker, says the education boom has benefited the city. Local firm Clever Student Lets estimates that students contribute £300m a year to the local economy. 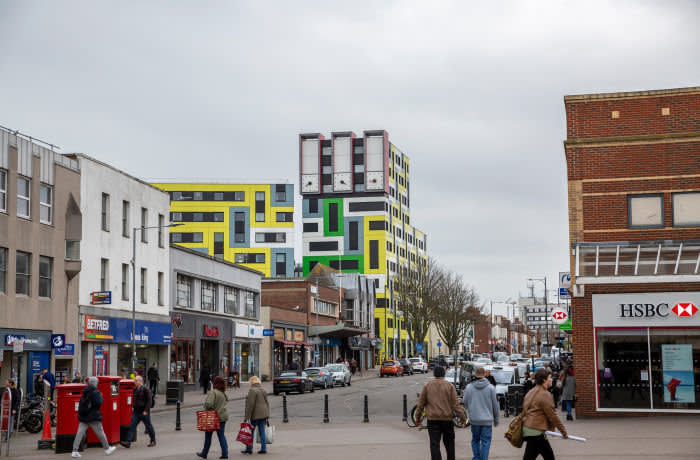 The council also argues that the growth of student blocks is pushing landlords to bring rented homes back into family use. But, Mr Lowry adds, “we need to be mindful that we don’t over-commission [student accommodation] . . . I think the marketplace has addressed the need.”

In 2017, the council added a planning requirement that new student blocks demonstrate demand but student accommodation continues to be built, even as the city contends with a severe housing shortage. Nearly 10,000 people are on its waiting list for social housing.

Another question being asked is over the quality of some of the accommodation, especially if, as is happening in some regions of the UK, surplus student housing is converted for other purposes.

Hugh Ellis, policy director at the Town and Country Planning Association, says there are some well-built blocks but “it’s a major issue that student accommodation is built to a lower standard. Some of them are reaching a decade old, and what happens when they need to be refurbished — who is going to pick up the tab?” he says.

Analysts of the accommodation sector now point to a divided market, with major institutional landlords favouring locations closer to higher ranked universities. When Unite sold stakes in properties in five locations including Plymouth, Birmingham and Sheffield, it accepted a price “marginally below book value” in order to “[dispose] of assets with lower than average growth prospects and reinvest into developments increasingly focusing on high and mid-ranked universities”.

In Plymouth, like other medium-sized cities across the UK, the performance of student accommodation is part of a much deeper dilemma — where to take an old industrial economy that has gambled on the education sector for a revival and found only a partial solution.

Mr Lowry has watched the dockyard go from a 17,000-strong workforce in 1985, when he began work there, to 5,000 by the time he left in 2017. “We were a naval town,” he says. “Some of our principal employers have significantly shrunk over the last two decades, whereas, with respect to the university it’s been the complete reverse.”

Mrs Sparrow has watched the city evolve over an even longer period.

“With the dockyard being run down, the university has sort of filled in the gap,” she says. “I was very pleased initially — I thought, ‘This is a great injection for a city like this’.” But now, she argues, “it’s gone overboard”.

Previous article
Has St Ives’ second home ban backfired?
Next article
Wanna Be a Hotel Owner? Write Your Next Chapter at a $1.45M Palm Springs Hotel