Are you sure?
No Yes
Home    Home sales slide in Battersea Nine Elms

Less than 24 hours after the Conservative party victory in December’s general election, interest in south London’s prime property market was already picking up.

“I had a businessman from the United Arab Emirates, who had been sitting on the fence for months, call me up and say: ‘Let’s move,’” says Marc von Grundherr, a director of estate agency Benham & Reeves.

Later that day, they were finalising a deal worth £1.7m for a three-bedroom apartment in Battersea Power Station, the much-loved industrial building being converted into high-end homes on the south bank of the Thames.

Developers in the wider Nine Elms area — the vast regeneration project surrounding the power station — will be hoping post-election optimism will ripple outwards. Parts of the area, which will eventually see the completion of 20,000 new homes, as well as landmark new office projects, still resemble a building site. And home sales have slipped recently.

In 2017, the year several of the residential projects were completed, 1,219 sales in Nine Elms were recorded on the Land Registry — though many would have taken place beforehand, while construction was still ongoing. In 2018, 479 homes were sold in the area; in the first nine months of last year, just 284 sales were recorded.

Some investors bought homes in Nine Elms before they were completed, hoping to flip them for a profit on the resale market. Instead, an increasing number have had to slash prices. According to Zoopla, a few Nine Elms homes have had their prices cut by more than 25 per cent since being relisted for sale. 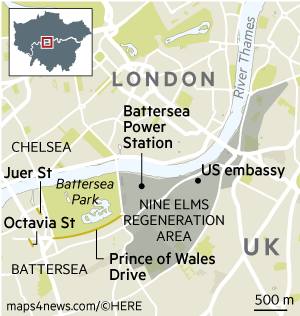 “We’ve had Middle Eastern conglomerates call us up and say: ‘Look, we bought 45 properties in a development that’s right next to the power station, right next to Chelsea: why aren’t they selling?’” says Mayow Short, head of Savills’ Battersea office. (Anyone who bought in Nine Elms thinking their new home was “right next to Chelsea” might be disappointed — Sloane Square is on the other side of the river.)

“Plenty of [investors] were buying from hotel suites in far-flung parts of south-east Asia, without having scrutinised the plans, the layout or the market outlook,” says Roarie Scarisbrick, a buying agent at Property Vision.

Some might have thought they were getting something by the river but ended up in “an armpit of a corner” with a view of the railway and eight lanes of traffic, he adds. “A lot of people got caught up in a frenzy,” says Camilla Dell, a buying agent at Black Brick.

While the redevelopment of the power station has been carried through according to a well-worked master plan, says Scarisbrick, he thinks the rest of Nine Elms has a “disjointed feel” and that it is the result of multiple developers all pulling in different directions.

Still, many think the long-term prospects for Nine Elms look much brighter. Aside from it being home to the new US embassy — which opened in Nine Elms in 2018 — a new Apple HQ is due to open there next year, as are two new Tube stops on an extension of the Northern Line. 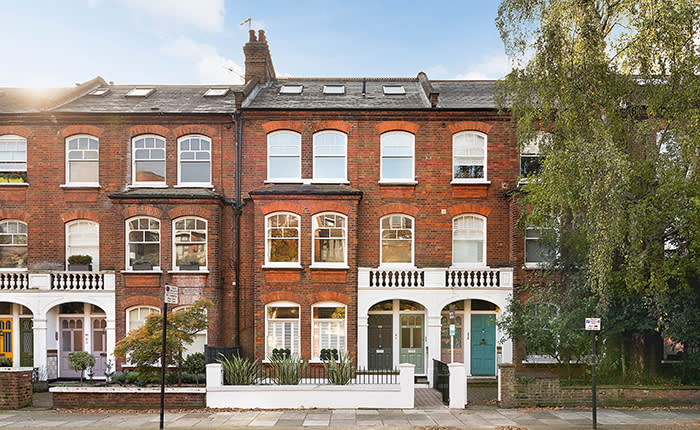 Families often choose to live in the Victorian terraces near Battersea Park: this two-bedroom flat on Prince of Wales Drive is £750,000 through John D Wood © Alex Winship Photography

Next to the US embassy, a new development by Ballymore called Embassy Gardens is gearing up for the launch of its “Sky Pool” this summer. The transparent, 25-metre pool will be suspended 35m off the ground between two blocks of flats. Ballymore declined to reveal the price of the project when contacted by the Financial Times.

Some Battersea residents think the Nine Elms site feels cut off from their neighbourhood. “I get the feeling that the people moving to the riverfront are almost turning their backs on the rest of Battersea,” says Jeanne Rathbone, who has lived in the area since 1962 and affectionately refers to the power station — which is one of the world’s largest brick buildings — as “the Taj Mahal of south London”.

New-builds nearly always carry a premium over existing stock, and homes in Nine Elms are no exception. The average sale price of an apartment there is 48 per cent higher than the average in Battersea, according to LonRes using Land Registry data.

In any case, families often opt for the Victorian terraces near Battersea Park. On Octavia Street, Savills is selling a five-bedroom house for £1.995m. A two-bedroom flat on Prince of Wales Drive is on sale for £750,000, though John D Wood & Co.

“People are quick to bash Nine Elms and that part of Battersea,” says Dell, “but that’s oversimplifying things.” In five or so years’ time, the clatter of power tools will hopefully no longer fill the air and the wind-tunnel streets around the US embassy will have been transformed into the thriving community spaces that developers have promised. Because of its potential, Battersea is an area “worth considering”, she says.

The average price of a flat in Battersea is £670,528; the average price of a flat in Nine Elms is £992,445There were 851 sales in Battersea in the first nine months of 2019, an 11 per cent drop on the same period a year before; in Nine Elms there were 284 sales, a drop of nearly 20 per cent on the year beforeSince 2017, the number of properties in and around Nine Elms listed on Airbnb and HomeAway has increased 46 per cent to 476, according to data analysts AirDNA