Are you sure?
No Yes
Home    Hong Kong property patriarch leaves sons with $64bn question

Five years ago, Hong Kong billionaire Lee Shau-kee said he was “retiring gradually” because he was more than 80 and “tired”. Finally, at 91, the last of the city’s four legendary property barons appears ready to follow through, entrusting his $64bn Henderson Land Development empire to his two sons.

Mr Lee, a hands-on chairman to the end, is expected to step aside at a shareholders’ meeting on May 28 — a moment that will mark the end of an era in the island city. His departure comes just a year after his arch-rival Li Ka-shing of CK Hutchison — known as “superman” for the business savvy that made him one of Asia’s most successful entrepreneurs — stepped down at the age of 89.

While Henderson’s founder may be less well known globally than Mr Li, he was every bit as instrumental in turning Hong Kong into one of the world’s most lucrative property markets. His company today stands firmly among Hong Kong’s big four property conglomerates, alongside CK Hutchison Holdings, Cheng Yu-tung’s New World Development and Kwok Tak-seng’s Sun Hung Kai Properties.

On retirement, however, he will bequeath not only a successful property company, but also some burning questions to his sons, Peter Lee Ka-kit and Martin Lee Ka-shing.

Can a developer that relies on the former British colony for more than two-thirds of its revenue survive against an onslaught from mainland competitors? Will the division of power between two heirs create conflict? And was Warren Buffett, the famed US investor to whom Mr Lee is sometimes compared, right when he advised, “Invest in what you know and nothing more?”

Henderson Land chairman Mr Lee with his sons Peter Lee Ka-kit, right, and Martin Lee Ka-shing, left. He is set to give them equal control of the conglomerate © Bloomberg

Mr Lee founded Henderson Land in 1976 and racked up huge profits in the residential market, thanks to an influx of immigrants from the mainland. The group expanded into the commercial sector and went on to develop iconic buildings such as Hong Kong’s International Finance Centre and the World Financial Centre in Beijing.

In 1996, Mr Lee was ranked fourth on Forbes’ global rich list. No other Chinese entrepreneur — not Alibaba’s Jack Ma Yun, nor Tencent’s Pony Ma Huateng — has ever made it that high.

Although CK Hutchison’s Mr Li surpassed the Henderson founder by net worth the following year, Mr Lee has kept the race close. The US magazine’s latest ranking calculated his personal fortune at $30.1bn — good enough for 29th place and just behind Mr Li’s $31.7bn.

But while both men were born in 1928 and their wealth is comparable, the tycoons adopted radically different strategies in recent years, paving divergent paths for their successors.

Mr Li guided CK Hutchison away from mainland and Hong Kong real estate, selling off properties and making a string of infrastructure acquisitions in the west — oil pipelines in Canada, a water company in the UK, a gas business in Australia.

Mr Lee’s Henderson, on the other hand, doubled down on Hong Kong property, spending billions of dollars on land deals and redevelopment projects. While Mr Li moved more than 70 per cent of his business outside the city, Hong Kong still generated 72 per cent of Henderson’s property revenue in 2018, according to company filings. The rest was mostly from China. 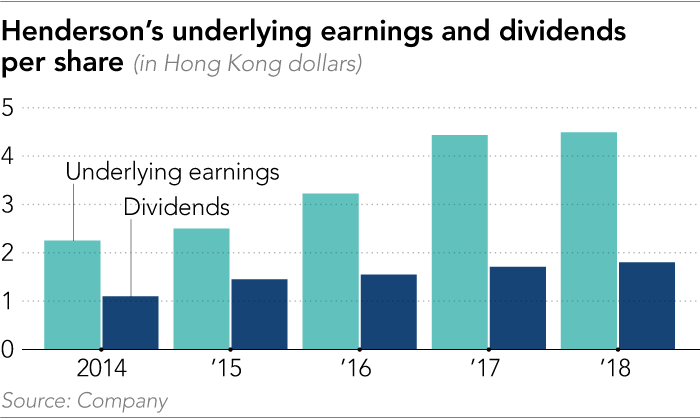 The father has been the face of Henderson for so long that little is known about how the sons will lead. The elder Mr Lee is clearly expecting them to work together and keep the business focused on local real estate.

Mr Lee has suggested that Peter, born in 1963, should oversee mainland China while his younger brother Martin, born in 1971, should focus on Hong Kong. Yet the two men could hardly be more different. Peter is a devout Buddhist who has never wed. Martin married actress and model Cathy Tsui, 11 years his junior, in a $90m ceremony.

Mr Lee’s attachment to family and to his native land is an important factor in the Henderson succession plan, which Mr Ho suggests appears to value wealth preservation over business expansion.

“He wants to retain the company’s smartness in property,” Mr Ho said. “But a clear strategy for the longer term is still absent.” 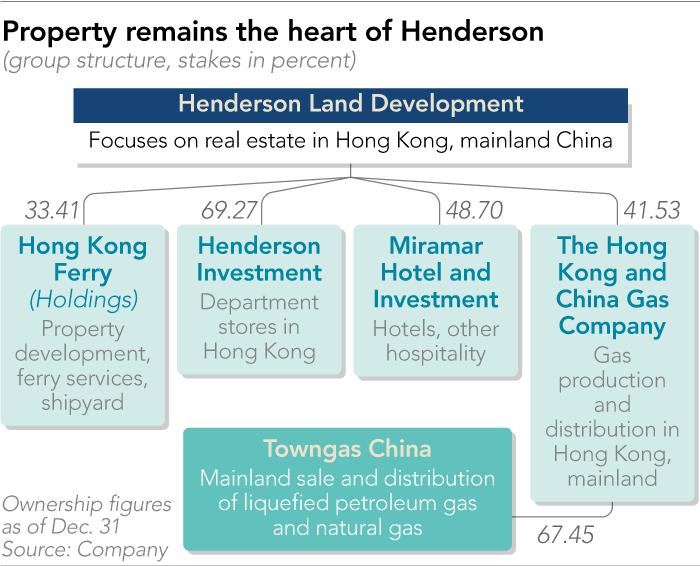 Even after amassing tremendous wealth, Mr Lee maintained a reputation as an old-school merchant and someone who valued family bonds and Chinese traditions.

He gave $1,300 to every Henderson employee to celebrate the births of most of his seven grandchildren. He was so determined to have as many successors as possible that, in 2010, his unmarried son Peter arranged for a surrogate mother in the US to give birth to triplet boys. Although the news stirred controversy, Mr Lee happily handed out the money.

His concept of family even appears to extend to longtime employees.

In the 1980s, Mr Lee ordered the company accountant to bail out one member of staff who was facing bankruptcy over failed property bets, even though Henderson had its own debt problems, according to a biography written by Leung Fung-Yee. “If I don’t help him during such a difficult time,” Mr Lee was quoted as saying, “who would?”

This article is from the Nikkei Asian Review, a global publication with a uniquely Asian perspective on politics, the economy, business and international affairs. Our own correspondents and outside commentators from around the world share their views on Asia, while our Asia300 section provides in-depth coverage of 300 of the biggest and fastest-growing listed companies from 11 economies outside Japan.

Mr Lee grew up in a merchant family in Shunde, in southern China’s Guangdong Province. Affectionately known as Uncle Four — as the fourth child in line — he managed the family’s gold shop in his teens. In 1948, he moved to Hong Kong with only HK$1,000 in his pocket.

He quickly went from trading gold and foreign currency to investing in property with fellow businessmen Kwok Tak-Seng and Fung King-hey, who had immigrated to the city during or after the second world war. The trio bought old buildings and divided them into smaller units.

The company they founded became Sun Hung Kai Properties, which now has a market value of almost HK$380bn ($48.4bn). After SHKP went public in 1972, the ambitious Mr Lee left and started parent company Henderson Development the next year, though he still holds 2.14 per cent of SHKP as well as the title of vice-chairman.

Critics question Henderson’s heavy reliance on a single industry and territory, but others argue that Mr Lee has been smart to stick to what he does best in a city where home prices have risen more than fivefold since 2003.

“Henderson knows exactly what they are doing,” said Jeff Yau, an analyst with DBS Vickers Securities in Hong Kong. 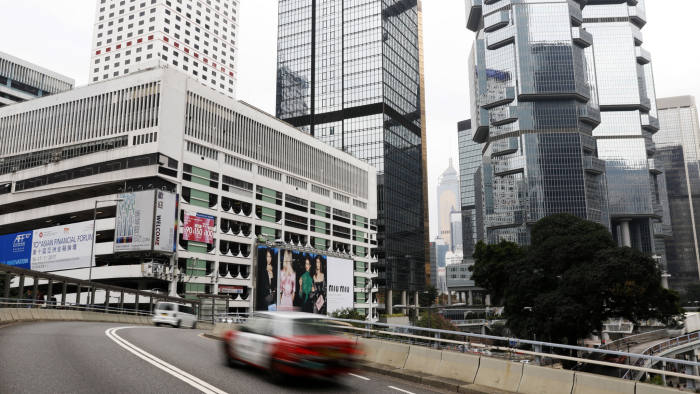 The company is the city’s largest farmland owner, with a land bank of more than 4.23m square metres. It earns the bulk of its revenue from selling properties, though it is gradually expanding its leasing business. Last year, Henderson reported HK$8.9bn in rental revenue, compared with HK$16.3bn from sales.

Analysts say leasing generates more stable income even if the margins are thinner. But Henderson has shown a knack for flipping properties for profit — sometimes taking advantage of the mainland counterparts most local developers fear.

Henderson in 2018 sold a residential site in the western district of Tuen Mun to the mainland’s China Evergrande Group for about HK$6.5bn — 80 per cent more than it paid the government for the property in 2015. A North Point office tower was sold to a mainland financial services company for HK$10bn, fetching a tidy HK$5.4bn profit.

The previous year, Mr Lee also paid a record HK$23.28bn for a plot in the Central district, making it the world’s most expensive commercial land.

“Once Lee determines the opportunities are rewarding, he will invest heavily,” said William Cheng, chairman of Hong Kong-listed Magnificent Hotel Investments and a son-in-law of Mr Lee. “Most people talk a lot but [do not take] action. Mr Lee is quite the opposite.”

In this period of global uncertainty, staying close to home may not be a bad idea. Mr Li’s wealth shrank almost 12 per cent last year, due to his exposure to international markets such as the UK. Mr Lee’s wealth declined 8 per cent. 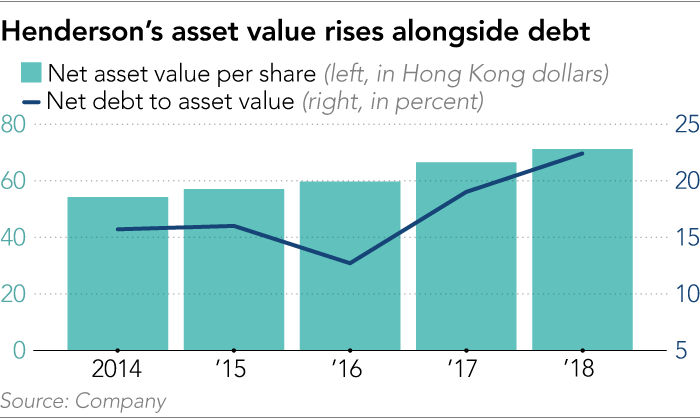 The simpler business model should also make succession easier, said Nicole Wong, head of property research at brokerage CLSA. “First, you don’t know if the new business will work if you don’t have experience,” she said. And “it’s not easy to take good care of a lot of different things at the same time”.

But two elements have analysts worried: the likelihood that Mr Lee will overshadow the new leadership, and his decision to have Peter and Martin share the chairmanship.

“Business monarchs are extremely difficult to replace,” said Morten Bennedsen, a professor of family enterprise at business school Insead. “In Asian culture, nobody can tell them to retire, even though they said [they would].” Mr Lee will remain an executive director even after he steps down as chairman.

Mr Ho at Mastermind questions the dual-leadership idea. “It does not make sense to put two sons together,” he said. “They are already very mature and have their own characters.”

Mr Bennedsen warned there was a history of private family tensions spilling over publicly once a patriarch stepped aside. “Even if the kids fight a lot,” he said, “they keep a clean face when they are with the founders.”

A classic example is the Kwok family. When SHKP co-founder Kwok Tak-Seng died of a heart attack in 1990, at 79, he was still deeply involved in running the company. Under his leadership, his three sons had worked together to build one of Asia’s largest property groups. But since 2008, the family has been embroiled in a bitter feud that ousted Walter Kwok Ping-Sheung, the eldest son, from the board he led for 18 years. His two siblings were later charged in a graft case; one, Thomas Kwok, was convicted.

Still, Mr Bennedsen said brothers can be a powerful combination if they share values and trust each other.

Mr Lee may be counting on his professional managers to help his sons keep things running smoothly. “Over the years, Dr Lee has accumulated a group of very good managers,” said Mr Yau at DBS Vickers. “I don’t think the company would change completely after his retirement.”

Joseph PH Fan, a professor in the department of finance at the Chinese University of Hong Kong, said the transition would hinge on whether the successors’ power and responsibilities were clearly defined, and whether they had had enough practice working with the management team.

“If one of the two elements were missing,” he said, “the succession would be challenging no matter how talented Lee’s two sons are.” 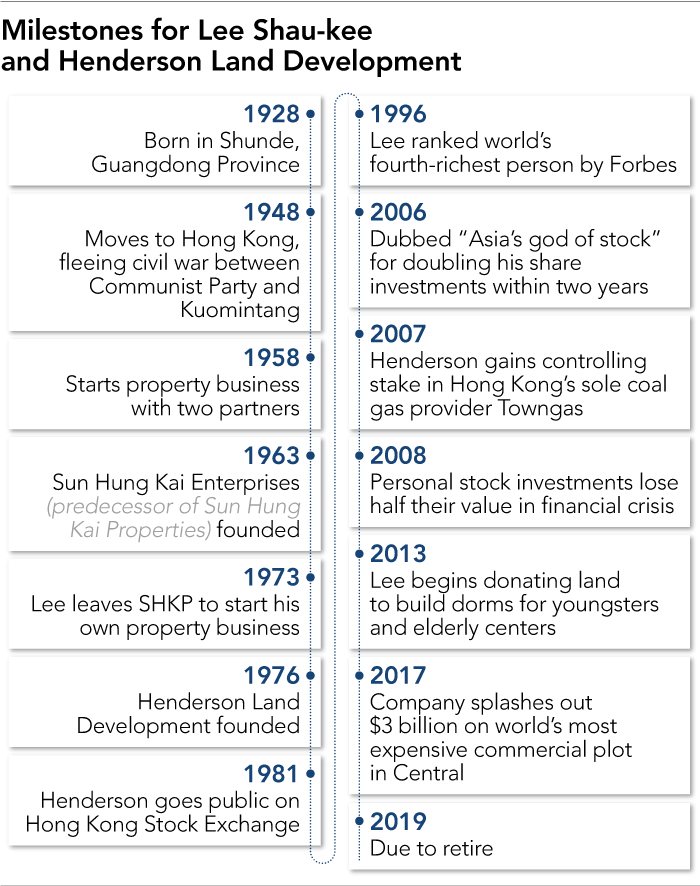 A version of this article was first published by the Nikkei Asian Review on May 17 2019. ©2019 Nikkei Inc. All rights reserved