Are you sure?
No Yes
Home    Indianapolis Colts Owner Jim Irsay Letting Go of Zionsville, IN, Home for $2.5M

Indianapolis Colts owner Jim Irsay will take a break from mourning the loss of his quarterback if an offer comes on his Zionsville, IN, home.

On the market for $2.5 million, the mansion on 16 acres is situated about 30 minutes from Lucas Oil Stadium in Indianapolis. According to property records, the estate is owned by James S. Irsay 1989 Trust. Listing agent Stephen Decatur did not respond to requests for comment.

Irsay and his wife, Meg Coyle, had been living apart for over a decade, and the two officially divorced in 2014. Part of the divorce petition notes, “The parties own certain property which comprises the marital estate. The Petitioner requests that the Court enter appropriate orders to divide and distribute the parties’ marital estate.”

It’s unclear if this home was inhabited by either Coyle or Irsay. Irsay’s primary residence is reportedly in the nearby town of Carmel, IN.

If this property isn’t large enough, a buyer could consider snapping up a neighboring 28 acres for an additional $1.5 million.

Built in 1993, the traditional estate offers seven bedrooms and 8.5 baths, with 11,710 square feet of living space. 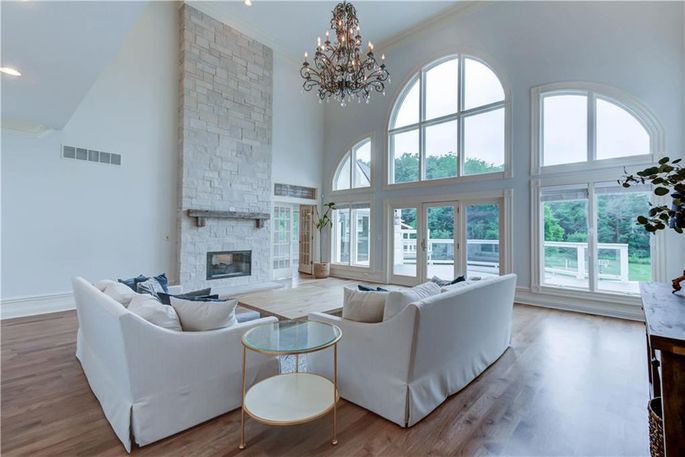 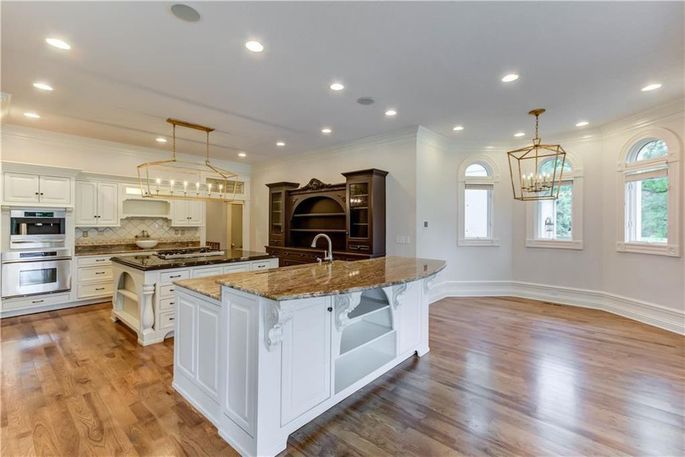 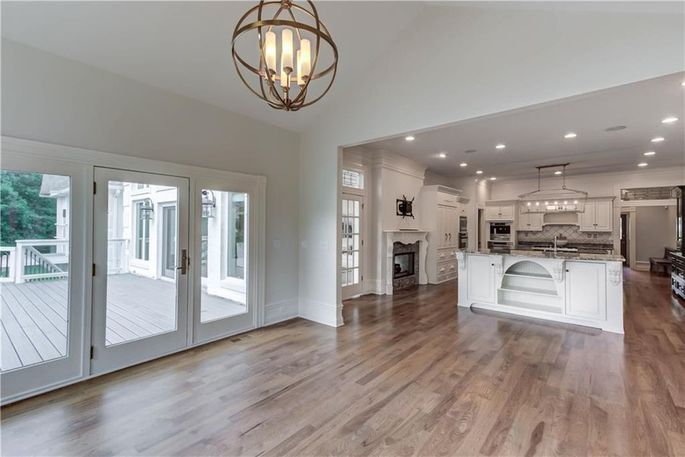 Dining area opens out to deck. 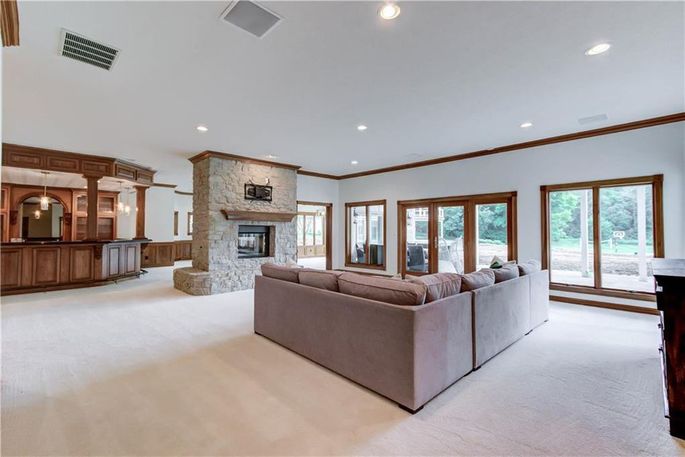 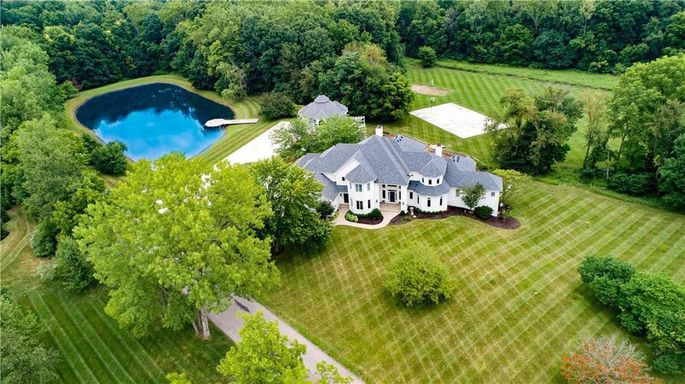 The grounds feature a pond, creek, and woods. Inside, the completely remodeled home includes an updated kitchen with two islands. The dining area opens to the deck.

The formal living room features a two-story fireplace along with a wall of windows. In addition, a rec room with lounge includes a large wet bar. Upstairs, a huge master retreat includes a sitting area with a fireplace, a bathroom with separate tub and glassed-in shower, and an enormous walk-in closet.

Separately, a 2,500-square-foot guesthouse on the property includes two beds and three baths.

As for his day job, the 60-year-old inherited ownership of the Colts from his father, Robert Irsay, in 1997. Since the son’s leadership, the Colts have boasted 14 winning seasons, including a Super Bowl championship in 2006. He’s also known to collect guitars from legendary musicians, including Prince, Bob Dylan, and Jerry Garcia. The wealthy CEO was featured in the Forbes billionaires list from 2018. His current estimated worth is $2.7 billion.

Previous article
Is the Japanese market warming up to hostile deals?
Next article
Game-Changing Regeneration Makes Bracknell the Next Key Investment Hotspot