Are you sure?
No Yes
Home    Inspired by Gaudi, the Montecito Castle in the Sky Evokes Elements of Nature

Every once in a while, an ambitious and imaginative architect attempts to design a home inspired by Catalonian architect Antoni Gaudi.

Few can pull it off with the same elan as architect Frank Robinson did in his renowned “Castle in the Sky.”

His adobe brick and tile castle perched on a hillside in chic Montecito, CA, is now about to go to a buyer for the $1.35 million list price.

Gaudi, whose most prominent work is the awe-inspiring Sagrada Familia Cathedral in Barcelona, is known for his use of undulating curves, ceramics, stained glass, wrought ironwork forging, and unique carpentry. He also created mosaics from broken ceramics and was inspired by shapes found in nature, including tree branches and the human skeleton.

Influenced by Gaudi, Robinson incorporated Native American wood art in almost every room of the 3,412-square-foot house. A theme of the five basic elements of nature (water, fire, earth, wood, and air) runs throughout the residence. For example, the bar room feels as if it’s part of a treehouse, with branches extending across the ceiling and up the walls. Native American geometric patterns adorn the ceiling. 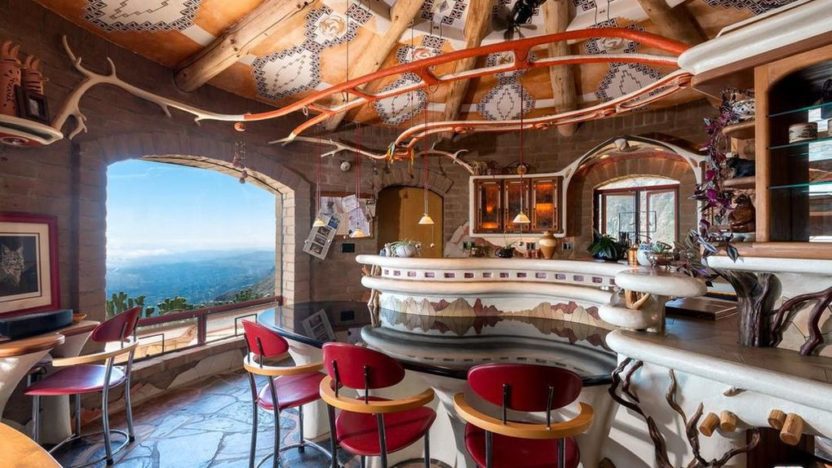 The ceilings in the home are undeniably spectacular. The vaulted ceiling in the living room looks to have been inspired by a shell. Some of the home’s other ceilings evoke flowers, with Native American flourishes. 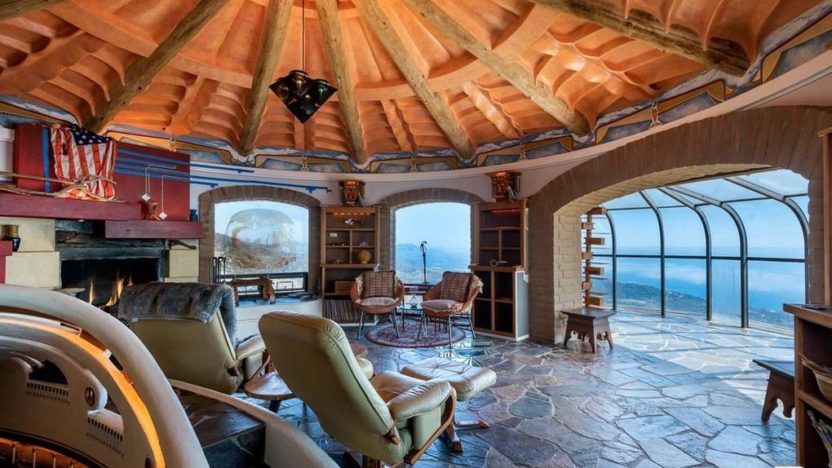 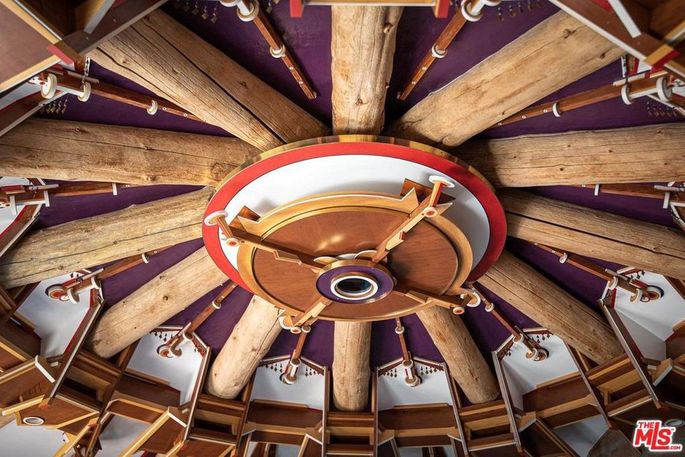 The creative styles also carry into the home’s two bedrooms.

The master bedroom, with a built-in bed and curved side desk, appears to be inspired by shapes one might find at the bottom of the sea. The room also offers amazing vistas from its sizable windows. 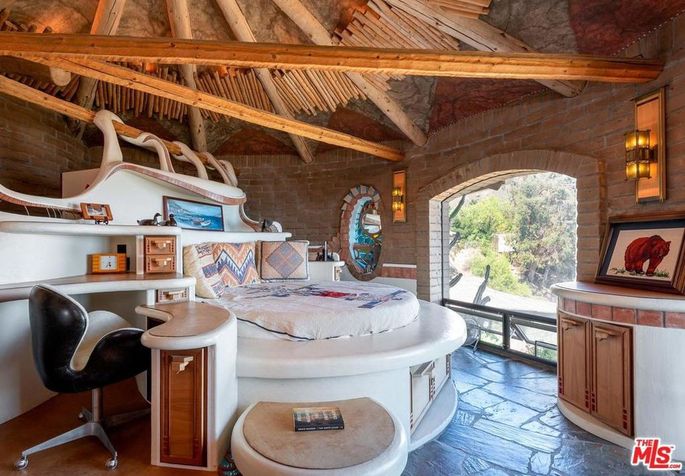 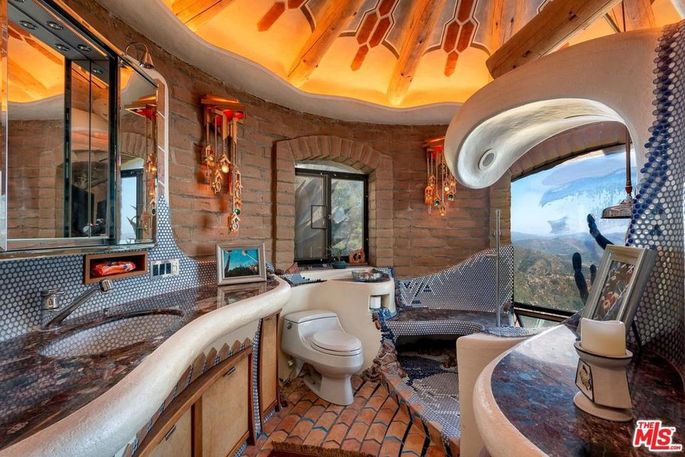 The exterior uses forms from nature as well—some of the rooflines are reminiscent of a reptilian spine. 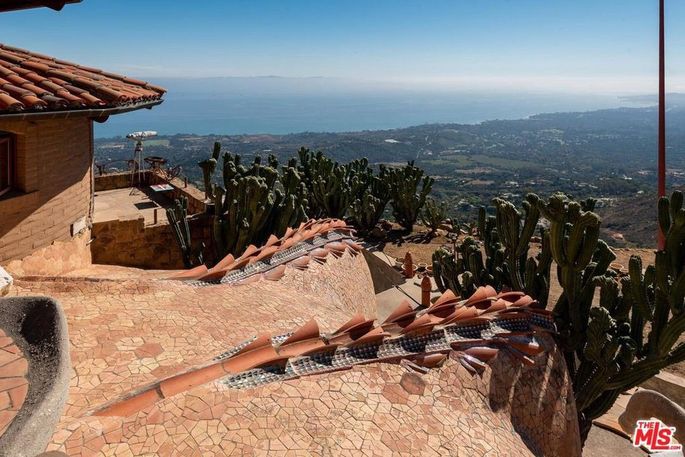 A partly finished wraparound swimming pool/moat leads to an indoor spa grotto. The new owner will be responsible for adding the finishing touches. 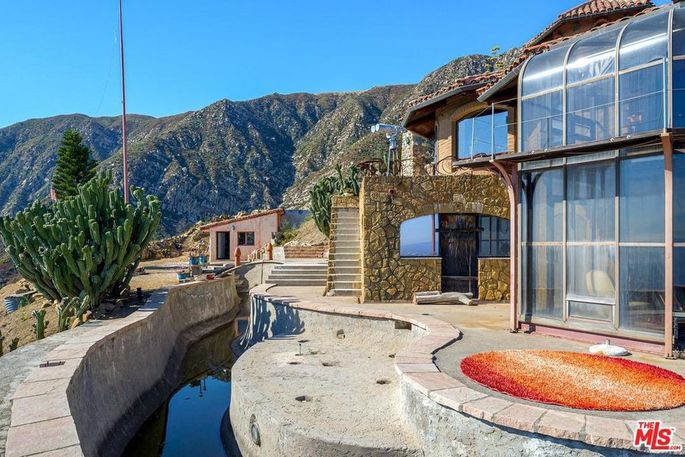 There’s one element no architectural mastery could improve upon: the breathtaking views of land and sea that the property enjoys from its perch atop Toro Canyon. 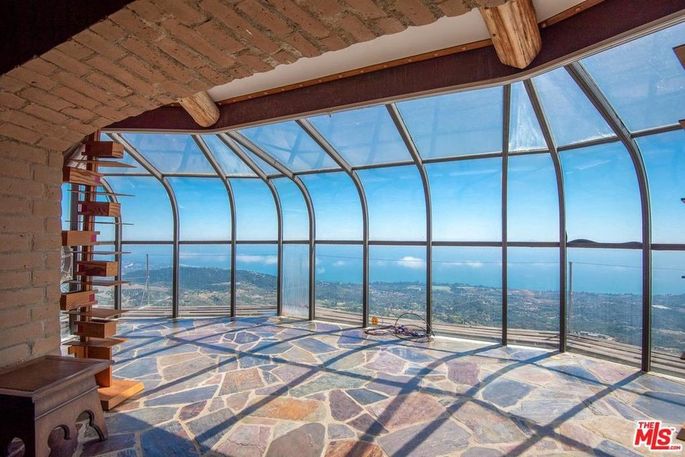 However, the stellar view does come with a cost. The recent Thomas fire damaged the property’s private well, which would need to be repaired in order for the property to have water. Connecting to the Montecito water district is also an option. 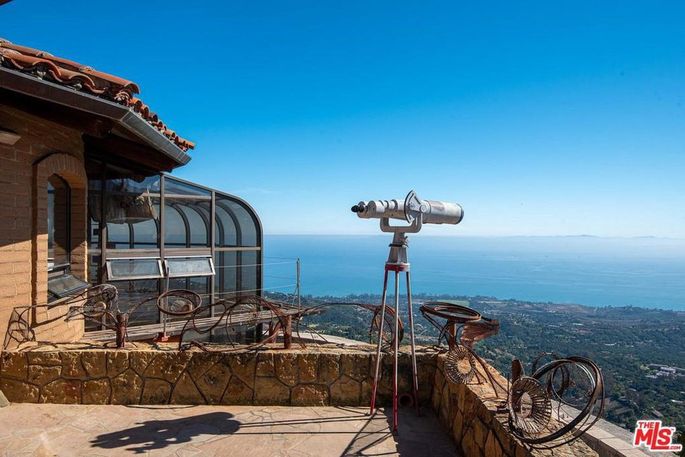 Views of land and sea

And if the 13.1-acre property seems a little too remote for you, fear not. The property comes with a helipad and hangar.

The unique Castle in the Sky was completed in 1980. It was initially listed for $2,195,000 in August. The price was cut to $1.7 million before landing on its current asking price. As of publication, a sale is pending.