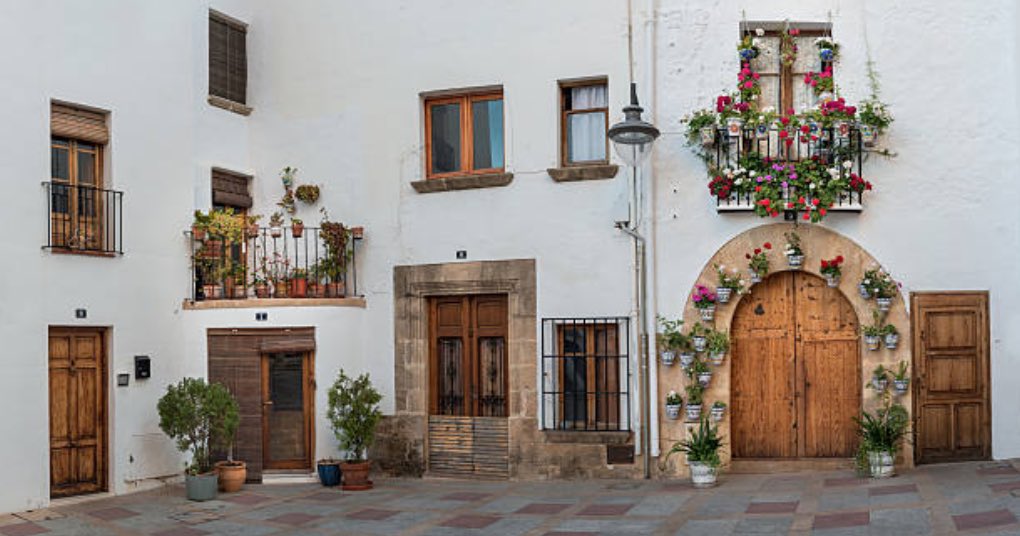 Is a Property In Javea Too British?

I looked at many properties in Javea, a resort town on the Costa Blanca, before deciding to purchase a property in neighbouring Denia. One of the issues I pondered with was the town of Javea “too British”. Since moving here, I find many expats have the same problem when deciding in which area they will purchase a property.

When making the move to Spain, many people find they are torn between living in one of the coastal resorts, popular with expats and tourists, and moving to an inland location. Even though inland may possibly be only 10 or 15 miles from the beach, you will find a more traditional Spanish way of life, with far fewer expats, and have little choice but to integrate and mix with the locals.

It seems a number of would-be expats feel guilty moving to a foreign country where there is a large expat community, and they will be unlikely to learn the language quickly or indeed be forced to socialise with the locals. Perhaps part of this issue comes from the large influx of expats and migrants to the UK, who although have lived in the country for a very long time, do not seem to have made an effort to learn English.

This is also true of many expats from the UK living in Spain, who find that on arrival to the country, because of the large number of their fellow countrymen living in the nearby area, they do not have much opportunity to practice Spanish other than learning how to say “Two beers, please” or “300g of cheese”.

How much you integrate with the local population will depend on a number of things – firstly your ability to speak Spanish. Obviously if you have no Spanish at all, you are going to find it much easier to socialise with members of the English-speaking local population. Therefore will probably find in a short time you do not really need to make an effort to meet or integrate with Spanish people, because you will already have a number of friends and acquaintances who speak your own language.

I think the important thing is not to worry about there being a large expat community, or think of it as an issue, but rather see it as an advantage. There is no reason why you should not be taking Spanish classes and making an effort to mix with local people even if you have a social circle of friends of your own nationality.

The ideal solution is to find a comfortable mix between the two. While if you move to a town such as Marbella, Javea, Torrevieja or Benidorm where there are an exceptionally high number of expats, in many Spanish resorts you will find although there are British people living in the area, the percentage when compared to local population is actually rather low.

Towns like Lloret de Mar, Sitges, and Salou all have an expat population but not to the point where numbers overtake the Spanish residents. If you find yourself in need of help, for example if you are taken ill, or need help with a legal issue, it is very helpful to live in a town where you’re likely to find professionals who not only speak English, but actually are British among those you contract for help. If you live inland and are the only foreign expats in your village or town, this is less likely to be the case.

For example in Javea or Benidorm you can find German and English lawyers, dentists, doctors, estate agents, etc. Inland, this is highly unlikely to be the case. This is not necessarily a bad thing, particularly if your Spanish is fluent, but is a distinct advantage when it is not.

Another thing to remember is if you live in a town such as Javea where there are many expats, you will find restaurants and local shops provide for them. Securing British groceries is very easy in Javea, Benidorm and Torrevieja. While one should definitely take advantage of the fabulous Spanish produce, it is also nice to know you can get goods that remind you of home, should you desire them.

My advice is to simply enjoy the benefits that living in a mixed community affords you when it comes to language, social life and local amenities, while not forgetting you are in a foreign country and make every effort to integrate with the Spanish people, and have the manners to attempt to learn the language!

Published in Country Guide and Spain