Are you sure?
No Yes
Home    Is the Japanese market warming up to hostile deals?

FT premium subscribers can click here to receive Due Diligence every day by email.

Japan, according to received wisdom, doesn’t do hostile takeovers.

There was a brief spate of attempts about a decade ago. They didn’t go well and everyone settled on the idea that Japan’s enormous, ripe-for-consolidation market would never evolve into a dealmaking free-for-all.

They may still be right, according to the FT’s Leo Lewis in Tokyo. But a developing scrap over the hotel and property developer Unizo at least hints at the possibility of a fundamental shift.

Now shares in the real estate company are trading higher than the level of the Fortress bid, and with good reason.

Large Unizo shareholders have told the FT there’s no way they’re selling their shares for the ¥4,000 per share Fortress is offering: This is a desirable, undervalued asset and there is high anticipation for an all-out bidding war.

And guess who has built a 9.9 per cent stake in the Japanese group and is set to win if there is a bidding war: Paul Singer’s Elliott Management.

The importance of all this, says someone that is closely involved, has to do with the digestion of the Japanese market. The metabolic rate has long been significantly slower than other major markets precisely because deals like these happened rarely.

The resulting flabbiness is what consistently limits any serious bull run on the Japanese market to a couple of years at best. Hostile offers, now seemingly tolerated, are the adrenalin shot Japan desperately needs.

PS While on the topic of Japan, here’s a working link to the piece on brewer Asahi and its global dealmaking. Sorry about the mishap earlier this week!

After a 15-year wait, Goldman wants more in China

Goldman Sachs has finally applied to take a controlling stake in its Chinese securities joint venture, 15 years after it first launched.

The country’s securities regulator began taking applications last year from banks looking to up their holdings in joint ventures to 51 per cent, part of a bigger initiative to open up China’s financial sector.

Nomura, JPMorgan Chase and Credit Suisse have all applied, while UBS has already received the green light from the China Securities Regulatory Commission and launched operations with a majority stake in its Chinese business. Goldman’s application is an important step for Sino-foreign securities partnerships.

The US investment bank was the first foreign bank to ink a deal with Chinese partners to set up such a joint venture back in 2004. The original deal was struck between Henry Paulson, then chairman and chief executive of the bank, and Fang Fenglei, pictured below, one of China’s top private equity investors. 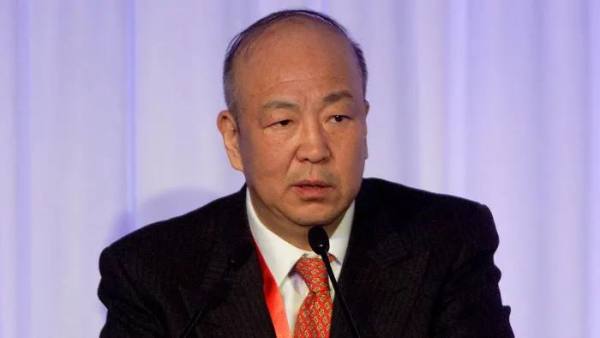 Fang has connections to some of the most powerful figures in Chinese politics, including Wang Qishan,vice-president.

Goldman Sachs Gao Hua Securities is also partially owned by Legend Holdings, a group founded under the Chinese Academy of Sciences in 1984 that went on to buy IBM’s personal computer unit in 2005.

Many industry insiders believed that Goldman’s powerful partners would ultimately hinder its ability to move to majority control. The bank’s application, if successful, will show that isn’t the case.

But there are still big questions as to whether a foreign bank can succeed in the Chinese investment banking market.

Fifteen years since the start of the experiment, the banks’ foreign businesses are still small. And it’s unclear if gaining majority stakes in their Chinese operations will make much of a difference.

Follow the money: the fees on the Advent/Cobham deal

Bankers and advisers on Advent International’s takeover of the British aerospace and defence contractor Cobham are set to pocket some £200m in fees from the £4bn deal.

Much of that fee — between £120.2m and £135.2m — will go to the likes of Credit Suisse, Citigroup and Goldman Sachs for providing financing for the deal. The broking advisers, which include the usual suspects, stand to share up to £45.8m. 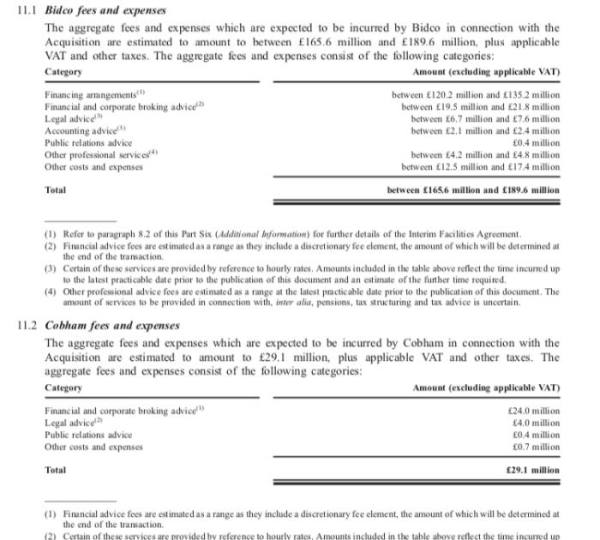 But that’s only if the deal goes through. If it has anything to do with Nadine Cobham, whose late husband Michael Cobham ran the FTSE 250 group, it won’t.

The proposed takeover of one of Britain’s oldest engineers has faced a backlash from shareholders as well as some of the country’s political establishment.

Cobham’s pioneering air-to-air refuelling technology is used on all western fast jets and is regarded by many as a national strategic asset that shouldn’t easily be handed over to a foreign buyer.

Shareholders are in a quandary: Cobham shares are 50 per cent below their 2015 peak, the group has had two rights issues and it has warned on profits five times. Still, some may want to hold out for a higher bidder.

Silchester International, Cobham’s largest shareholder which owns 11.83 per cent, has said Advent’s cash offer was too low and urged the company’s management to find alternative proposals.

It’s also unclear how Boris Johnson’s government will react to a takeover of key parts of Britain’s industrial base. But you can bet bankers on the deal will be paying close attention.

The FT’s Sylvia Pfeifer and Arash Massoudi have the full details.

Linklaters has added two partners to its investment funds practice in New York. Jason Behrens and David Miller have joined from Schulte Roth & Zabel where they were both special counsel in the law firm’s investment management team.

Blackstone has hired Ram Jagannath, a former partner at Navab Capital Partners, as a senior managing director in the group’s recently launched growth equity investing platform. Jagannath, who will focus on the healthcare and technology sectors, previously worked at The Carlyle Group.

Germany Inc The increasing plight of Germany’s corporate sector is no coincidence, writes the FT’s Olaf Storbeck. The country’s model of corporate governance needs an overhaul to ensure there are checks and balances on managerial incompetence. (FT)

The Naked Chef Two decades after Jamie Oliver burst on to TV screens as a young chef with a taste for popular food culture, the British cook looks back on the fall of his restaurant empire and his legacy as a healthy eating advocate. (NYT)

Business ties The FT’s John Gapper urges businesses in Hong Kong to stay strong under mounting economic pressure from mainland China to confront protesters who work for them. (FT)

Drilling down The Permian Basin straddling Texas and New Mexico has made the surrounding areas attractive locations for those chasing the US oil boom, and this time they think it will last. (Reuters)

US SEC plans to curb power of proxy advisers (FT)