Are you sure?
No Yes
Home    Landlords struggle for festive cheer in retail gloom

At a rundown shopping centre near Birmingham, Christmas festivities are in full swing, with wreath making, crafts and a Jolly Jumper Day planned for visitors. But for the Gracechurch Centre’s landlord, celebrations are on hold.

Asset manager M&G was this week forced to block investors from withdrawing their money from the property fund that owns the centre — and about £950m of retail properties across the UK — after a sudden rush left it with insufficient cash.

The move was the first time a property fund has suspended withdrawals since the immediate aftermath of the Brexit vote and reflected the severe stress on property owners from two years of almost relentless insolvencies of UK high street retailers.

Even retail tycoons are looking to healthier parts of the property market. Days before the M&G Property Portfolio was “gated”, it emerged that Amancio Ortega, the Spanish billionaire who founded the Zara fashion chain, was close to acquiring McKinsey’s London headquarters for £600m, the latest in a series of London office buildings he has snapped up.

But while demand for prime office space in London — and elsewhere — has been rising, falls in retail rents and prices have accelerated and are now approaching the levels of the financial crisis a decade ago.

Big-name investors, from UK billionaire John Whittaker to the US private equity firm Oaktree Capital are nursing heavy losses on their investments in the sector.

M&G, whose property fund shed £900m in assets in the first ten months of this year, cited “structural shifts” in the UK retail sector, where weak consumer confidence has combined with high costs and the switch to digital shopping to bring a series of landlords to a crunch point.

Its difficulties are the latest example of an open-ended fund falling foul of a disjunction between the daily trading offered to investors and the time it takes to sell illiquid holdings. Such problems precipitated the fall of now discredited investment manager Neil Woodford’s firm this year, while a series of property funds shut to withdrawals following the 2016 EU referendum.

“UK retail has three different diseases simultaneously,” said one big investor in real estate investment trusts. “The first is online restructuring: we have a 30 per cent oversupply in physical property. The second is that rents are too high, and the third is the broken system of property taxes.”

He expected the writedowns in the retail sector in the past 18 months would “accelerate towards the bottom”. “It’s the fault of the fund managers for not seeing this coming and starting to sell assets.” 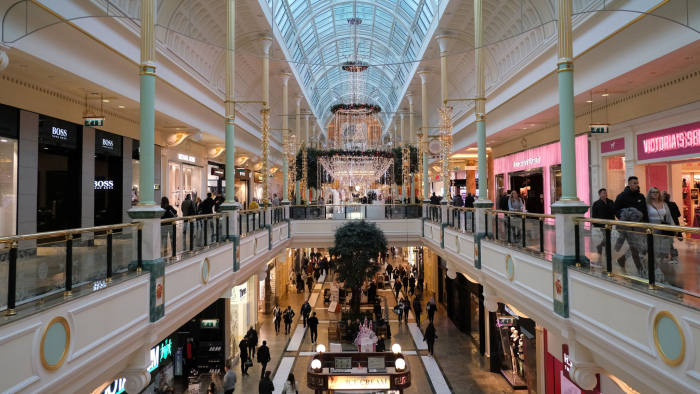 Indebted shopping centre landlord warns of likely equity raising after a string of retailer insolvencies. Recent trading update states like-for-like rental income to drop about 9 per cent this year and to continue falling in 2020 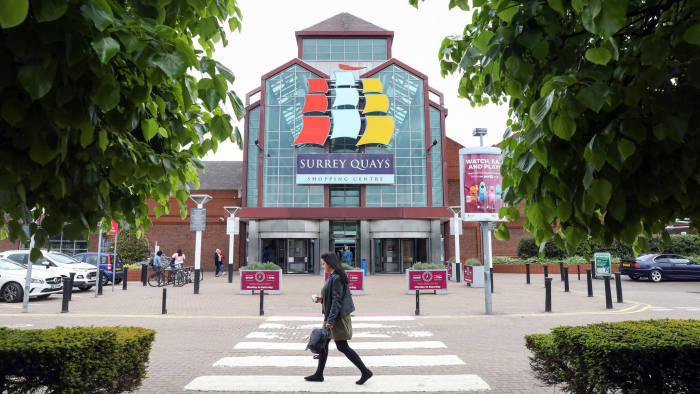 Almost £600m, or a tenth of its retail portfolio’s total value, is wiped out in the past six months. Analysts said both it, and other property groups, have been slow to recognise the scale of changes in retail 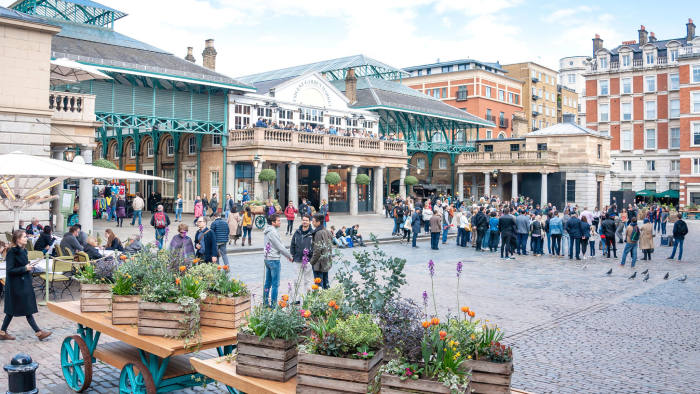 The annual value of the West End focused landlord’s portfolio declined for the first time in a decade. Lower valuations on its large stores in Covent Garden were blamed as full-year profits tumbled 85 per cent

British Land, one of the UK’s largest real estate investment trusts, wrote down its retail holdings — which include the Meadowhall centre in Yorkshire — by 10.7 per cent last month. Its chief financial officer, Simon Carter, told investors “retailers are facing a near perfect storm”. “There will be further insolvencies and as always, Christmas trading will be key”.

Stuart Lipton, the veteran property investor, said landlords had been slow to adapt to demographic and digital trends. “The office world has urbanised and densified. Shopping hasn’t matched that . . . Malls are not open when people want them to be, and the internet is always open. It’s about really significant social change.”

The UK’s experience is being felt elsewhere, according to Rob Virdee, analyst at Green Street Advisors: “The ecommerce headwinds are global but less on the [European] continent than in the UK and US.” 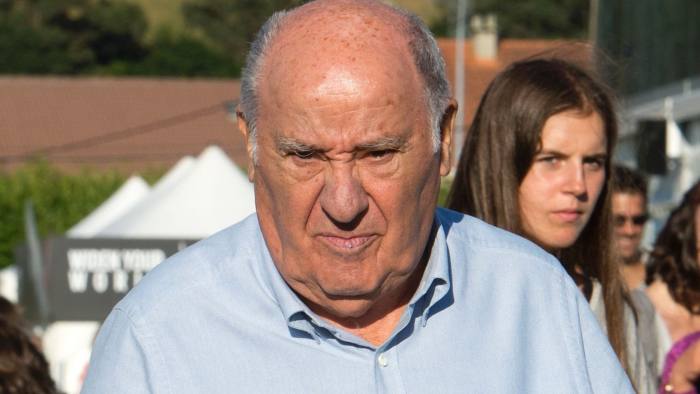 About 9,271 store closures have been announced in the US so far this year, more than in the whole of 2018, according to Coresight Research. Problems are also emerging in continental Europe, notably Germany, where the €1.6bn landlord Deutsche Euroshop last month lowered 2020 sales and earnings guidance.

In the run-up to M&G’s fund suspension, its valuers, Knight Frank, slashed £75.6m, or 7.7 per cent, from the value of its retail assets, which make up almost 40 per cent of the portfolio. The fund’s properties, such as the Gracechurch Centre and the Fremlin Walk mall in Kent, have been affected by insolvency procedures at retailers including House of Fraser.

Meanwhile, sales have slowed to a trickle. Only £531m of shopping centres have changed hands so far this year, according to the data provider CoStar, against £1.5bn last year; that means this year is set to hit a record low, according to Savills. 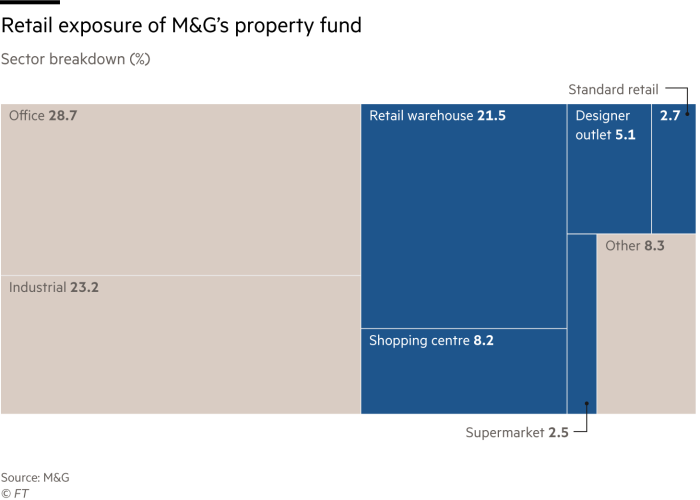 Many overseas landlords are reeling from ill-timed punts on UK retail. US private equity group Lone Star surrendered a portfolio of five UK shopping centres to their lenders this year. For New Frontier, a South African-listed real estate group that owns smaller UK centres, the value of its holdings shrank below that of its debt.

Other UK-based groups are feeling the pain, with writedowns meaning they need to sell assets to help keep debt at levels acceptable to lenders.

Intu, a real estate investment trust that owns landmarks including Manchester’s Trafford centre, is battling under a £4.7bn debt load, with a series of refinancings looming. 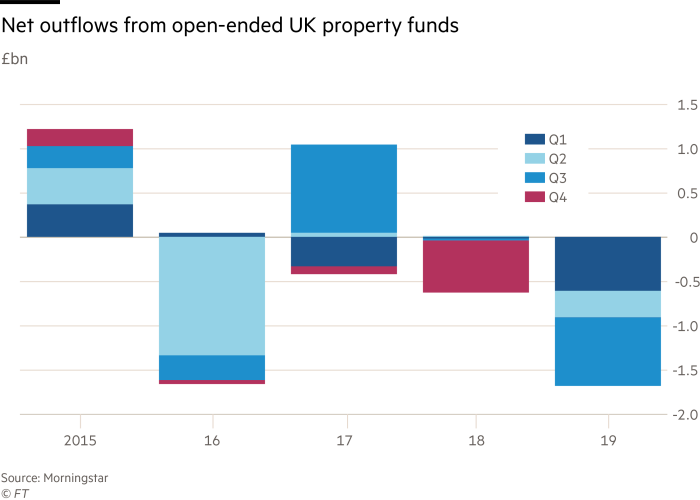 “[Intu is] running fast just to stand still and obviously that is not sustainable,” said Colm Lauder, analyst at Goodbody.

Industry figures expect further knock-on effects from the gating of M&G’s fund. “A wider run is now highly likely, possibly taking down some of the better run funds,” said David Wise, who formerly ran a rival fund at the asset manager Kames Capital.

The Reit investor said the retail market would restart once investors felt confident they could assign values to properties. This moment will be hastened by “forced sellers” such as funds facing redemptions and Reits, such as Intu and rival Hammerson, which is being targeted by activist investors.

“We need that cathartic moment of price discovery,” the investor said. “I think 2020 is going to be the year.”

M&G’s Property Portfolio, which halted trading this week, was just the latest in a string of UK funds to find they could not sell illiquid assets fast enough to pay investors back their cash.

That has worried financial regulators: the Bank of England and Financial Conduct Authority are carrying out an investigation into liquidity mismatches, on which an update is due on December 16.

The FCA has already issued new rules that will come into effect next September, boosting disclosure requirements for funds holding property and other illiquid assets. The rules say funds must suspend trading if there is “material uncertainty” over the value of more than 20 per cent of their portfolios.

The FCA has signalled it approves of fund suspensions as a last resort; when seven funds temporarily halted trading after the Brexit vote, the process prevented fire sales that might have led to a downward spiral in property values.

But rules overseen by the FCA stipulate that fund managers offering daily dealing should ensure they maintain enough liquidity to deliver it, something the FCA is scrutinising, according to people briefed on the situation.

The watchdog is also examining issues around pricing, especially when markets are falling and investors rushing to withdraw funds. Particularly if valuations lag behind the market, investors have an incentive to redeem quickly, leaving those still in the fund to bear the full impact of writedowns.

Some financial advisers argue that the daily-traded open-ended fund structure is ill-suited to property. Investors also have the option of real estate investment trusts, which are traded on exchanges and pay over most rental income to investors.

The FCA is trying to weigh this against other valid reasons why open-ended funds exist, which it stresses are for long-term investments, according to one person familiar with the regulator’s thinking.

David Wise, who until this year co-managed the Kames Property Income fund, said: “Retail funds are far from perfect but so too are the alternative — listed funds that come with leverage and volatile pricing . . . The FCA and the platforms through which such investment goes don’t help by insisting on daily liquidity to protect retail investors.”