Are you sure?
No Yes
Home    London’s prime property market picks up despite Brexit uncertainty

Nigel Bedford remembers the moment two of his clients — an expat couple working in banking in London — suddenly thought better of buying a home in the UK capital. They had gone through the lengthy process of searching for a house and set up the financing via Bedford’s mortgage-broking firm but, on the day they were due to exchange contracts, phoned him to say the deal was off.

The reason? The date of exchange was June 24 2016, the day after the UK’s Brexit referendum, when voters shook British politics to the core by opting to leave the EU. “They had no idea whether their jobs would remain in London,” recalls Bedford, a senior partner at Largemortgageloans.com. Instead, they returned to renting.

The chilling effects of the UK’s political tumult on the London housing market have lasted much longer than the immediate aftermath of the referendum, particularly for the wealthy buyers in the prime central areas of the capital. Transactions have fallen by about one-fifth in the London market since the vote, and appear to have slowed further in recent months, according to Land Registry data.

Neal Hudson, director at housing market research firm Residential Analysts, says the market for homes worth £2m or more declined 18 per cent in the year to April 2019. Figures are available for more recent months but should be treated with caution, Hudson says, since they are subject to substantial revision later on. Even so, he adds, “there are clearly some signs of the market slowing [further]”.

Fears over the future path of the market are driving this reticence. “Unless you are prepared to take a punt and catch the falling knife of London house prices, you may as well sit tight and wait it out. There don’t appear to be many signs of stability in the future, but there are plenty more signals of instability,” Hudson says.

Estate agents and mortgage brokers say the atmosphere of unpredictability hanging over the economy and the uncertainty bedevilling international businesses with UK arms (as well as the oft-cited effects of higher stamp duty on expensive homes) have discouraged people from making the big financial commitment entailed in a top-end London house purchase.

Yet, three years on, Bedford’s couple provided a striking coda to their story. Last month they got back in touch with him to say they were back in the market for a home — this time with a bigger budget than the £900,000 purchase they had in mind three years ago. “There has been a hiatus in the market, but people still need a place to live. Families get bigger and they need larger properties. People are saying ‘we can’t go on waiting for ever’,” he says.

He also points to a Dubai-based Indian client, unmoved by the UK political situation, who bought a London home for £8m, his faith in the city’s appeal as a property market intact. “There will always be that demand because of the inherent long-term stability [of the UK] and the very transparent ownership and tax positions,” Bedford says. Nonetheless, he has detected a drop-off in interest from wealthy buyers based in EU countries.

While the transaction figures show a continued slowdown in activity, some property professionals have noticed a pick-up in interest from buyers who had been sitting out the market. Camilla Dell, founder of Mayfair-based buying agent Black Brick, says one very wealthy client recently bought a £20m apartment for his own use, and had no worries about the impact of political upheaval in the UK. “He said governments change and you might pay more tax, but broadly speaking, they’re the same. That’s the view of a billionaire,” she says.

Buyers in the £1m-£5m range remain cautious but more are getting on with decisions they had parked in the wake of the referendum, says Dell. “There comes a point when you have to ask yourself how long you’re prepared to wait. Some of these buyers are fed up of paying rent and feel the market has come down far enough for them to come back.” 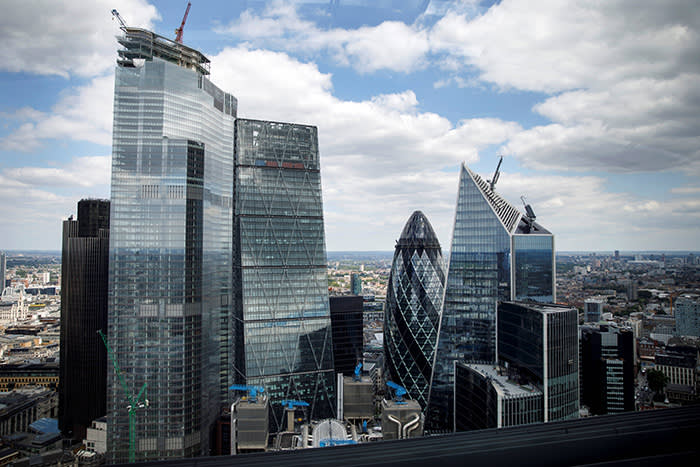 Some point to the drop in sterling since the referendum as a big draw for international buyers of all kinds. Aneisha Beveridge, research director at estate agent Hamptons International, says a home that would have cost a dollar buyer £2m in early 2014 (regarded as the peak of the market) now effectively costs 33 per cent less — a discount of £669,000 — not just because of sterling’s depreciation but due to house price falls in prime central London.

According to Hamptons data, 58 per cent of buyers in prime central London in the first six months of 2018 were based overseas, a record high share of the market. Since then the picture has become more nuanced: the international share fell back to 44 per cent over the same period this year. “The drop-off was mainly caused by a fall in Asian buyers, particularly those from China and Hong Kong who have been impacted by capital restrictions on moving money out of China,” Beveridge says. The proportion of prime London homes bought by Asian buyers fell from 16 to 6 per cent over the period.

There has been a hiatus in the market but people still need a place to live. They say they can’t wait for ever

Bedford, the mortgage broker, has nonetheless seen a shift in the balance of business between refinancing deals and mortgages for home purchase, which he says is partly explained by increased interest from overseas buyers. Last year, new transactions accounted for less than a 10th of his business as the “wait and see” option dominated; this year so far, the two sides of the business are running roughly equal. “It has been a strong bounceback,” he says.

Another part of the explanation, he argues, is the continued phenomenon of ultra-low interest rates on mortgage deals. Banks with fat balance sheets are offering generous terms on fixed-rate deals and — for the wealthier purchaser — interest-only loans.

Hand in hand with intense mortgage market competition has come another significant development: more private banks and the wealth arms of investment banks are offering so-called “dry lending”. In other words, they are prepared to drop their traditional requirement that borrowers move savings or investment assets over to their care in return for arranging a mortgage.

“There are some great deals out there,” says Bedford. “Borrowers can get private bank money for 2 per cent all in, with all the flexibility you get from private banks.” 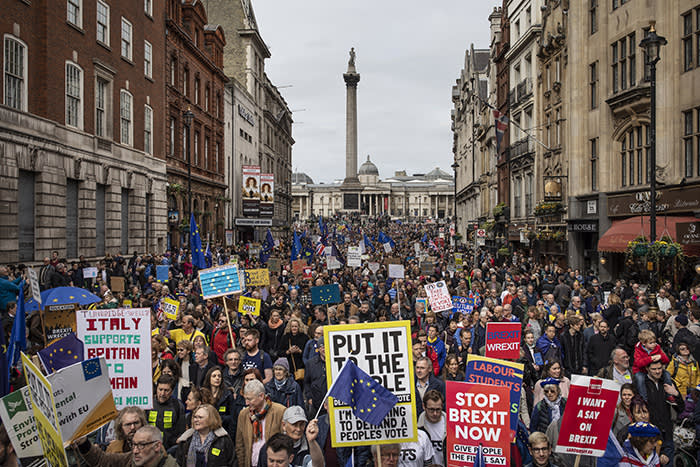 Overseas borrowers who might struggle to pass the rigid tests on proving income and affordability at high street banks can find value in this approach. A private bank might lend a multimillion-pound mortgage at a high loan-to-value ratio of 80 or 90 per cent, with the expectation that the borrower uses lump-sum payments over five years to bring that ratio down to 75 per cent, says Bedford. “But they may not be prescriptive on how or when they see those payments. Lump sums may come from the sale of a business, for instance,” he says.

Exploiting this climate of competition can be worthwhile, not only for those considering a move. Bedford gives the example of a refinancing deal he arranged for a client whose main residence was a £7m property carrying a £4m mortgage in Surrey, the area south-west of the capital. After remortgaging from one private bank to another, he raised an extra £1.5m — which funded the purchase of a new holiday home — but maintaining regular mortgage payments at the same level. “There are people who are in a really good position as a result of this competition between lenders,” Bedford says.

Much will turn on how the Brexit saga ends when it comes to the future of the London housing market. As the denouement continues to be postponed, though, the pressure on the “needs-based” buyer who has put off a purchase for fear of making the wrong decision is only likely to grow.

Previous article
Property Brother Drew Scott Turned to the Dark Side in His Bedroom: Did It Work?
Next article
MGM Resorts divests $5bn in Las Vegas real estate