Are you sure?
No Yes
Home    Must-See $10M Waterfront Home on an Island Once Owned by James Cagney

It appears that crime does pay—at least in the movies.

James Cagney, famous for playing cinematic tough guys, once owned an island in Newport Harbor, CA. Known as Collins island, it’s located on the western tip of Balboa Island and has since been divided into eight separate residential properties. One of those properties is now on the market for $10 million.

The four-bedroom home measures a relatively modest 3,116 square feet, but it appears larger thanks to its floor-to-ceiling windows with water views. The property comes with 140 feet of premium water frontage, large decks, and a private pier with a slip that can accommodate a boat up to 60 feet. 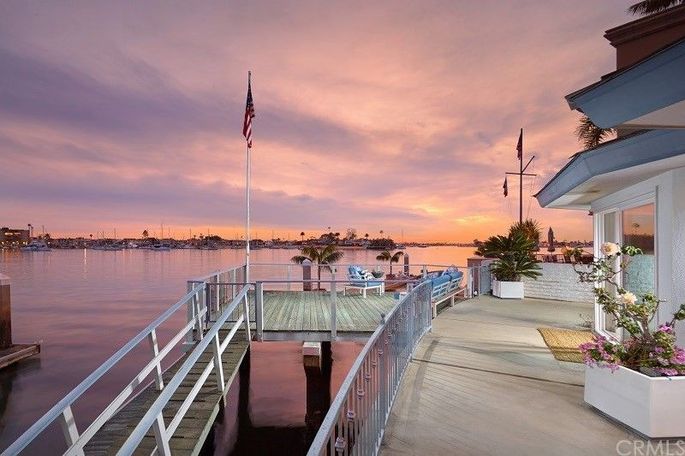 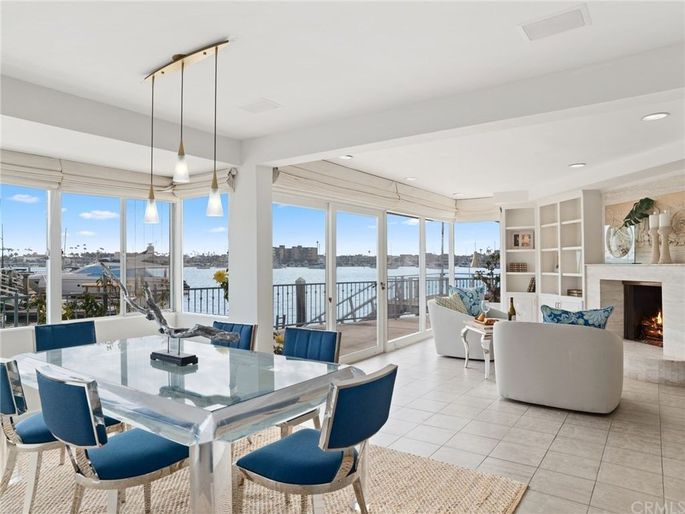 The neighborhood features nearby beaches, a boardwalk, and the Balboa Fun Zone, which offers games and rides. Like Cagney, the merry-go-round is a classic.

And since this place is situated on a prime spot right on the water, you have front-row seats to morning crew workouts, harbor boating action, sailing regattas, and paddleboarders. Of course, there are spectacular sunsets and holiday boat parades to enjoy as well. 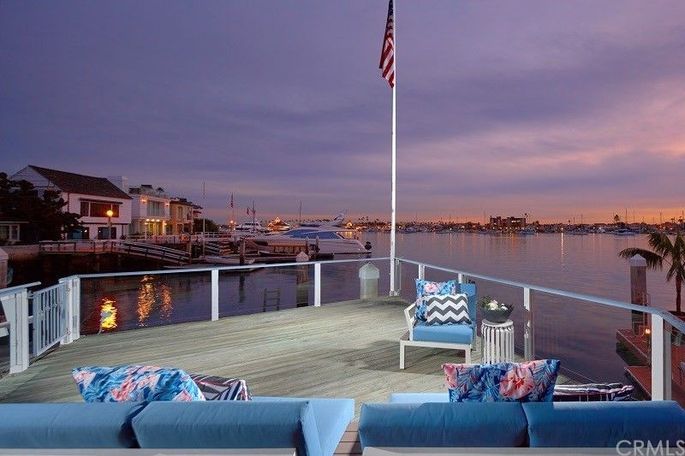 Deck with views of Newport Harbor

But the house itself has plenty to offer. Bright and airy, it features hardwood floors throughout, and floor-to-ceiling windows and doors with access to the decks.

The rooms are generous, particularly the kitchen, which features white cabinetry and counter seating. The great room has a fireplace and dining area, and the living room also boasts a fireplace as well as views galore. 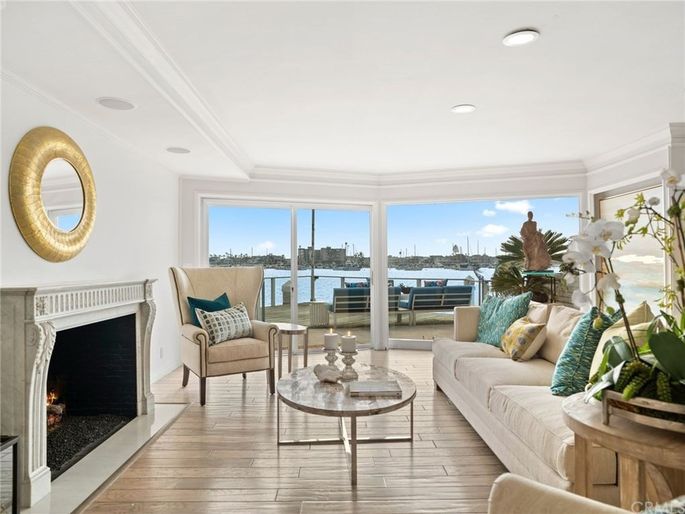 The master bedroom comes with a fireplace, and many of the bedrooms offer cozy window seats. 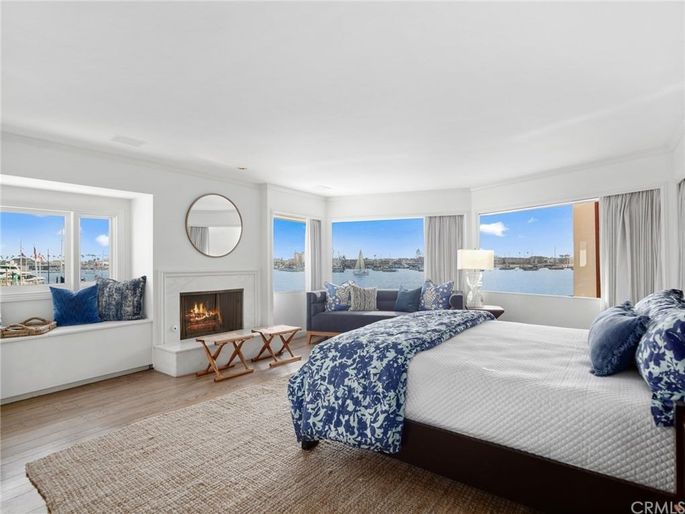 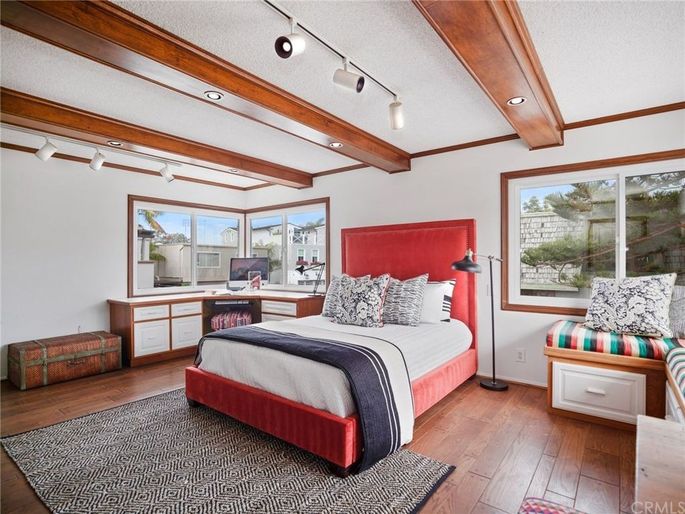 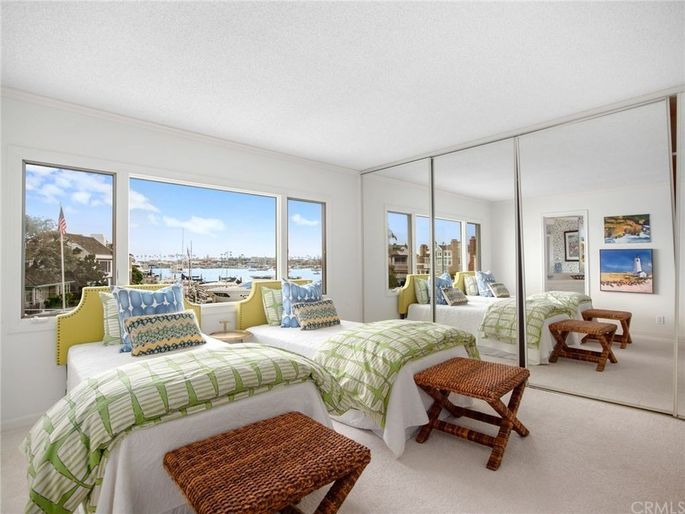 Cagney, who died in 1986 at age 86, owned the island from 1938 to 1948, and it’s rumored that he may have even won it in a poker game. Off screen, Cagney he was a fan of the seas, and was reported to have had boats harbored on both the East and the West coasts. Although he’s known for playing gangsters in “The Public Enemy,” “Angels with Dirty Faces,” and “White Heat,” he was a song-and-dance man who won an Academy Award for his role in the musical “Yankee Doodle Dandy.”