Are you sure?
No Yes
Home    Perfectly Renovated Shotgun Home Available in NOLA for $315K

New Orleans, LA, also known as NOLA, is the place for all things Mardi Gras, gumbo, and beignets. There’s really no other city like it.

Most people know the French Quarter, the oldest and most prominent neighborhood in Louisiana’s Big Easy. But the city’s second-most historic neighborhood, Algiers Point, is also quite the gem.

Right now, a charming little shotgun home from 1890 is available there for $315,000. It’s been lovingly restored to a pristine state by its current owner, Dianne Kennedy. 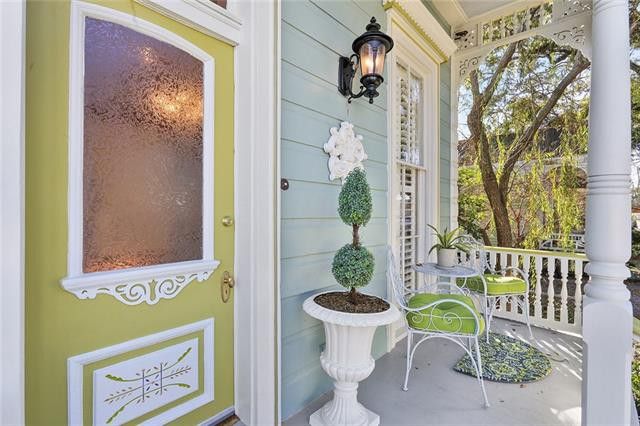 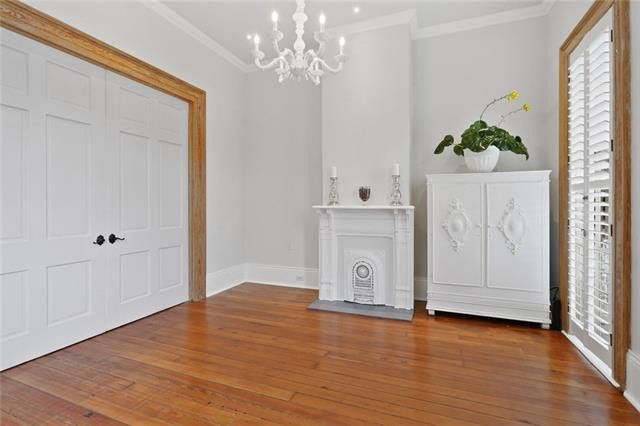 Nearly all the homes in the neighborhood have historic designations, Kennedy said, and the shotgun-style home can be found all over NOLA. This architectural style was popular at the beginning of the 20th century.

The term applied because it is said that you could stand at the front of the home, point and shoot a shotgun, and the bullet would travel all the way from the front door to the back door without obstruction.

The design of a shotgun home makes it quite an undertaking to renovate.

“It is a challenging floor plan for a modern way of life,” Kennedy explained. “For instance, in that period, no closets existed, because taxes were based on the number of rooms, and a closet would have been considered a room.”

That was just one of many challenges she faced when she started making changes, but Kennedy was up for the task.

“She has meticulously restored the home, preserving many of its original details and going above and beyond,” said listing agent Sandy Duplessis. “Such attention to detail is rare.”

Kennedy, a designer with a background in the movie industry, spent 10 years renovating and restoring her shotgun home. She wanted to ensure she could put the money and time into doing it the right way, to ensure the longevity of the property. 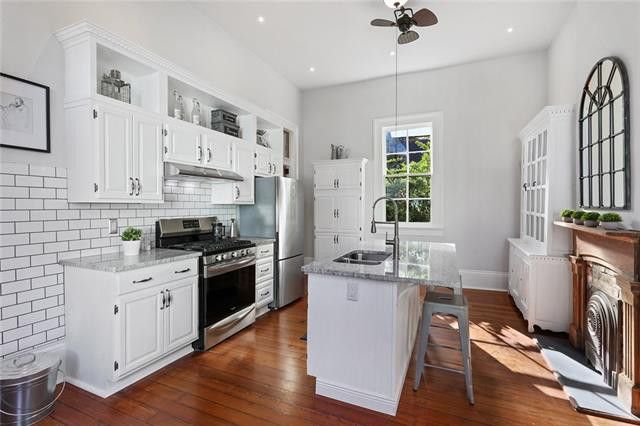 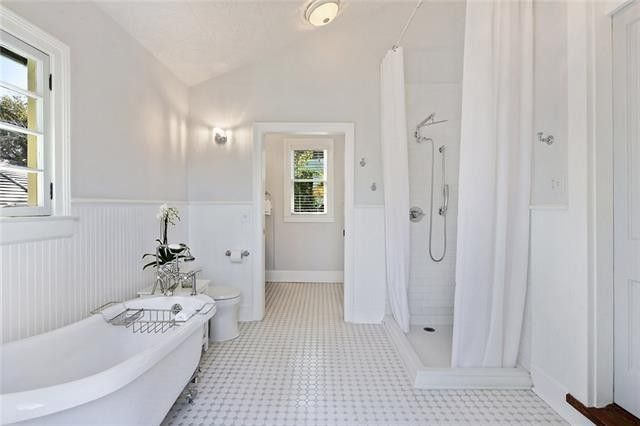 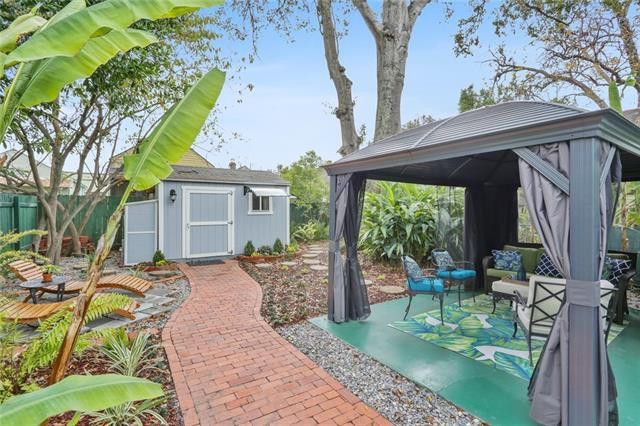 And every inch of the 1,180-square-foot, two-bedroom, one-bath cottage has been renewed. New Orleans is known for being a humid and hot area, so restoration using weather-specific materials on the exterior of the home was taken into careful consideration.

Kennedy added all-new Hardie and cypress-plank siding to the exterior, as well as new flooring and posts to the front porch—all of which were fashioned and prepared in ways to look original to the house.

She also hand-scraped the overpainted door and window casings, which, to her surprise and delight, revealed beautiful, intact cypress wood.

“The grain is exquisite, and can only really be appreciated in person,” Kennedy said. “You just don’t see wood like this anymore, except in these historic homes.”

As for the interior, the same care was taken in renovations. She raised the ceilings up to the original 11-foot, 4-inch height, added recessed lighting, and central HVAC, and updated the bathroom. Plus, she added bathroom access through a porch, so that Kennedy’s bedroom wasn’t the only access point.

“This is a common problem in shotguns,” she explained. She also expanded the windows and added a gazebo outside, as well as many other improvements.

In short, Kennedy created a masterpiece, and this work of art is now ready for a new owner to bask in its glory. With a modest price tag of $315,000, this little home is a steal.

In fact, a buyer has already taken aim at the shotgun house. After just 11 days on the market, it’s in “pending sale” status.

Previous article
What does the rise of Airbnb mean for Vienna’s property market?
Next article
Manhattan property decline worsened as Wall Street boomed