Are you sure?
No Yes
Home    Prague’s unaffordable Old Town sends homebuyers to the suburbs

Almost 8m people visit Prague every year — about six times its permanent population. The Czech capital’s gothic monuments — the Charles Bridge, the Astronomical Clock and the fairytale towers of the Church of Our Lady before Týn — draw thousands of tourists a day to its compact ancient centre.

All these visitors have been a boon to local property owners who have invested in city-centre apartments to rent out for short-term lets. Deloitte calculates that a quarter of Old Town flats are rented out for tourist lets on websites — about 5,000 flats in Prague’s first district are available through Airbnb alone. Now, many think central Prague is becoming an increasingly unaffordable and impractical place to live.

So far, residents’ groups say the city’s attempts to curb the rise of so-called Airbnb investors have been puny. Last month, short-let landlords had to start charging guests a nominal nightly fee of $1 per person.

This may change. Prague mayor Zdeněk Hřib, who has described Airbnb as having turned the city into a “distributed hotel”, is also considering introducing limitations on how many nights a property can be rented out for, or even banning owners from renting out entire flats.

As of yet, no restrictions apply, “so most [property] sales in the Old Town are to buy-to-let landlords”, says Cyril Dejanovski of Svoboda & Williams estate agency. The effect has been to render the city “unaffordable for normal people”, says Ben Maudling from Savills in Prague.

Residential prices have jumped by 10 per cent in the past year, says Dejanovski. Prices at the very top end, for apartments in a prime central, riverfront location, can reach €14,000 per square metre, he says, though Savills says that up to €7,000 per sq m is more usual for “normal, good-quality flats” in central Prague 1 and 2, and for large villas with gardens in Dejvicka, the embassy district.

According to Nationwide, the average home for a first-time buyer in London is 8.8 times the average annual salary.

Renting in Prague is expensive, too. The city is the 11th-priciest European city to rent a flat, according to Deloitte. But the fundamentals are there to entice some 40,000 foreigners to move to Prague each year, mostly from neighbouring Slovakia, but also many from Ukraine and Vietnam.

Prague has a high employment rate and is home to regional headquarters of global companies such as Microsoft and DHL. 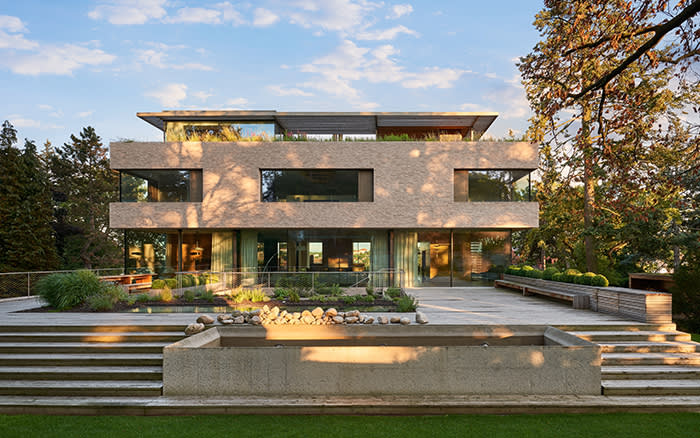 “Besides having great culture and being a very pretty city that’s easy to get around on foot or by public transport, it is a major European hub for the car industry, professional services, logistics and education,” says Maudling.

He adds that the lifestyle in the city centre has changed dramatically in the past decade, with a greater variety of retailers and restaurants, including 200 shops in the new Palladium mall set in an 18th-century building in the Old Town.

Still, when it comes to the practicalities, the Old Town falls short as a place to live, says Dejanovski. “You can’t park your car or find a supermarket.”

So people are looking at former industrial areas near the city centre such as Karlin, with a “hipster” feel to its bars, restaurants and new riverfront apartments, and average prices of €4,000-€5,000 per sq m, according to Savills.

Or there’s Holešovice, “which is where Karlin was five years ago”, adds Dejanovski. The Airbnb overspill is already heading into such areas and similarly up-and-coming Vinohrady and Žižkov, despite their being further away from tourist sites. 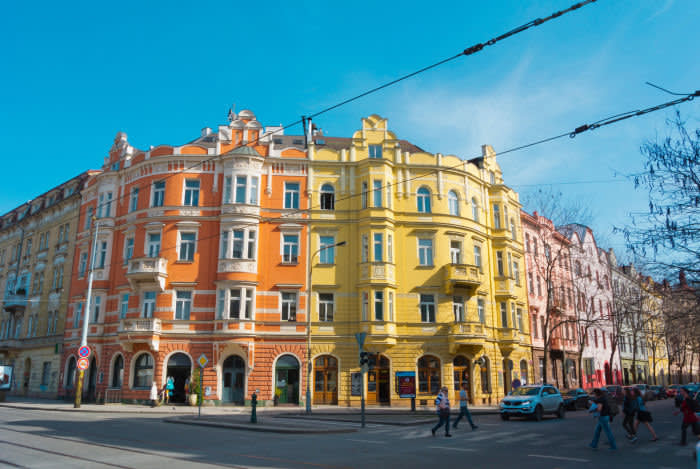 Historically, home ownership has been prized by Czechs, with just 30 per cent of Prague’s housing stock tenanted. But rising house prices and caps on mortgage loans, to nine times borrowers’ salaries, are pushing more people towards renting.

“There is a lack of good-quality rental apartments. They are typically prefab high-rises from the 1970s and 1980s. Young professionals and foreigners aspire to rent more modern apartments,” says Maudling.

Build-to-rent schemes are beginning to appear. Luka Living in Prague 5 is the first, where a two-bedroom, 50m2 flat costs Kcs16,900 (€675) a month. Others are in the pipeline.

Building more homes would ease the supply-demand tension, but the Czech Republic is hampered by one of the world’s slowest planning regimes. “It takes eight or nine years to get a building permit. In that time, the market has changed, the design needs to evolve,” says Dejanovksi.

“Smaller developers are doing refurbishment projects instead, buying old town houses and splitting them into smaller units.” An example is Orelská 13, 19 apartments in an art-nouveau building in the increasingly fashionable Vršovice neighbourhood, east of the city centre. The last remaining units start at Kcs4.5m through Svoboda & Williams. 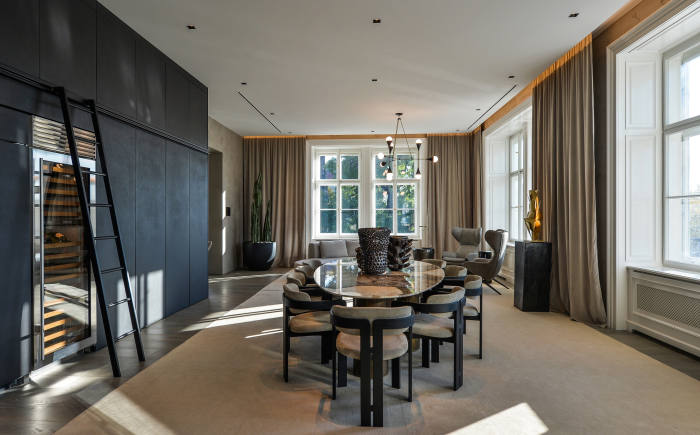 A two-bedroom apartment with river views in the Old Town, $6.426m through Christie’s © Jakub Pelnar

Vršovice has “the classic Prague look at relatively reasonable prices”, says Jana Korpova-Harris, director of the Luxury Property Show. She also suggests investors look at areas with new malls, such as Vysocany. “It’s less interesting to locals due to the commute to the centre, but the area is popular with buy-to-let investors,” she adds. Many expat families find living just outside Prague preferable. Tim Young, a British start-up co-founder, lives in a large, detached house — bought for Kcs5.6m in 2004 and, after a Kcs3m refurb, now worth about Kcs11.2m — near the Vltava river north of Prague, with his wife and three children.

His gripes include the poor quality of state schooling and the high cost of private alternatives, but he says: “Life where we are — surrounded by deer and other wildlife, half an hour from the centre — is great.” He says he feels far safer than he did in the UK — and is safely distant from the Airbnb honeypots.

Buying costs are about 4-6 per cent, including the agent’s 2.5-5 per cent fee. There is also a 4 per cent acquisition tax, which is paid by the buyerThe Czech Republic’s planning process is painfully slow, ranked 157th out of 190 countries by the Doing Business 2020 study Prague’s Old Town saw a 34 per cent increase in tourist accommodation listings between 2016-2018, from 10,310 to 14,000, according to Deloitte

Previous article
Shooting for the Stars, $115M Malibu Estate Is the Week’s Most Expensive New Listing
Next article
Smaller buy-to-let landlords sell up