Are you sure?
No Yes
Home    Seized by the Justice Department, Arc House in East Hampton Is Listed for $2.75M

An unusual arch-shaped home in East Hampton, NY, comes with an eyebrow-raising history. Called the arc house, the modern masterpiece is now on the market for $2.75 million.

Designed in 2010 by architect Maziar Behrooz, the home’s curved shape is inspired by an airplane hangar. With part of the layout built underground into the hillside, the minimalist structure could easily double as a lair for a James Bond villain, as Curbed pointed out when the place came on the market in 2013 for almost $5 million. The unconventional-looking home finally sold in 2015 for $3 million.

According to property records, the buyer was Jessica Meli, wife of Joseph Meli, who was charged in 2017 with running a phony ticket scam with WFAN host Craig Carton. Joseph pleaded guilty to securities fraud and is currently in prison.

In addition to time behind bars, he is on the hook for more than $100 million to be returned to investors defrauded in the scheme. Part of the asset forfeiture seized by the Department of Justice includes Jessica’s prized property in the Hamptons. 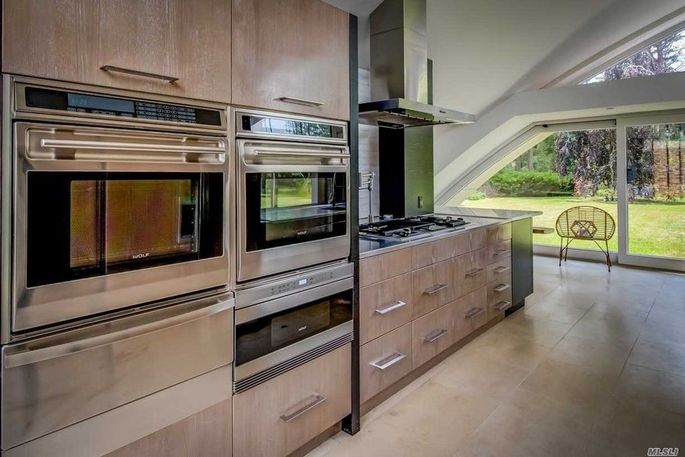 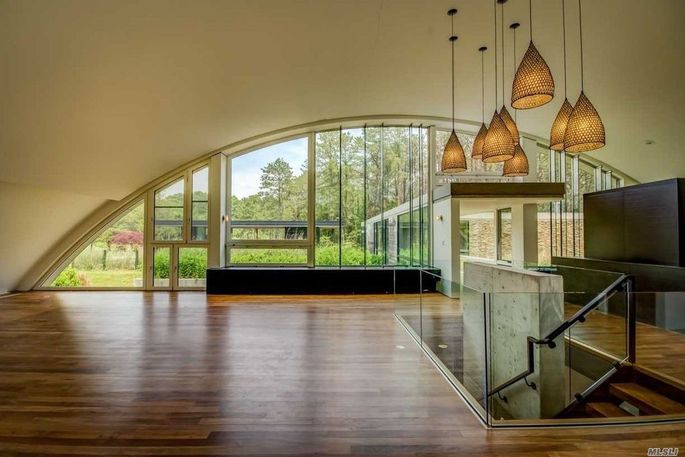 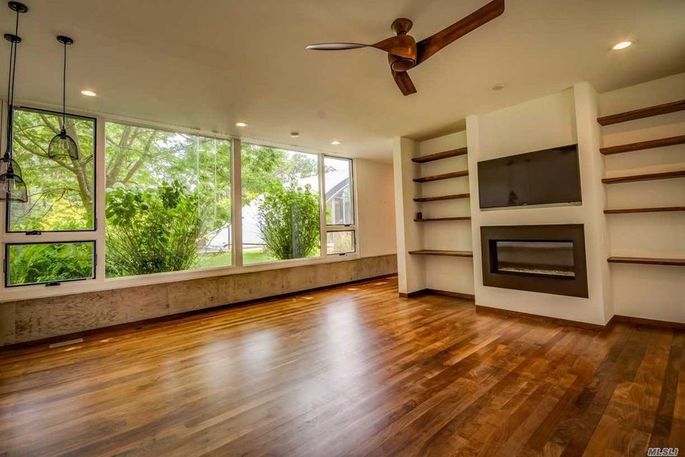 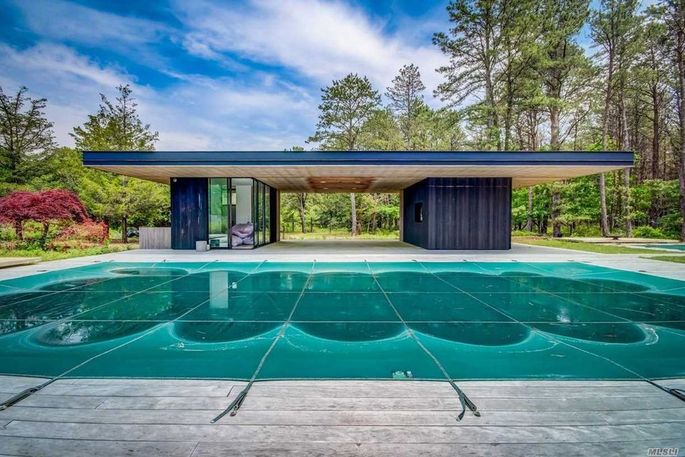 Standing out amid the more traditional Cape Cod–style abodes in the area, the 6,400-square-foot home sits on 3 wooded acres, with about half of its floor plan underground.

Featuring an open layout and two levels, the stone, glass, and wood construction offers flexible living spaces with four bedrooms and four bathrooms, as well as space for an art gallery. The 30-by-60-foot arched living space with floor-to-ceiling windows includes a 16-foot-high ceiling at the apex. Finishes include black walnut floors, lacquered applewood, and limestone.

The open kitchen includes an island, high-end appliances, a pantry, and casual eating nook. In addition, the master suite features a fireplace, bath with dual showers, and towel warmers.

And there’s a recreational suite with pool table, a gym, and a three-car garage. Outside there’s a pool with two pool houses, a fire pit, and a hot tub.

The location is close to the tennis club, village, beaches, and the local airport for an easy commute to New York City, the listing notes.