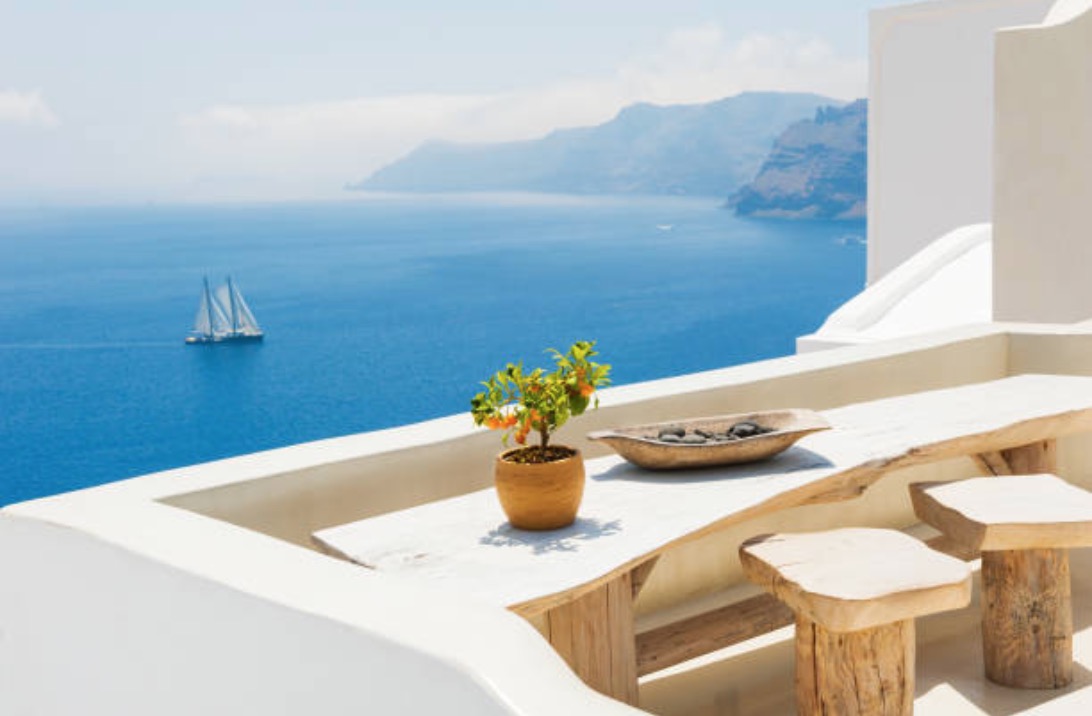 The Property Market in Greece

For decades, the real estate market was one of the most important growth sectors of the Greek economy. Particularly in the days of the drachma, real estate – along with foreign exchange – constituted the only safe hedge against inflation and frequent devaluations of the national currency. At the same time, the illogical system of taxing property – which still applies today – in effect did little to prevent the investment of untaxed income in real estate, which resulted in a sizeable portion of the capital gains on real estate being based on non-taxed amounts.

The adoption of the euro and the ability to borrow at unprecedentedly low interest rates meant large groups of the population were able, for the first time, to purchase their own home, which gave added impetus to the real estate market. This, in turn, led to a tremendous spike in transaction values which in many cases were higher than property values in countries of northern Europe.

However, in contrast with what happened in other countries of the European South, Greek construction companies relied heavily, even after 2002, on their own capital as opposed to bank lending. This conservative approach on the part of construction firms held back the real estate market at least during the first two years of the crisis from 2008 to 2010 when price reductions essentially remained at reasonable levels.

The complete degradation of the Greek real estate market began in 2010 with the introduction of the Emergency Property Tax. This tax, imposed with the aim of achieving budget deficit targets, came in the form of an emergency levy that did not replace but was added to the existing Single Property Tax and the various other taxes levied on real estate.

The economic crisis, the drastic reduction in the availability of housing loans, the over-taxation of property possession and the widespread fear that the country might leave the Eurozone, in conjunction with the opportunity afforded by the common currency for safer investments abroad, pushed Greek property prices to levels lower than those of the 1980s.

Despite the considerable drop in prices, the interest of Greeks in real estate investments in the country has in effect been confined to properties for owner occupation or holiday homes. The market for stores, office space or even apartments for rent is basically at a standstill and there will be little hope of recovery unless the tax on property possession is drastically reduced, because no investor wants at the present time to assume the risk of a property remaining unrented whilst still having to pay not only the maintenance costs but also the sizeable taxes for possession of the property.

The integration of the Real Estate Tax and Emergency Property Tax has been announced but no details have yet been specified, whilst the announcement/commitment that in the coming years taxation must yield the same amounts of taxes as those collected from the Emergency Property Tax leads necessarily to the conclusion that the taxation of property possession in Greece will remain at excessively high levels.

In view of the above, the Greek real estate market at the present time is of interest only to private individuals wishing to purchase properties for owner occupation or for their own holiday use, since to such prospective buyers the issue of investment return is of secondary importance. It should however be pointed out here that particularly in the case of this category of interested buyers, conditions are more than ideal, at least with regard to purchase prices, since in practice the payment amount is determined not by sellers but on the basis of buyers’ offers.

In any event, this renders Greece an ideal locale for investment in real estate of all sorts — industrial, commercial, residential, holiday property. This factor, coupled with Greece’s admission into the EU, renders it a prime spot for realty investment. A significant number of foreign nationals have been attracted to the profitable Grecian real estate market at the present time.

Low cost single family dwellings are rather difficult to find in the Athens metro-plex. If a person is interested in residential housing in that part of the country, the best bet at this point in time is apartments (which will be discussed in more detail shortly).

Understanding the functionality of the Athens residential market, there are a number of different areas beyond Athens in which single family residences can be purchased for a reasonable amount of money.

In addition, in different resort areas around the country there are some splendid (and pricy) villas and other properties that are attractive to well heeled foreign nationals who want second homes and holiday properties. With little difficulty on the hunt, a person with a bankroll to spend, can locate and purchase these types of homes.

Finally, there are farmsteads in different parts of Greece that are on the market. Some foreign nationals have taken to purchasing these types of properties which they then renovate and turn into magnificent second or holiday homes. Oftentimes, these properties can be purchased on the cheap and improved with only a moderate investment and expenditure. There are some foreign nationals who have taken to buying and then improving these properties after which they put them on the market and turn a tidy profit.

With the return of the Olympic Games to Greece, there was a boom in the number of apartments that were being constructed in that country, particularly in and around Athens — the site of the games. Once the games concluded, there was a general consensus that developers had overbuilt apartments in Greece, again particularly in and around the capital city.

With this said and understood the apartment market in Greece (most especially in and around Athens) truly has become one that favours buyers at this point in time. Consequently, many foreign investors have been active in purchasing property for sale in Greece. Many such foreign property buyers have realized outstanding deals in the apartment market in Athens and in surrounding communities at the present time.

As has been mentioned previously, the vacation or holiday real estate market in Greece is “hot.” Indeed, the demand for vacation real estate has continued to increase each and every year since the turn of the century.

The country of Greece is dotted with some of the most extraordinary resort, vacation and holiday destinations to be found anywhere in the world. Tourists from around the globe can be found flocking to Greece each and every year.

An ever growing number of foreign nationals have turned to purchasing vacation or holiday properties in different locations around Greece for two primary reasons. First of all, and as was noted, Greece is a very popular travel and tourist destination. Thus, many of these people are making the purchase of this type of real estate for their own, personal purposes. Through the ownership of this type of real estate, people — including extended families — can enjoy extended holidays in Greece.

In addition to purchasing holiday properties for their own usage, some farsighted individuals are purchasing villas in Greece so that they can then, in turn, rent or lease these properties to other individuals. Because of the large number of people who travel to Greece each and every year, this type of property investment is proving to be very profitable for a significant number of foreign nationals.