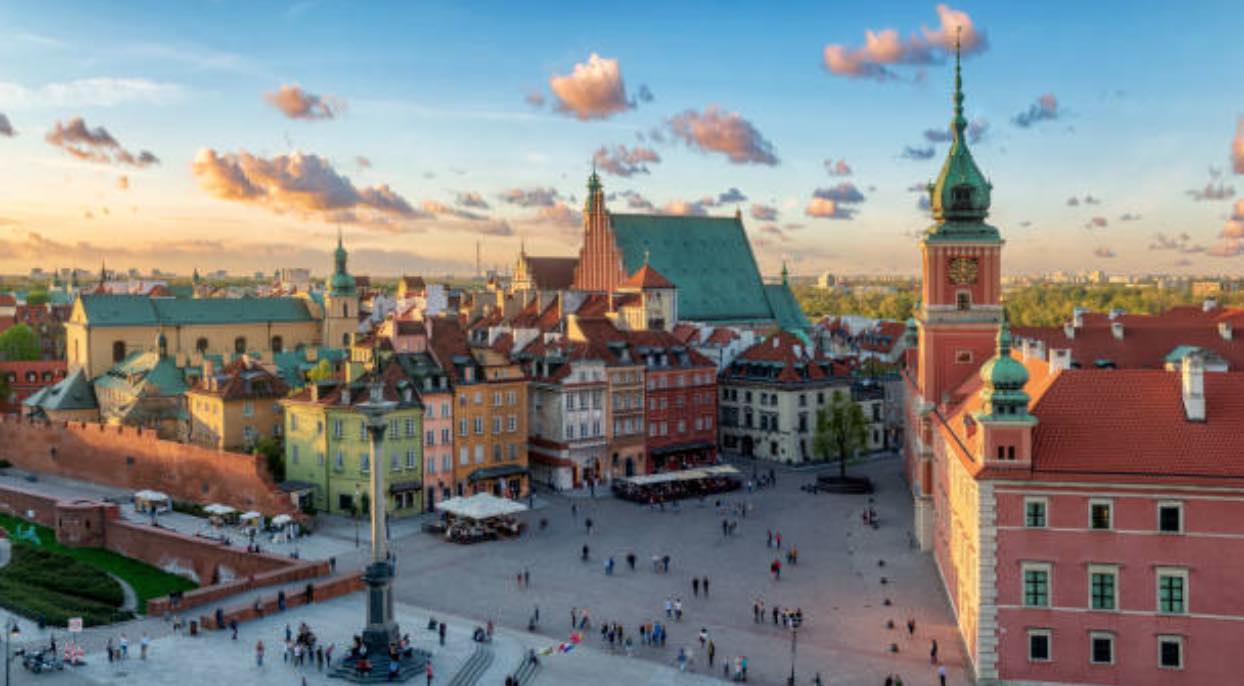 The Property Market in Poland

Being one of the first countries in the Soviet bloc to toss off the Communist yolk, Poland was well on the road to a more liberal economy with more participation by foreign nationals than other Eastern European nations were when the Iron Curtain fully collapsed. Foreign nationals have been investing in many segments of the Polish economy, including purchasing real estate of different types in the country.

Since the Communist government in Poland was ousted, the government of Poland has been active in its efforts to bring foreign investment into that country. As a consequence, the government has encouraged foreign nationals to put their money into everything from commercial real estate enterprises such as office buildings, apartment complexes and other residential developments and even in the construction of industrial properties in some of the major urban centres in the country. The trend towards the involvement of foreign nationals in the Polish investment real estate market is expected to continue onward unabated according to analysts considering the economy and real estate market in Poland.

With that said, there have been some foreign nationals who have family roots in Poland who have taken to buying a second residence within the country. Many of these people are men and women who had parents or grandparents driven from the country during the Second World War or during the period of time that Poland was part and parcel of the Soviet bloc.

There are many interesting and historic residential properties in some of the smaller and more rural communities in Poland. Some foreign nationals have taken to purchasing these properties. These residences do provide solid retreats from the workaday world and have been sought after by more well heeled foreign nationals who enjoy the challenge of renovating and remodelling real estate.

Some people from foreign countries have taken to buying these larger residences in rural locales and have turned them into inns which are being visited by foreign nationals on holiday. These types of inns are sprouting up across the country and are attracting more tourists into the country each and every year. In addition, this type of real estate investment has proven to be very profitable for foreign nationals .

The residential real estate market in Poland, when it comes to apartments and foreign nationals, has done brisk business in the past twenty years. Foreign nationals have been found snatching up apartments — primarily in Polish urban centres and resort venues — for three primary reasons.

First of all, with the Communists out and a more open, democratic government in place, many foreign nationals have come to Poland to do business. Many of these foreign nationals have found themselves within Poland on business for an extended period of time — and have found themselves making repeated visits into the Republic of Poland. In this regard, these business people have found it economical to invest in an apartment for their personal residence for the time they are present in the country on business.

Second, a notable number of men and women from foreign countries have purchased apartments in Polish resort communities. While the drive to purchase vacation or holiday property has been a bit slow in Poland — which will be discussed a bit more shortly — there are a growing number of people from foreign nations who have taken to purchasing an apartment in Poland for holiday or second home purposes.

For the first decade in which Poland was independent of the Soviet bloc, tourism into the country was not a booming business. However, as time has gone forward, more and more foreign nationals are making Poland a holiday destination.

As a consequence, more foreign nationals each year have purchased holiday or vacation properties — primarily in the form of apartments, but a growing number of free standing residences as well. Most real estate industry analysts predict that the number of foreign nationals who choose to purchase second home or holiday property in Poland will increase over the course of the coming decade.

Most of these experts anticipate that the biggest thrust will be in the purchase of apartments in resort communities in Poland. The experts maintain that these foreign nationals generally will be from European Union nations. There has been an increase in foreign nationals from non-EU countries who also have found themselves attracted to resort real estate in Poland at this point in time.

Published in Country Guide and Poland