Are you sure?
No Yes
Home    The taming of Sri Lanka’s top-end housing market

Bobby Spencer is looking forward to renewing his rental contract this month. The 34-year-old, who runs an IT outsourcing company in Sri Lanka’s capital city Colombo, lives in an apartment in a new high-rise residential tower with his wife and daughter.

Since he moved in two years ago, the market has been flooded with new luxury apartments like his and, agents estimate, rental prices have fallen at least 30 per cent.

Spencer likes the facilities in his current home, which include a squash court, gym, several pools and a hairdresser. And, located in the popular prime housing neighbourhood of Colombo 5, it is greener than many downtown areas and near his daughter’s school.

But with so many others to choose from, he will drive a hard bargain if he stays. “Whatever the listing price is, it’s not even close to the reality,” he says.

The country’s slowing economic growth, lower-than-anticipated demand from foreign buyers and the fallout from a terrorist attack last year are putting pressure on its prime housing market after an extended building boom.

Between 2017 and 2019, the average listing price of a home in Colombo fell 4 per cent — following a gain of 52 per cent over the three years between 2014 and 2017, according to property website LankaPropertyWeb.

The actual drop is likely to be much greater, as the arrival of a large number of new, high-priced homes to the market recently has inflated the average asking price.

Chandaka de Soysa, of Acquest, an estate agent in Colombo, says that prices for prime homes are down “between 10 and 15 per cent” since the end of 2016.

Luxury apartments built in Colombo in the past 10 years

Two years ago, $4.9bn worth of new homes were under construction in and around Colombo, a value equivalent to a quarter of Sri Lanka’s stock market at the time, according to a 2019 report by JB Securities, a Colombo stockbroker.

Most were aimed at rich buyers: 75 per cent of new apartments were only affordable to the top 10 per cent of urban households by income — or just 1.6 per cent of households across the country, according to the report. 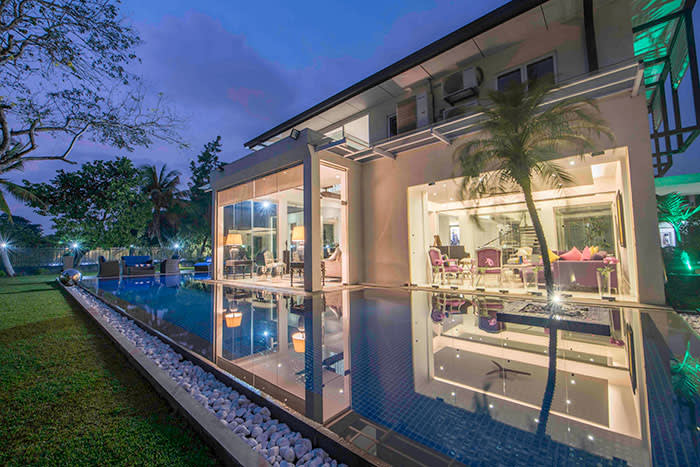 Five-bedroom house in the Colombo suburb of Rajagiriya, $1.51m through Acquest

In the past 10 years, more than 7,600 luxury condo apartments have been built in and around the capital city, according to the Central Bank of Sri Lanka (CBSL), and a further 14,300 are either in development or planning.

However, Asela Gunatilake, who wrote the JB Securities report but now works for Sri Lanka’s ministry of finance, estimates that demand for the new homes is only about 1,700 per year.

A small proportion of that demand has so far come from overseas buyers and, according to Murtaza Jafferjee, CEO of JB Securities, demand from rich members of the Sri Lankan diaspora has fallen well short of developers’ expectations. As a result, sales in some of the most prestigious new Colombo developments have stalled.

Luxury apartments currently in development or planning in the city

The Sapphire Residences launched more than a year ago and has sold just six apartments out of 132, according to a local agent who asked not to be named. The developer, ITC, declined to confirm the sales figures. Many of the new luxury developments located in Colombo 2, a popular downtown area, have similarly stalled. 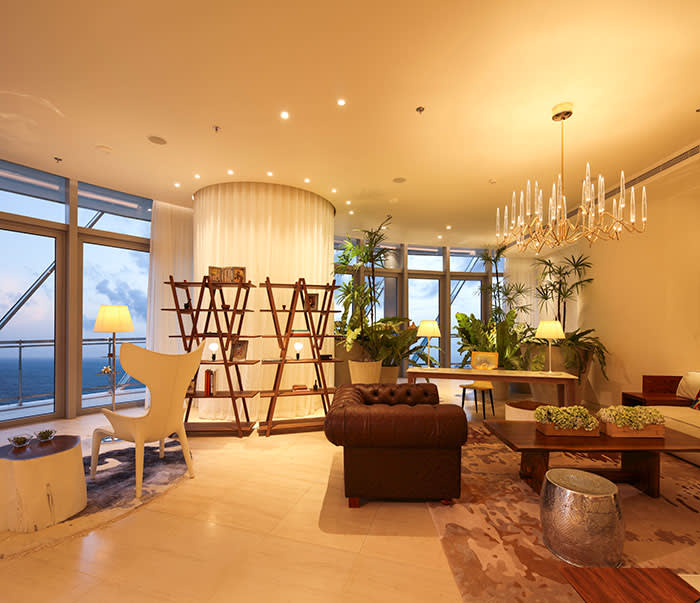 A room at the Sapphire Residences, where a four-bedroom apartment on the 44th floor costs $3.295m

As more apartments go on sale, prices are likely to fall further, says de Soysa. “I expect they will keep falling for the next two to three years.” 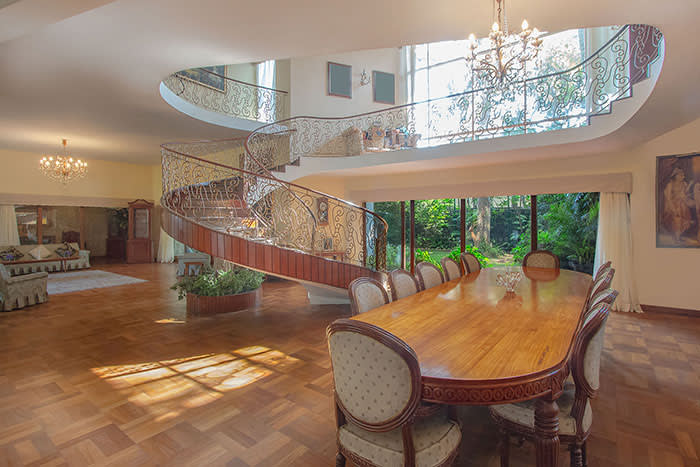 An eight-bedroom house in Colombo 7, $2.48m, through Acquest

While most wealthy foreigners who settle in Sri Lanka are based in Colombo, few buy homes there. According to data from CBSL, just 3 per cent of luxury condo sales in Colombo go to foreigners.

Instead, it is the country’s second-home market — particularly beachfront homes on the south coast — that holds most appeal, thanks to the combination of climate and cheap house and land prices. 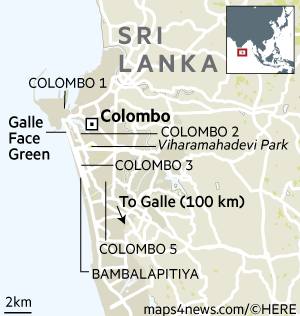 In the city of Galle, famed for its Dutch colonial architecture, many enterprising expats bought dishevelled homes inside the ancient fort when the country’s civil war ended in 2009. The coastal strip to the city’s east includes the popular beach towns of Weligama, Midigama and Mirissa.

The road that connects Colombo to Galle in two hours — the country’s first motorway, which opened in 2011 — is now being gradually extended east, helping drive a ripple effect of rising home prices along the coastal stretch.

Acquest is selling an eight-bedroom house with a garden in Colombo 7 for $2.48m. It was listed in August 2018 for $2.96m. “Although the house looks decent,” says de Soysa, “the value of the building is virtually zero, it is all land value.”

The same agent is selling a two-bedroom apartment on the 27th floor of a building in the Colombo City Centre complex for $375,000, down from $420,000. Sotheby’s International Realty lists a four-bedroom apartment in Sapphire Residences for $3.295m.

Besides falling prices, foreign buyers face the added headache of how to purchase a home in Sri Lanka. Foreigners are entitled to own condos in Colombo, which are sold on 99-year leases, but in the vast majority of cases they cannot buy land.

One way buyers use to get round this is to set up a company that owns the home — but the majority shareholder needs to be Sri Lankan.

The legal status of set-ups like this is uncertain, says Tim Blair, a retired banker from the UK who owns four properties in Sri Lanka. “Different law firms propose different structures, but they are not fully tested by Sri Lankan law,” he says. 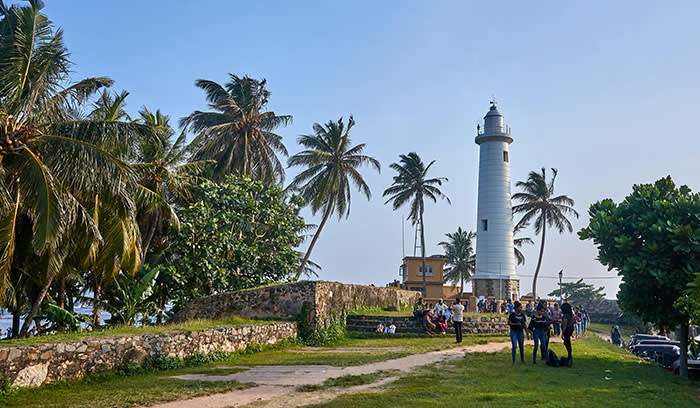 To test the accuracy of the title, a lawyer should go back at least 30 years, says Blair, and buyers should speak to local people about the history of the land. “Move slowly and seek advice from local people,” he says. “If something seems too good to be true, then it probably is.” 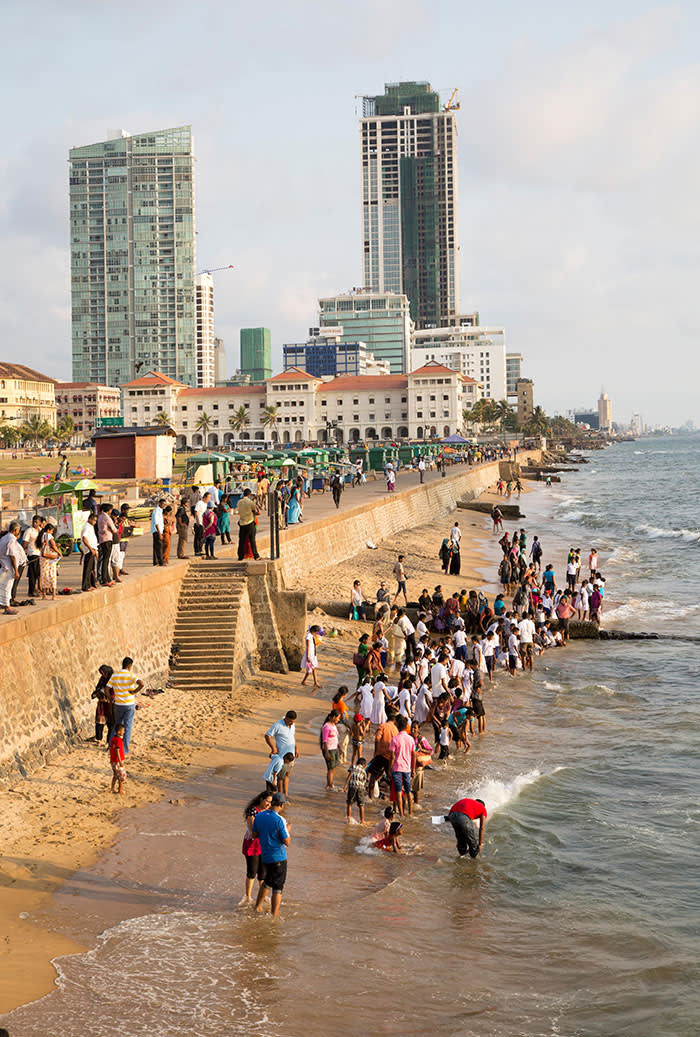 The beach at Galle © Alamy

What is stopping Bobby Spencer from buying a new condo is not the fraud risk but the prospect of losing money. He worries his new home would soon become old news as buyers became distracted by the next launch.

“Even if I bought something really great, if another development that was better at marketing came along, mine would fall into the shadows, impacting its price,” he says. For the time being he will stay renting, working the market’s current oversupply for all it is worth, in negotiating a discount on his next home.