Buying Property Abroad
These 10 Cities Will Dominate Home Construction in 2019
Previous article
The Malibu House That Was Prepared for One of the State’s Worst Wildfires
Next article
Revealed: the cash cost of WeWork's global expansion
Find Property Abroad

Are you sure?
No Yes
Home    These 10 Cities Will Dominate Home Construction in 2019

Home construction across the United States is slowing down—and the timing couldn’t be worse.

The country is already at its lowest point in a decade for housing affordability, due largely to the shortage of homes on the market. In February this year, according to U.S. Census Bureau data, 9.9% fewer homes than a year ago had been started but not yet completed. The lack of newly constructed homes is only exacerbating the crisis.

But hold on! There are still a number of markets in the country where foundations are being poured, frames are being erected, and contractors are contracting, everywhere you look. The realtor.com® data team went out and identified these boom towns for new construction. These tend to be high-demand metropolitan areas* with plentiful gigs, lots of amenities, and ample room to grow.

“Adding new homes is key to a city’s economic health,” says Robert Dietz, chief economist of the National Association of Home Builders. Much of the new construction he’s seeing is in the South and Southwest, where land and construction labor is cheaper and there are fewer costly and time-consuming building regulations. (New York City and Los Angeles, our outliers, made the list simply because they’re so darn big.)

Despite the fact that new homes tend to be more expensive than existing ones—about 26% pricier, thanks to high labor, materials and land costs—they help to keep runaway home prices at least somewhat in check by providing buyers with more options. It’s the housing circle of life: “Markets that add inventory keep housing affordable and in turn attract more businesses and startups in those areas,” says Dietz.

To come up with our findings, we analyzed census data to figure out where builders scored the most residential construction permits. The permits are for single-family homes, condos and co-ops, apartments, townhouses, and duplexes. They’re not an iron-clad guarantee that new housing will be completed an average of seven months later. But they’re the best indication that it will.

So where is building booming?

Cities building the most new homes 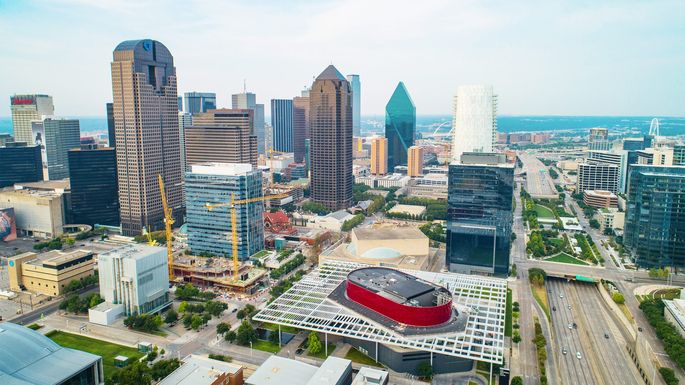 Big companies, like Toyota, are relocating or expanding into the Big D at a breakneck pace, ushering in a torrent of new residents. That’s kept builders busy.

Unlike the coasts, this large metro area has lots of relatively inexpensive land available for development.  Plus, Texas is known for its builder-friendly laws and regulations, and some of the area’s northern suburbs and smaller cities are big-time beneficiaries. Frisco, 40 minutes from downtown Dallas, has tons of new 4,000-square-foot two-story houses with big yards. It was named the third fastest-growing suburb by realtor.com last year.

And buyers here don’t have to be millionaires to own new homes.

“We’ve hit a ceiling with how high price appreciation can go up,” says Ted Wilson, principal at Residential Strategies, a real estate market research firm in Dallas. “So builders over the past two years are trying to get more in the affordable price points: $250,000 to $350,000. That range is the name of the game right now.” 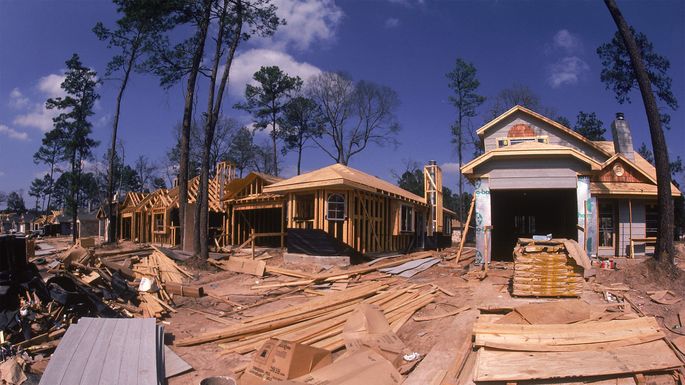 The devastation of Hurricane Harvey, which barreled into the city in August 2017, is one reason permits are up. Many residences had to be razed and rebuilt, while some folks opted to build new homes in less flood-prone areas.

And new homes these days are smaller and at a lower price point. Why? Because of lots of first-time buyers and folks downsizing.

“Millennials are getting to the stage in life where they are buying homes,” says Lawrence Dean, a Houston regional director at Metrostudy, a property research firm. “And there are more empty nesters who are downsizing because they need less space.”

One of the hottest spots to snag a new home is in Sienna Plantation, TX, a master-planned suburban community 40 minutes south of downtown Houston. Homes here range from entry-level, three-bed, two-baths priced around $300,000 to luxury abodes starting at over $600,000. 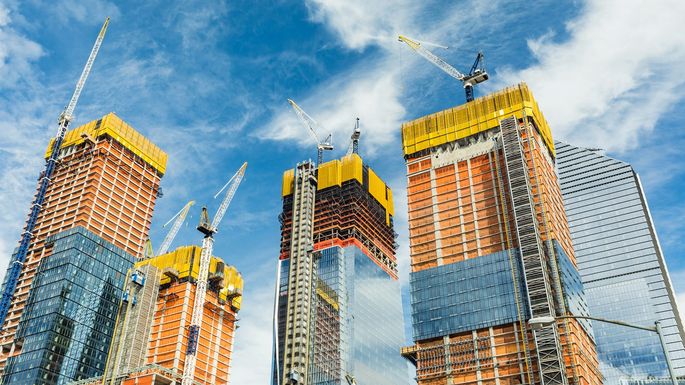 The first phase of Hudson Yards, the long-awaited megadevelopment, opened to much fanfare last month. The nation’s most expensive building complex ever, it created a brand-new Manhattan neighborhood of luxe residential towers, shopping, office space, and a stairway sculpture like a massive honeycomb. When it is fully completed, it will provide 20,000 new housing units near the Hudson River.

Nonetheless, construction is slumping in most parts of the metro.

Building permits dipped 3% in the region, which includes not just the five boroughs of the city, but also the surrounding New York state, New Jersey, Connecticut, and Pennsylvania suburbs. That’s because land and skilled labor aren’t easy to come by—and aren’t cheap.

“Building of high-end condominiums, the bulk of the new developments in the city, has cooled,” says Jonathan Miller, a New York City-based real estate appraiser.

The slowdown has actually been playing out for years. In 2014, the luxury condo market peaked. Two years later, it had become harder for developers to obtain financing, so they put up fewer projects.

The New York metro still made this ranking because of its sheer size and because there are still certain pockets of continued development. Long Island City, Queens, which recently won—and then lost—its bid to house Amazon’s HQ2, has lots of high-rise condos and apartment buildings going up. Still. 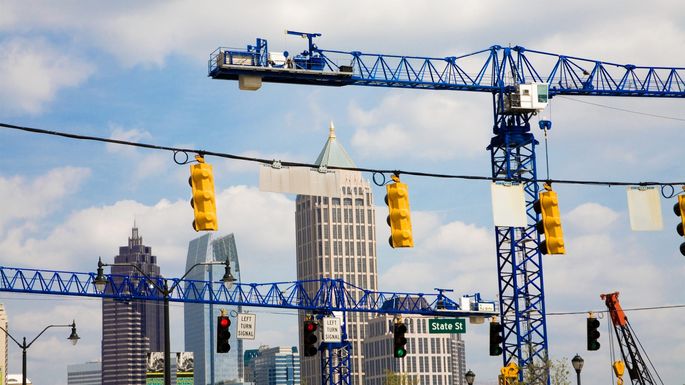 Atlanta is known for its sprawl—which keeps moving farther and farther out from the city’s center.

One of the fastest-growing communities in the area, and the nation, is the suburb of Scottdale. The bedroom community is just 25 minutes northeast of Atlanta, and buyers can scoop up homes there at around $250,000, significantly less than the median in the city. But that growth has come at a cost: Home prices rose 178% in the last five years.

Despite a surge in permits, there still aren’t enough new homes for sale here. That’s why many would-be new home buyers are turning instead to places renovated by flippers—and why Atlanta was among the Top 10 cities for home flips last year. 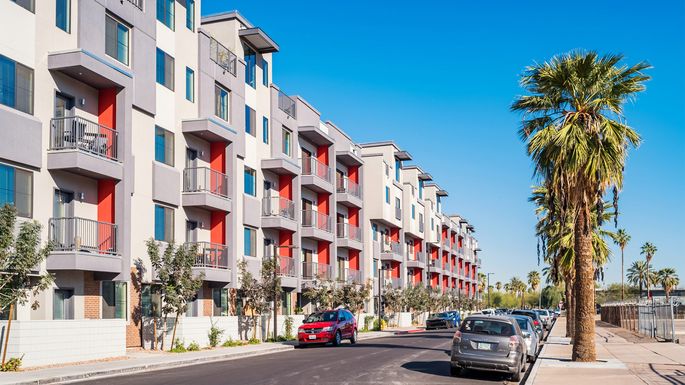 More people are moving into Phoenix than anywhere else in the nation. The biggest group of these newcomers are coming from high-priced Southern California—and are willing to pay top dollar for newly constructed homes.

“In many cases, they are able to sell their home in California for a sizable equity and buy something bigger in Phoenix,” says Ali Wolf, director of economic research for Meyers Research, a real estate consulting firm that specializes in new-home data. Often they’re buying sprawling, spanking-new, 3,500-square-foot four-bedroom homes that can sell for over $600,000. “But the influx of California transplants is making affordability one of the biggest challenges for potential buyers here.”

The City Council will vote this week on a proposal to transform the Phoenix Central Station transit center, which is mostly open space, into a $231 million development of apartments, student housing, offices, shops, and restaurants. 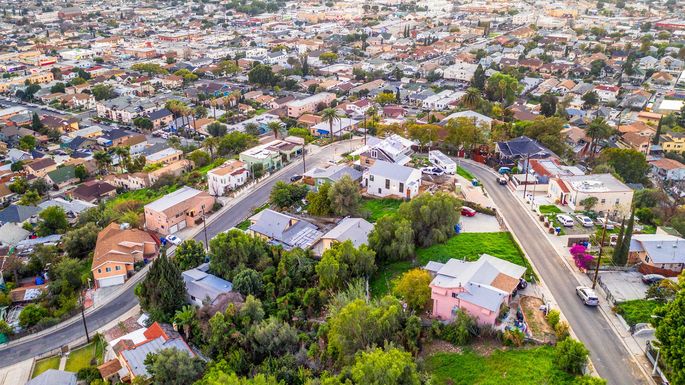 Southern California has some of the strictest building rules in the country. And L.A.’s inclusion on this ranking doesn’t mean that building is finally picking up—because it isn’t. Indeed, for three consecutive years, the number of authorized permits in the L.A. market has fallen. And the homes that are going up tend to skew high-end.

“Builders have been too focused on bringing luxury product onto the market and forgot about entry-level,” says Wolf of Meyers Research. When they finally realized the need and started looking into it, she added, “land prices were already too high.”

Much of the new development is happening outside the city, in smaller markets like Irvine. In January, a luxury town house complex opened, with 39 units costing around $850,000 each.

“The costs for builders in L.A. are extremely high,” Wolf says. “Love it or hate it, California has some of the strongest environmental laws, and that cost gets pushed onto builders”—and hence to buyers. 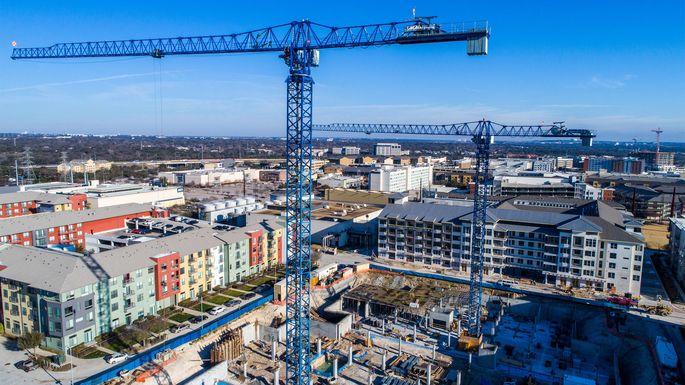 Builders in Austin are building both up and out. Young buyers are buying condos in new high-rises in downtown. And growing families are pushing the development of sprawling subdivisions in the ’burbs.

Much of the growth is east of the city. The population of Manor, TX, about 20 minutes east of Austin, has exploded, from 1,000 residents two decades ago to about 10,000 today, making it one of the fastest-growing suburbs in the nation. It’s filled with new three- and four-bedroom homes designed for families.

“They are actually building more housing than current job growth can support,” says Annie Radecki, senior manager at John Burns Real Estate Consulting. This overbuilding is one reason that the median list price is down 3.9%, year over year. 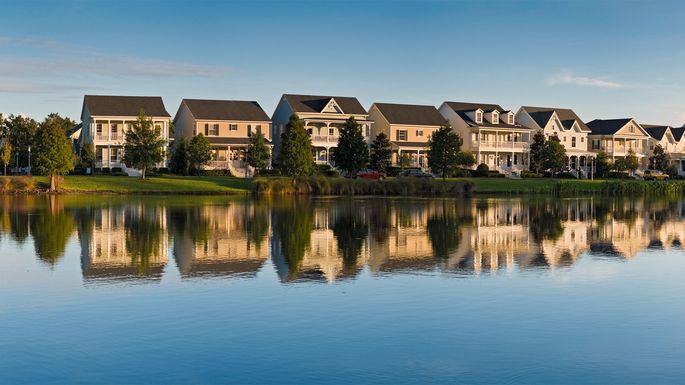 More permits were issued to builders in the Orlando market last year than in any year in a decade. That’s because builders are trying to keep up with the demand in the outer suburbs, places like Lake Nona and St. Cloud.

Orlando had the fifth-highest uptick in new residents, according to realtor.com’s December analysis. These are typically professionals and retirees fleeing the cold and high prices of the Northeast and those leaving hurricane-devastated Puerto Rico.

These newcomers are buying up new three- and four-bedroom, single-family homes in subdivisions with fitness centers and pools in communities like Lake Nona. 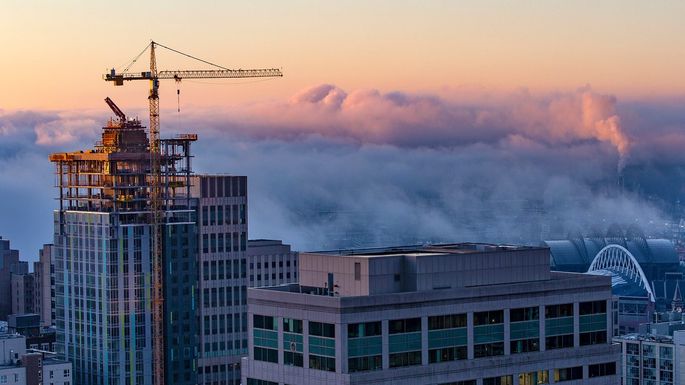 Fun fact: Seattle and Bellevue, its neighboring city across Lake Washington, currently have more cranes at work than anywhere else in the nation, according to the construction advisory firm Rider Levett Bucknall.

New construction is desperately needed in the Emerald City, where home prices have grown by double digits, creating an affordability crisis for many folks. Heck, even as the overall housing market cools in Seattle, prices are still up 12.2% year over year.

“Despite record-high construction, the number of new jobs still exceeds permits by a significant amount,” says Radecki of John Burns. “The longer that happens, the more prices get pushed up.” 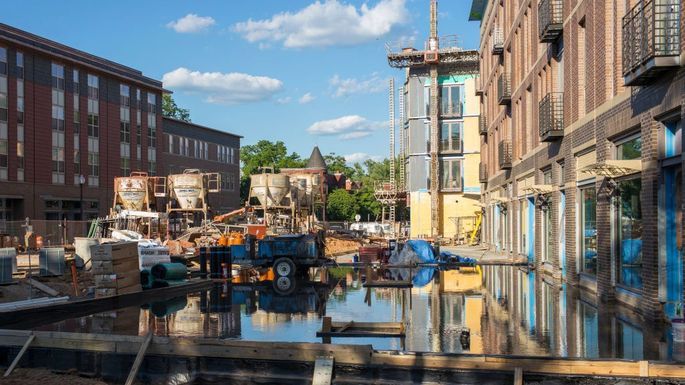 Even before Amazon announced that it would open another headquarters in Crystal City, just outside the nation’s capital, the lack of affordable housing had been a big issue. The number of permits secured by builders still isn’t enough to keep up with the anticipated demand for places to live.

“This is a market that has been underbuilt,” says NAHB’s Dietz. And the high home and rent prices make it tough for millennials. “A lot of younger individuals move here and take lower-paying Capitol Hill or government jobs and have a hard time finding a place to rent where they can save for a down payment and pay down student debt.”

But much of the construction these days is of more reasonably priced condos and town homes in the suburbs of northern Virginia. Condos and town homes go for a median $399,800 in Fairfax County, VA, about 30 minutes from DC, compared with $600,400 in the city itself.

* A metropolitan statistical area is a designation that includes the urban core of a city and the surrounding smaller towns and cities. Census had data for only around 400 metros.

Previous article
The Malibu House That Was Prepared for One of the State’s Worst Wildfires
Next article
Revealed: the cash cost of WeWork's global expansion