Are you sure?
No Yes
Home    Who Will Invest the Capital to Secure This $40M Mansion in Palo Alto?

Listed for $39.98 million, this 10,877-square-foot mansion is reportedly owned by Owen Van Natta, former chief operating officer of Facebook, according to SF Gate. The sales record for a single home was set in 2017 for $30 million.

Built in 1917, the five-bedroom, nine-bath English Tudor is located in the coveted Old Palo Alto neighborhood, a 30-minute walk to University Avenue’s shops and restaurants. Because most Palo Alto lots cap out in size, this property’s 1-acre lot is a rarity.

“To get into an acre lot, you’re going to have to go up into the hills,” says listing agent Michael Repka of DeLeon Realty. “To be in Old Palo Alto, nobody has that amount of space. You can’t put in a tennis court anywhere else.”

It’s no surprise that this spread comes with a tennis court. 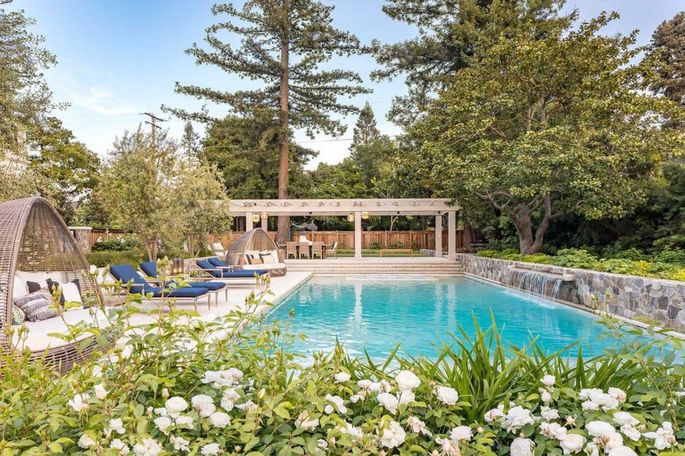 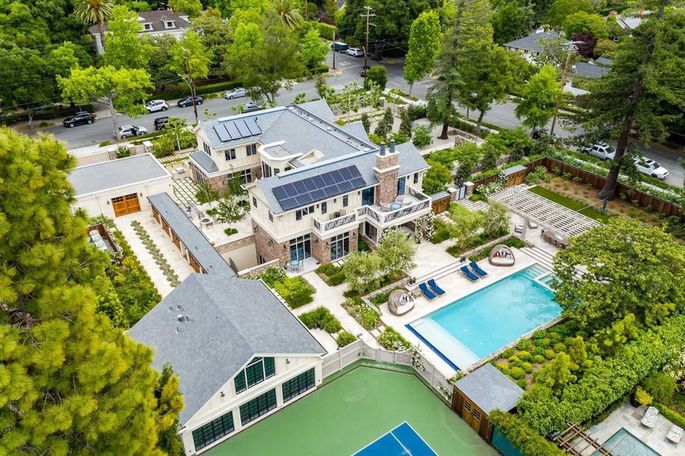 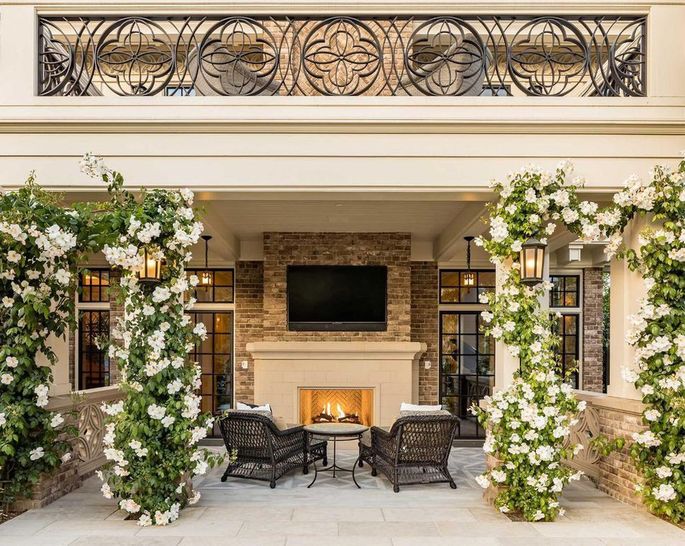 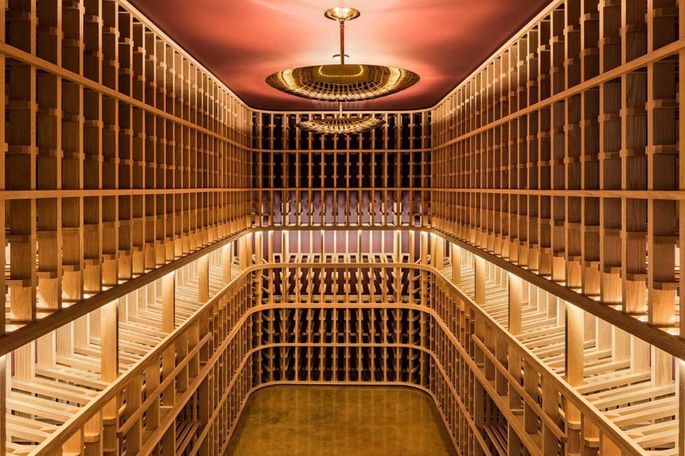 The property was completely redone in 2017, including the addition of the tennis court.

“It’s the equivalent of a professional tennis center or a resort that specializes in tennis,” says Repka. Further proof of this property’s resort cred: a badminton court, artful landscaping, and pool with waterfall.

Designer Ken Fulk worked on the interiors, adding features such as a billiard room (it could also be used as a library), a wine cellar large enough to dine in, and—in the baths—marble-walled showers as well as a free-standing soaking tub with gold finishes.

Iron railings, decorative molded and boxed ceilings, and hand-painted walls mesh beautifully with the historical character and modern design. New multipane windows are a nod to English Tudors but are square-topped instead of arched for a modern tweak.

In the kitchen is a marble-wrapped island and high-end appliances, including a range imported from Europe in the palest shade of green. The multiple gathering spaces in the home—from a gym to an outdoor fire pit and fireplace—are ideal for entertaining.

“I see a lot of high-end properties,” says Repka, “but I’ve never seen anything with as much attention to detail. The materials (for the restoration) were brought in from all over the world.” 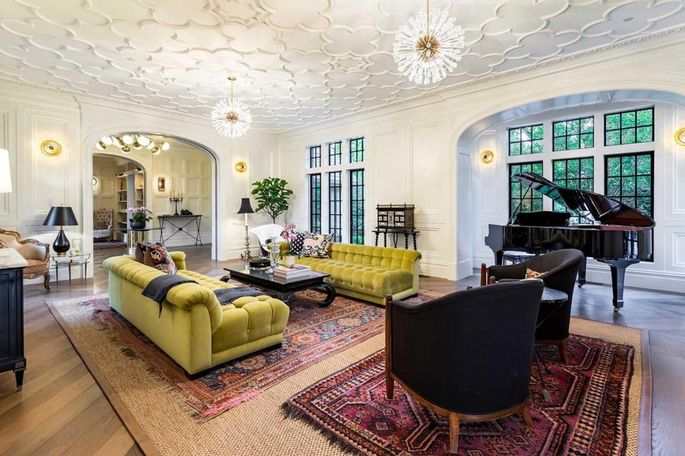 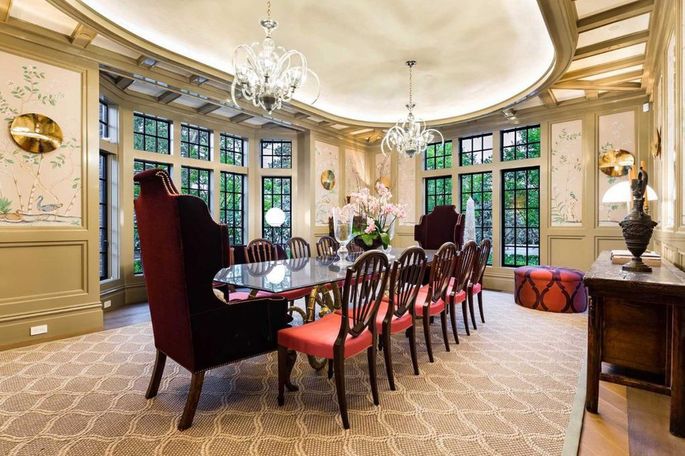 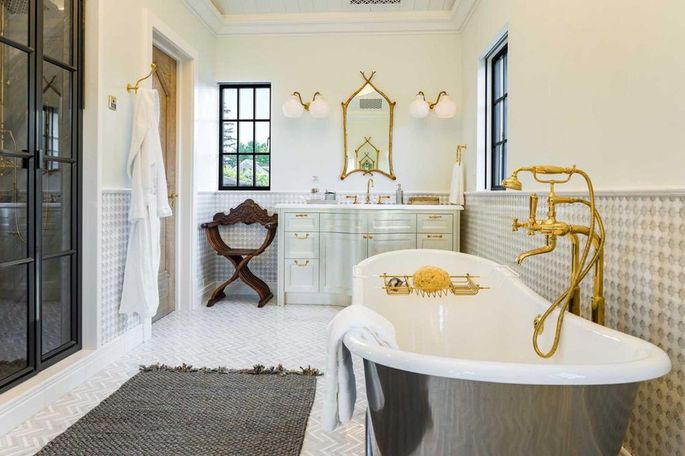 One of the baths 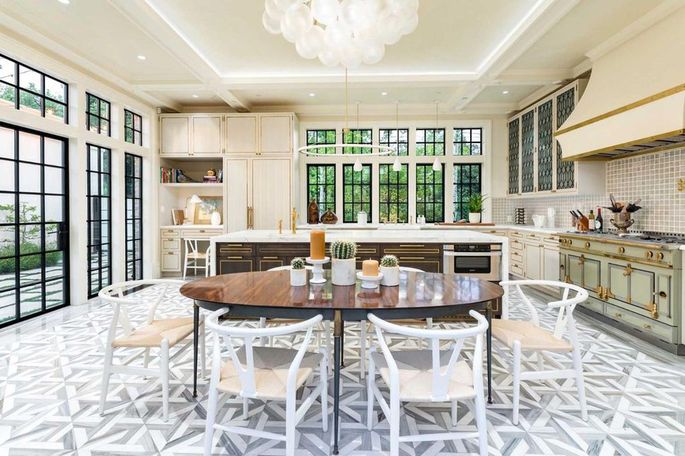 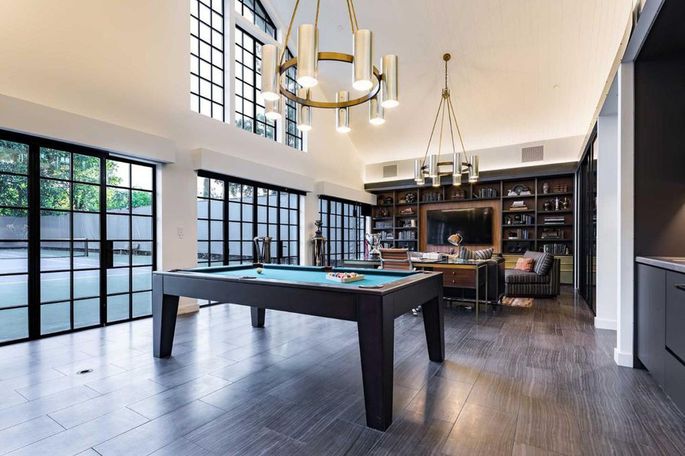 Who will plunk down the enormous amount of cash needed for this coveted address in the heart of Silicon Valley? It will probably be “a super successful person in technology who wants to live in Palo Alto in a statement home,” says Repka, who’s been marketing the property internationally.

“As people are moving here from other parts of the world,” he says, “particularly China and India, there’s a benefit to having a true trophy property. It works well for the foreign venture capitalists coming over, for them to establish credibility.”

It turns out Palo Alto is hot right now—even for affluent folks in the tech industry.

“They would rather have an address in Palo Alto than someplace that’s more showy, like Atherton,” Repka says, referring to the nearby San Mateo County community where Facebook’s Sheryl Sandberg and Google’s Eric Schmidt call home.

Palo Alto, he says, has more of a socioeconomic blend and feels more like a town than the exclusive enclave of Atherton. Tennis, anyone?

For more photos and details, check out the full listing.